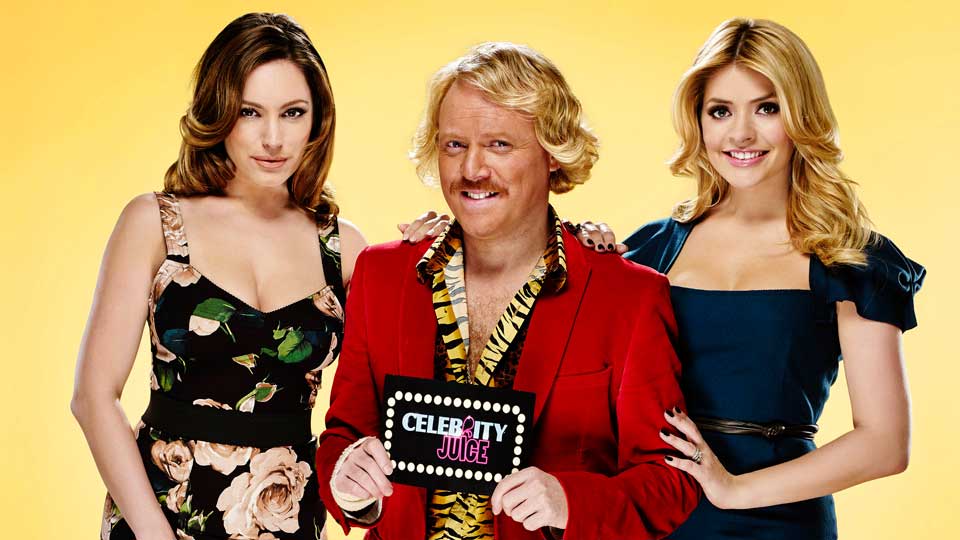 Leigh Francis is without a doubt one of the funniest men on our television at the moment.

Having brought us Bo Selecta, he’s now riding high in the ratings with the hilarious Celebrity Juice.

Celebrity Juice won the award for the best Entertainment Programme last night, and here, Leigh talks to us about meringue-making, Eamonn Holmes and his co-presenters Kelly Brook and Fearne Cotton.

Hi Leigh, how are you tonight?

Who is your favourite on Celebrity Juice, Kelly Brook or Fearne Cotton?

We saw you guys on ITV’s This Morning the other day, did you pick up any cooking skills?

No, I’m not really into cooking if I’m honest. I throw myself into things, and when they asked me to do it, I was all for it! I like to have a go at things.

You made quite an impressive meringue.

Yeah, I ate it all afterwards as well! It was good!

Would you do some kind of Celebrity-Bake-Off challenge?

What will you do if Celebrity Juice wins tonight?

I will probably say something inappropriate, and then some newspapers like The Daily Star will make up some lies like I’ve been booed off like they did the other week. I didn’t get booed off. I was making a really long speech, and waiting for someone to tell me to get off. I didn’t say anything about Eamonn Holmes either. He said that ever since he was an eleven year old boy he’d dreamed about being a broadcaster, and that eleven year old boy is still inside him today. And I said congratulations on Eamonn Holmes for carrying an eleven year old boy inside him all this time. I don’t know how he’s done it, it’s a bit weird, but well done. I didn’t mean it about his weight and I’d never say that. The woman who wrote it apparently wasn’t even there when I said it. I shouldn’t really care, but I do, and I don’t want to pass Eamonn and say that everything I’ve just said to you isn’t true, you know what I mean? It just takes too long, and then I’d be late, and you’d be late.

Thanks for sharing that with us Leigh, and good luck tonight.

All right, thanks. If we win, you’ll know!