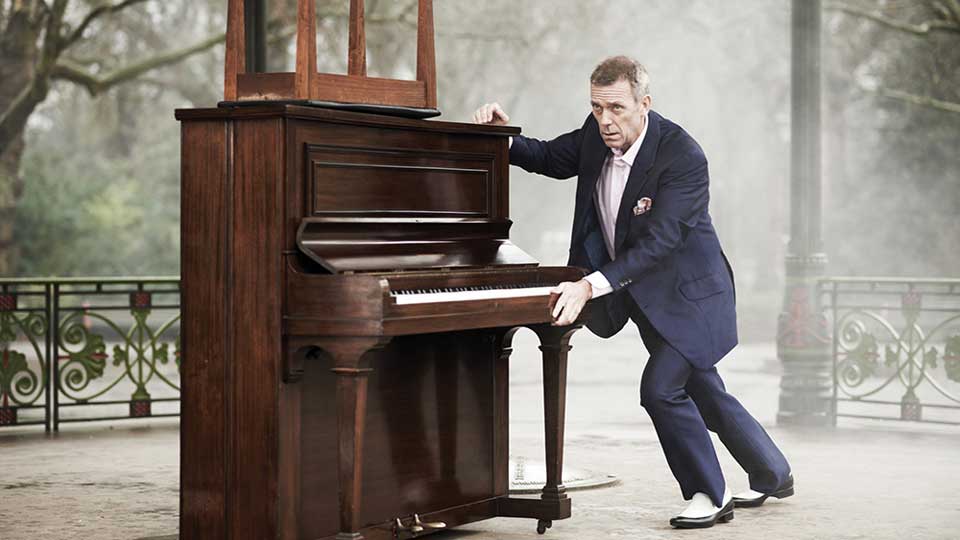 Hugh Laurie has announced the release of his second album Didn’t It Rain on 6th May through Warner Music Entertainment.

The album is the follow-up to the critically-acclaimed Let Them Talk which was released in 2011 and sold over 100,000 copies in the UK. For Didn’t It Rain Hugh departs the sounds of New Orleans and moves upstream into the American Heartland. It includes songs dating back to early pioneers W.C. Handy (St Louis. Blues) and Jelly Roll Morton (I Hate A Man Like You) to more recent artists such as Dr. John (Wild Honey) and Alan Price of The Animals (Changes).

“I have resolved to forge on, deeper into the forest of American music that has enchanted me since I was a small boy,” explains Laurie. “And the further I go, the more bewitched I become – both by the songs and by the people I have been lucky enough to play them with.”

Didn’t It Rain is produced by Joe Henry and was recorded at Ocean Way Studio in Los Angeles. Once again Hugh is supported by the Copper Bottom Band and features vocals from Gaby Moreno and Jean McClain.

In support of the album Hugh will hit the road in June for a UK tour calling at the following places:

Advertisement. Scroll to continue reading.
In this article:Hugh Laurie