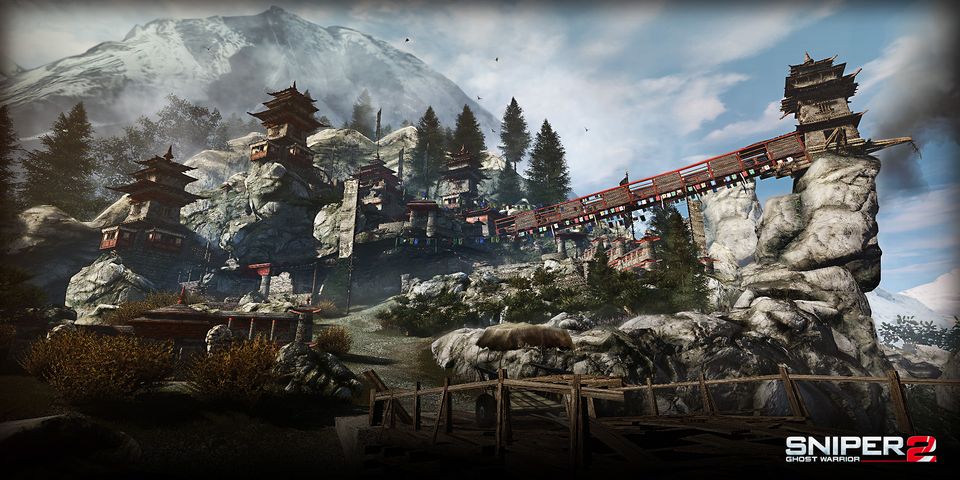 [quote by=”Marek Tyminski, CEO of CI Games”]From the suspenseful tactical sniper experience and multitude of real world locations, to the incredible visuals, advanced AI and intelligent physics using Crytek’s, state-of-the-art, CryENGINE3 , Sniper: Ghost Warrior 2 is a game built for the modern military video game enthusiasts. Free multiplayer DLC containing two new maps and an exciting additional game mode is just the first step in our plan to support the Sniper: Ghost Warrior 2 experience for our fans after launch. We will also soon release a dedicated update to the PC version of the game that will allow gamers to enjoy all the advantages of DirectX 11.[/quote]

The Free downloadable content (DLC) pack will introduce new multiplayer maps (Tower Defense and Temple Crossing) and a completely new game mode. Available in upcoming weeks for Xbox LIVE Arcade, PlayStation Network and Windows PC, players will be able to embark on a series of new thrilling multiplayer matches. Additionally, CI Games will soon release an update for the PC version of the game with DirectX 11 support.

Sniper: Ghost Warrior 2 is the only multi-platform first person shooter exclusively designed around the modern military sniper experience. Using the advanced capabilities of CryENGINE3, the game delivers deep graphical environments, diverse challenges, a responsive AI system and the exacting precision and accuracy that made the original a worldwide hit. With unprecedented levels of authentic weaponry, ballistics and environmental factors, Sniper: Ghost Warrior 2 offers the ultimate balance of skill, tension and action.