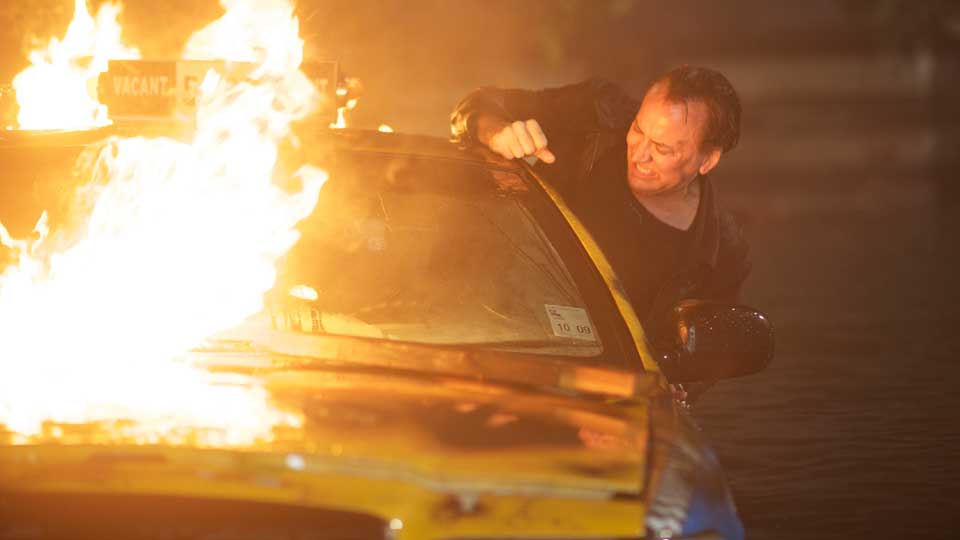 Nicolas Cage is back to his action hero best for new film Stolen.

Directed by Simon West, the film is about a man trying to find his kidnapped daughter. Stolen co-stars Josh Lucas, Danny Huston and Malin Akerman.

The story follows Will Montgomery (Nicolas Cage), a master thief who has been sent to prison for 8 years after being double-crossed in a heist gone awry. Upon his release, he’s ready to leave his criminal past behind and rebuild his relationship with estranged daughter, Alison Loeb (played by Sami Gayle).

Montgomery’s former criminal cohorts and FBI agent Tim Harlend (played by Danny Huston), are all convinced that the loot, totaling $10 Million dollars worth of bonds, was hidden away by Montgomery before he was sentenced. In order to get his hands on it, former partner in crime, Vincent (played by Josh Lucas), kidnap his daughter Alison and demand the loot as ransom; keeping her in a soundproofed trunk of a taxi cab where she is nearly impossible to be discovered.

Montgomery has only one day to deliver the $10 Million ransom, but much to the disbelief of both Vincent and the FBI, he does not actually have it. Montgomery is left with only one choice: To trust his instincts and join forces again with another old partner in crime, the beautiful and smart Riley Jeffers (played by Malin Akerman). Together they must pull off one more heist so he can get his daughter back… before it’s too late.

Stolen previews from March 20th and opens across the UK on March 22nd. Check out the trailer below: