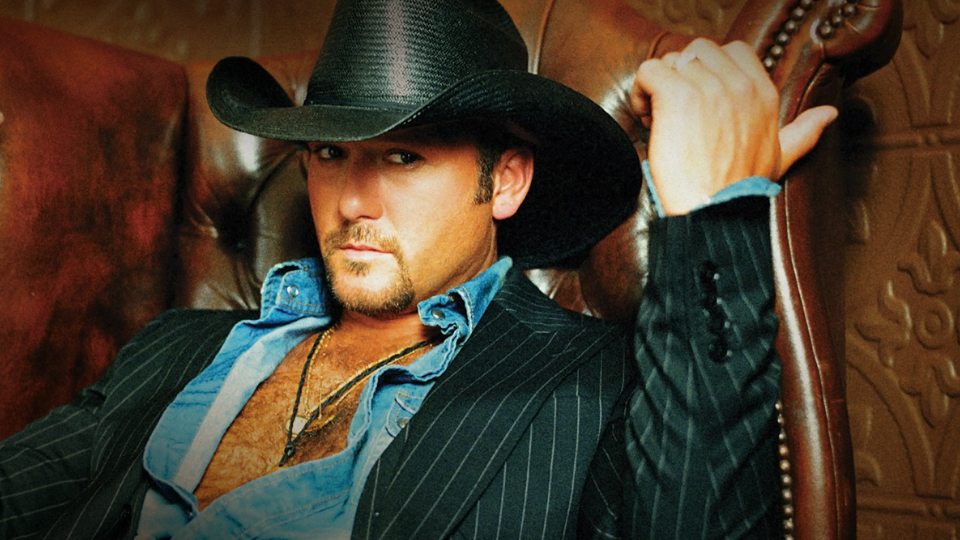 Tim McGraw is one of the biggest country stars in the world.  He has sold over 40 million albums worldwide and released twelve studio albums since debuting on the country scene back in 1993. Married to fellow country singer Faith Hill, McGraw hasn’t enjoyed a lot of success here in the UK. His biggest hit, Over and Over, was a collaboration with rapper Nelly which topped the charts in 2004. Ahead of his headline slot at C2C: Country To Country next weekend, McGraw former label Curb is putting out a new compilation album.

Tim McGraw & Friends was released in the US two months ago and features duets from over McGraw’s career. Opening with a cover of The Commodores’ Sail On featuring Lionel Richie, the album showcases McGraw’s versatility as he teams up with singers from all genres.  The project’s lead single Twisted is a collaboration with country rapper Colt Ford which McGraw contributes vocals on the chorus.

Across the album McGraw impresses in terms of the people he’s collaborated with during his career. He teams up with fellow country legend Kenny Rogers on the traditional country of Owe Them More Than That, collaborates with rock’n’roll turned country star Jerry Lee Lewis on Middle Age Crazy and easy listening singer Tony Bennett on the jazz infused Cold, Cold Heart.

In his career McGraw has recorded several duets with his wife Faith Hill and their 1997 number one US country smash It’s Your Love closes the album. Their voices work really well together and it’s no surprise they are a staple of the Vegas nightlife with their joint headline show at the Venetian. The best song on the album is surprisingly a duet with Gwyneth Paltrow called Me and Tennessee. Written by Chris Martin and taken from the soundtrack to hit movie Country Strong, the track is a radio-friendly country number.

Tim McGraw & Friends has little offer for those fans that have bought every record that McGraw has released in his career. Those that just want to experience the highlights though will find much to enjoy about this compilation. McGraw is an undeniable star and his voice is what has set him apart from his contemporaries. Roll on Country To Country!