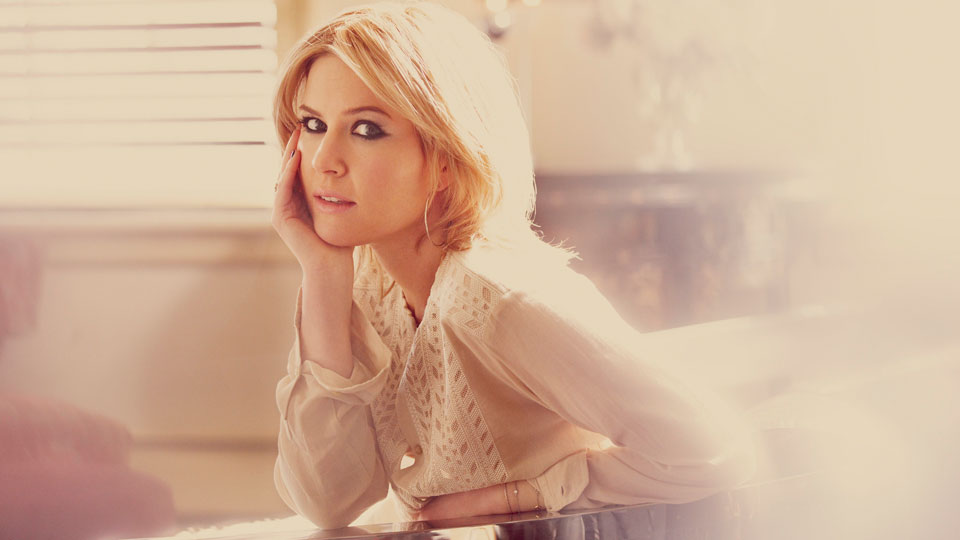 For someone who has been in the music industry for 14 years, Dido has a surprisingly low out-put in terms of albums. Her debut album No Angel was released in 1999 and sold over 16 million copies worldwide. 2003 follow-up Life for Rent sold an incredible 12 million but it seems the long wait between that album and third album Safe Trip Home in 2008 lost the singer-songwriter a lot of her fanbase. The album sold a mere 1 million copies worldwide which was a fraction of her previous releases. 5 years after that release, Dido is finally releasing her fourth album Girl Who Got Away.

Following the disappointment of Safe Trip Home, we hoped that Dido would return to the sound that made her a household name. When she release No Angel the album was edgy and unlike anything else around. The music combined trip-hop, folk, singer-songwriter sensibilities and dance beats. Sadly Girl Who Got Away is more like Safe Trip Home than it is her first two records.

The end result is unfortunately a bit of a mixed bag with glimmers that she can still knock out a superb tune. Title track Girl Who Got Away has a few dodgy lyrics but the ethereal beats are reminiscent of why we fell in love with her back in the late 90s. The quirky beats of Blackbird are another highlight on the album, especially as the song threatens to turn into a club number before pulling back just as momentum builds. Next single End of Night got us really excited with its minimal electro pulses and catchy chorus and it’s easily the best track on the record.

The album’s lead single is the disappointingly dull No Freedom which has received a very luke-warm reception peaking at 67 in the charts. The reverb-filled vocal combined with acoustic guitar is pleasant enough but the song never really goes anywhere. Similarly buzz track Let Us Move on may feature rapper Kendrick Lamar but the song is a bit of a dud. The dreariness continues with songs such as Happy New Year and album closer Day Before We Went To War.

Part of the problem with the album is Dido’s vocals. She’s not the best singer in the world, which is absolutely fine, but the way her first two albums were produced complemented her abilities rather than exposed her weaknesses as a vocalist. This record doesn’t cater to her strengths or push her vocals instead leaving them to sound detached and almost sleepy.

Before we conclude this album review we’d like to just say we are huge Dido fans. When No Angel came out we bought three different versions of it and we rushed out to buy Life for Rent. Since then we’ve been disappointed by Dido’s output. The Dido we fell in love with isn’t the Dido on this record, even though it’s a slight improvement on Safe Trip Home. We don’t know what happened but something isn’t clicking with Dido’s latest material. There are some great moments but overall the album is a little too dull.