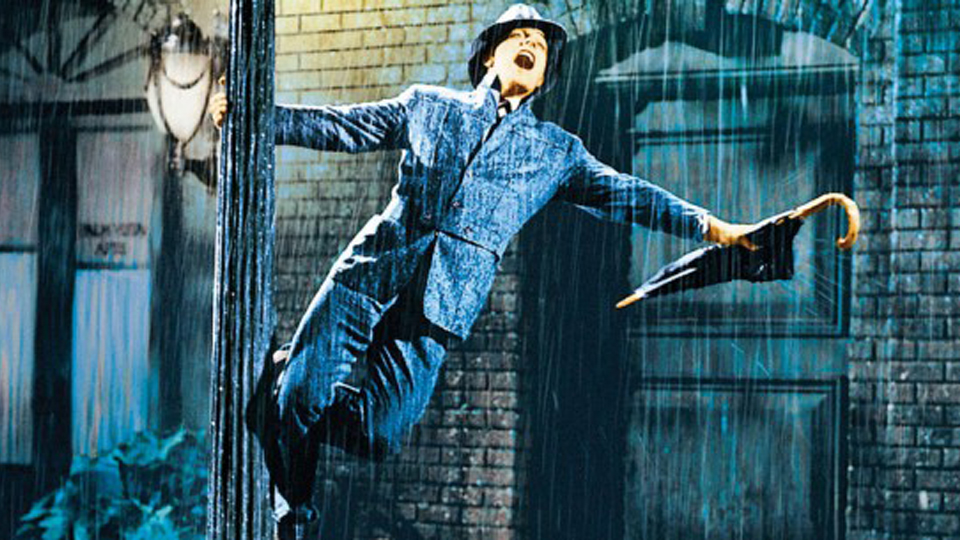 The heavy rain en route to the Royal Albert Hall in central London last night was, naturally, an utter nuisance. Upon leaving, however, it exuded a certain magic – a heightened Hollywood romance. Such is the effect of classic musical Singin’ in the Rain, which, believe it or not, celebrates its 60th birthday this year. And yet it still looks (and sounds) as fresh as a daisy.

We’re not going to make this a review of the film. What would be the point? As summed up by achingly glamorous special guest speaker Patricia Ward Kelly (widow of the film’s actor-director-producer super-talent Gene Kelly), it’s quite simply a perfect musical. But you probably already knew that.

What’s worth noting about last night’s screening of the film, however – other than the gigantic size of the screen (Gene Kelly’s never looked so handsome) and the film’s beautiful, flawless restoration – was its live orchestra accompaniment. It came courtesy of the Royal Philharmonic Concert Orchestra, conducted by Neil Thomas.

For some this might sound like a bit of novelty concept, at least on paper; indeed a film and soundtrack download or an outing to the nearby West End musical would be worth considering if it’s an either/or situation. But hearing the fabulous soundtrack in this capacity, and in this indescribably fabulous venue…it adds a purity and an immediacy to the music that absolutely knocks you out.

The performance wasn’t as seamless as the RAH’s orchestral screening of Disney’s Fantasia last year – so acclaimed, it’s returning for two nights this autumn – but then, that’s pure music from start to finish, without the constant interruption of dialogue. It also didn’t quite meet the high standards of Philip Glass’s Koyaanisqatsi performance at the Barbican last year. Put simply, there were a few minute timing issues; momentary deviations of sight-and-sound synchronicity that are surprisingly disorientating – and amusing given the film’s plot, which recounts a movie production struggling to adapt to the birth of the talkie.

Moreover, the gloss of the orchestra sometimes seemed at odds with the slight grit in the decades-old recorded voices. But these teething problems aside, this was a wonderful idea near-perfectly executed, and a loving homage to a magnificent film that will never age. Fingers crossed the RAH brings it back next year.

For information on further film and live orchestra events at the Royal Albert Hall including Fantasia and Music from the films of Tim Burton please visit www.royalalberthall.com