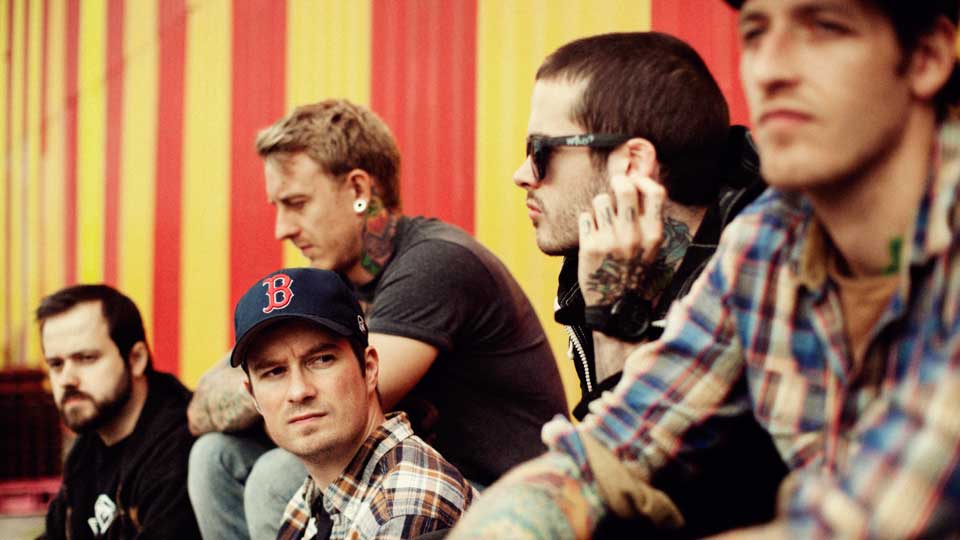 The Distance is the second song to be taken from Funeral For a Friend’s forthcoming album, called Conduit.  The Distance is a song that Funeral For a Friend wrote about, after one particularly challenging tour endurance test that the band went through. The accompanying music video to the song reflects their experiences on the road in a van as a five piece. Lead vocalist Matthew Davies-Kreye explains: “The Distance is a song about being in a van, on tour travelling around in foreign countries during the summer and going crazy because the van only had one small window that would open and no air con’.
That doesn’t sound like too much fun to us, but you can hear the anger in this song – every cloud! We can relate to those days of feeling rather ‘trapped’. Perhaps take yourselves back to being stuck in a classroom when you really wanted to be outside, playing in the sun with your friends, or those times when your tube journey home seems to take forever, when you are pressed up next to someone who smells like they haven’t seen soap in a good week or so! Perhaps if they hadn’t gone through that difficult time in the van, they couldn’t have given us this track! They let loose on this track and it sounds as though they channeled those frustrations to make this tune! We can’t think of a better way to express those emotions, than to get them written down into a song.
Funeral For a Friend thrash the drums as though they are beating up someone that they hate. They strum out that guitar like they haven’t been allowed to play the guitar for six months, the vocals are course, angry and brilliant. If you’re having a bad day – whack this record on, shout out as loudly as you can and shout and have a crazy few minutes. Feeling better? The song is angry, fast and thrashy. It’s a fantastic track if you are into this style of music and if you’re already a fan of their work, you’re going to love the track!
In this article:Funeral For a Friend