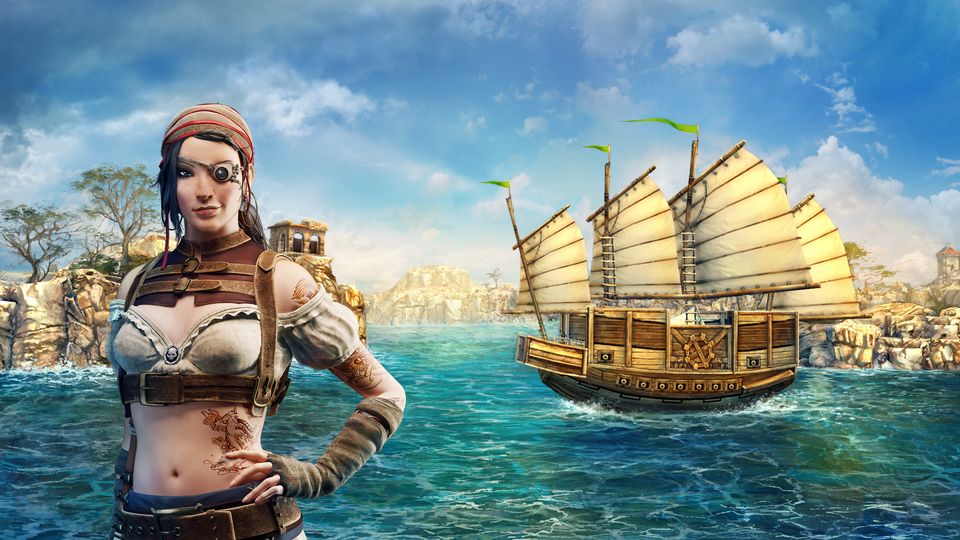 Kartuga, the upcoming pirate action game from InnoGames goes into closed beta tomorrow. From the 27th February, players will be able to take to the shores and test the compelling Kartuga for the first time. InnoGames will start with a small group of dedicated fans to test their sea legs and then expand player numbers as the beta proceeds.

InnoGames has also released additional information on the features already implemented. All three classes will be playable, along with full customization via nine skill branches. In addition, more than 20 of the game’s targeted 40 ship types will be implemented. Players can already try out both PvP-modes:

Furthermore, five areas of the large open world of Kartuga are accessible, enabling players to encounter NPCs and solve various quests in between PvP-matches.

Developed by Ticking Bomb Games, Kartuga is an Action-MMO with RPG-elements, designed in Unity 3D, with the core of the game featuring cooperative PvP.

The closed beta can be accessed by pre-registering on www.kartuga.com or visiting the InnoGames Facebook page, where keys will be given out daily.

Greg Ellwoodhttp://www.entertainment-focus.com
Greg is the Deputy Editor of Entertainment Focus. He writes about Games, Tech and TV. You can find him on Xbox/PSN/Steam as Tahllian.
Previous article
Questionary review
Next article
The Gadget Show Live in Birmingham this Easter