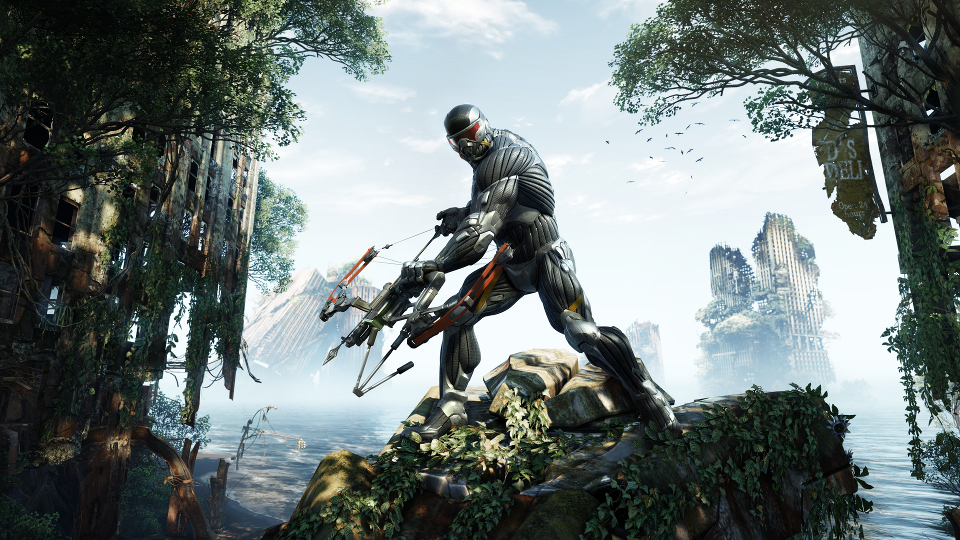 Ashley Roberts suits up in full bodypaint for Crysis 3

Dancing on Ice judge and ex Pussycat Doll, Ashley Roberts, became the hunter this week, suiting up in the notorious Nanosuit for the launch of Crysis 3 from Crytek and EA.

The Nanosuit has become the hero of the Crysis franchise, developed to transform the game’s leading character – Prophet – from mortal to a near-indestructible force challenged with saving mankind. And all within the urban jungle setting of New York City.

Set in 2047, Prophet is on a revenge mission after uncovering the truth behind Cell Corporation’s motives for building the quarantined Nanodomes. The citizens were told that the giant citywide structures were resurrected to protect the population and to cleanse these metropolises of the remnants of Ceph forces. In reality, the Nanodomes are CELL’s covert attempt at a land and technology grab in their quest for global domination. With Alien Ceph lurking around every corner and human enemies on the attack, nobody is safe in the path of vengeance. Everyone is a target in Prophet’s quest for retribution.

Crysis 3 is available on Xbox 360, Playstation 3 and PC from today (Friday 22nd February). EF will be bringing you a review of the game early next week.

Greg Ellwoodhttp://www.entertainment-focus.com
Greg is the Deputy Editor of Entertainment Focus. He writes about Games, Tech and TV. You can find him on Xbox/PSN/Steam as Tahllian.
Previous article
Bungie and Activision announce Destiny
Next article
Indie adventure Richard & Alice released

‘Wild Hearts’ coming to PC and consoles in February 2023