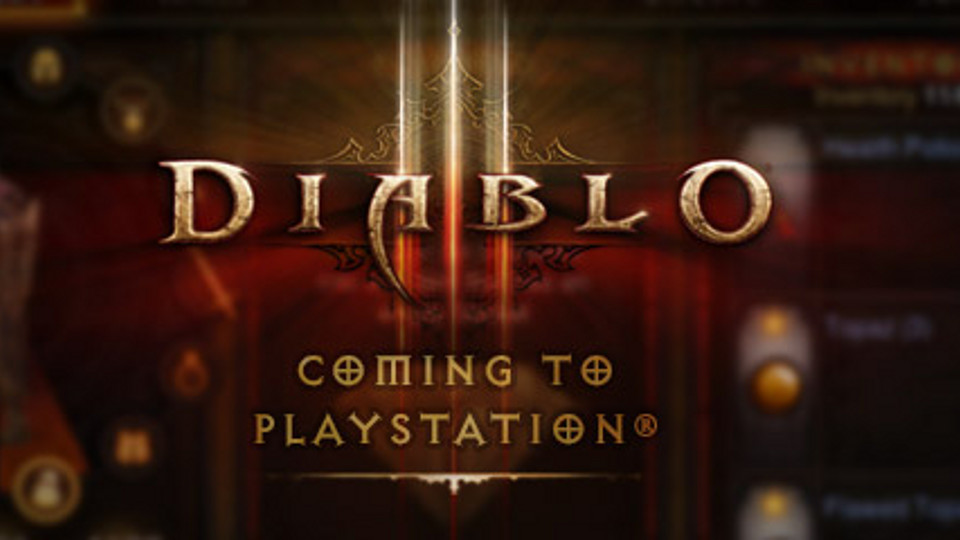 One of the most unexpected announcements at last nights PS4 conference was that Blizzard are bringing Diablo III to PS3 and PS4.

The console version of Diablo III will be based on the core experience of the PC version, including all of the latest upgrades, such as the Paragon leveling system, customizable Monster Power, Brawling, and epic Legendary items. In addition, Blizzard is designing an all-new user interface, including an intuitive control scheme and a new dynamic camera perspective, that will make questing and combat in the world of Sanctuary. Players will be able to battle their way through the story in single-player mode and also experience the hack-and-slash joy of destroying demons and collecting loot together with their friends via seamless four-player online and local co-op modes.

Blizzard also announced that the PS3 version of Diablo III will be shown live at PAX East, taking place at the Boston Convention and Exhibition Center from March 22-24. Attendees there will be the first in the world to pick up a controller and experience the fast-paced action and visceral gameplay of Diablo III via the new custom-designed interface.

[quote by=”Mike Morhaime, CEO and cofounder of Blizzard Entertainment”]Diablo III looks and plays great on the PlayStation. We put a lot of care and thought into the PlayStation version to make sure it would deliver an authentic Diablo gaming experience, and we’re really pleased with the results. We can’t wait for players to try it out at PAX East.[/quote]

Diablo III continues the epic Diablo storyline, with players taking on the role of one of five heroic characters – barbarian, witch doctor, wizard, monk, or demon hunter – and embarking on a perilous quest to save the world of Sanctuary from the corrupting forces of the Burning Hells.

Diablo III was originally released for Windows and Macintosh PC on May 15, 2012 and within 24 hours became the fastest-selling PC game of all time. As of December 31, 2012, Diablo III had sold through more than 12 million copies worldwide.

You can find out more about the game on the official Diablo III website. Further details about Blizzard’s plans for the PlayStation versions of the game will be announced on the site as development progresses.

Greg Ellwoodhttp://www.entertainment-focus.com
Greg is the Deputy Editor of Entertainment Focus. He writes about Games, Tech and TV. You can find him on Xbox/PSN/Steam as Tahllian.
Previous article
Sony PlayStation 4 details revealed
Next article
Bungie and Activision announce Destiny