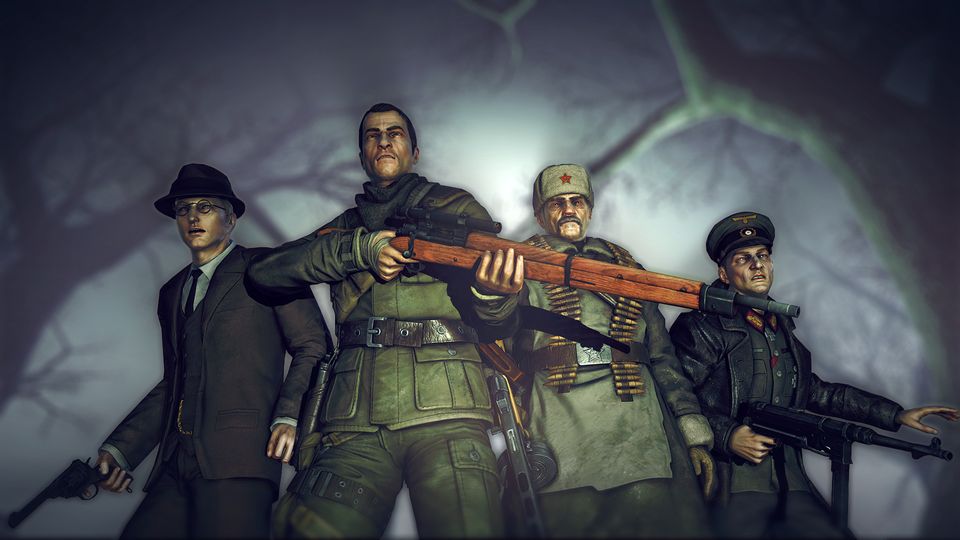 Hot on the heels of two cryptic videos teasing a brand new horror game, the announcement was accompanied by a trailer (see below) revealing four characters fighting together in a desperate last stand against terrifying supernatural enemies.

Confirming the hopes of many Sniper Elite fans excited by the initial teaser trailers, Rebellion CEO Jason Kingsley announced that the game’s intense new campaign featured co-op for up to four players – a first for the series.

[quote by=”Rebellion CEO Jason Kingsley”]Sniper Elite: Nazi Zombie Army is an exciting direction for the series. Self-publishing the game as a stand-alone title has allowed us to treat our players to something fun, something substantial that they can play co-operatively without needing a copy of Sniper Elite V2. Occult horror has really struck a chord with gamers, and now our fans have the chance to face hordes of demonic Nazi super soldiers with their friends.[/quote]

Greg Ellwoodhttp://www.entertainment-focus.com
Greg is the Deputy Editor of Entertainment Focus. He writes about Games, Tech and TV. You can find him on Xbox/PSN/Steam as Tahllian.
Previous article
Rocketbirds: Hardboiled Chicken launches today for PS Vita
Next article
Sniper: Ghost Warrior 2 goes gold

Four Sniper Elite projects are in the works