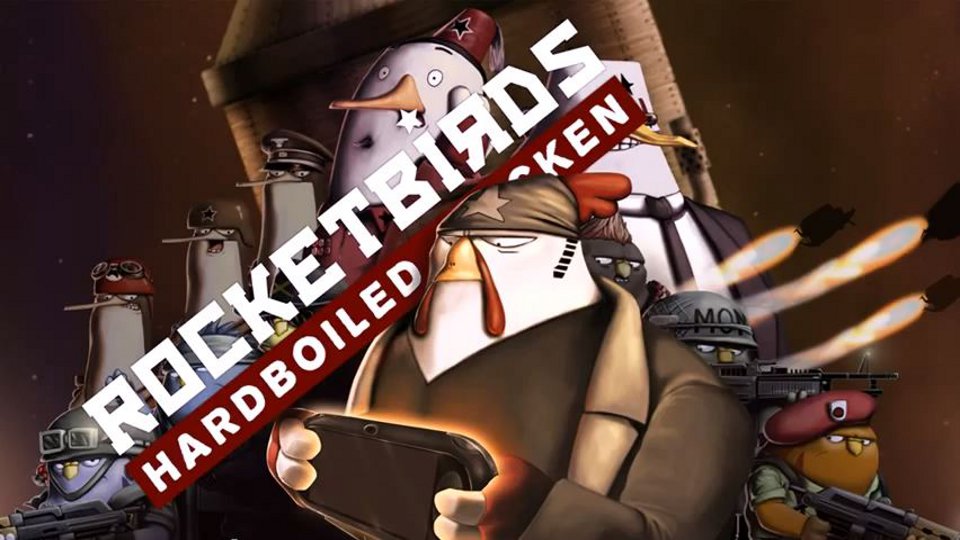 Ratloop Asia are releasing their cinematic platform adventure game, Rocketbirds: Hardboiled Chicken, on the PlayStation Vita today. The game has already seen success in Asia; despite being a purchase exclusive to PlayStation Plus members, it remained in the top three downloads since launch. Now players in the USA and Europe will be able to experience the action as well. The PS Vita release boasts a variety of unique new features including new chapters, puzzles, and plenty of fowl humor.

In the game the original Coq of War sets out on a mission to assassinate the tyrannical penguin leader therefore taking down the evil regime that has taken over Albatropolis. This over the top adventure is non-stop action as players are challenged with unlocking secrets, destroying enemies and so much more.

The current PS3 version has been amped up for the PS Vita and notable differences with the PlayStation 3 game include tilting screens, both Adhoc and Online Co-op and two difficulty settings. The Vita version also has a new end boss and improved graphics – several chapters have been modified to improve both graphics and flow.

Players who have already launched into Rocketbirds on the PlayStation 3 will be rewarded with two additional co-op characters, Sniper Budgie and Agent H – the bird behind the sci-fi rock band New World Revolution. To further thank the fans who bought the PlayStation 3 game, Ratloop Asia will also give discount when they buy the Vita game. PlayStation Plus users should also be on the watch for special offers including Rocketbirds during the month of February.

Look out for EF’s review of Rocketbirds: Hardboiled Chicken on the PS Vita soon. For more information about the game, please visit: http://www.rocketbirds.com/psvita/

Greg Ellwoodhttp://www.entertainment-focus.com
Greg is the Deputy Editor of Entertainment Focus. He writes about Games, Tech and TV. You can find him on Xbox/PSN/Steam as Tahllian.
Previous article
Alien invasion hits London
Next article
Rebellion reveals Sniper Elite: Nazi Zombie Army

PlayStation Plus games for March 2019 announced

PlayStation Plus games for February 2019 announced

PlayStation Plus games for January 2019 announced

PlayStation Plus games for December 2018 announced