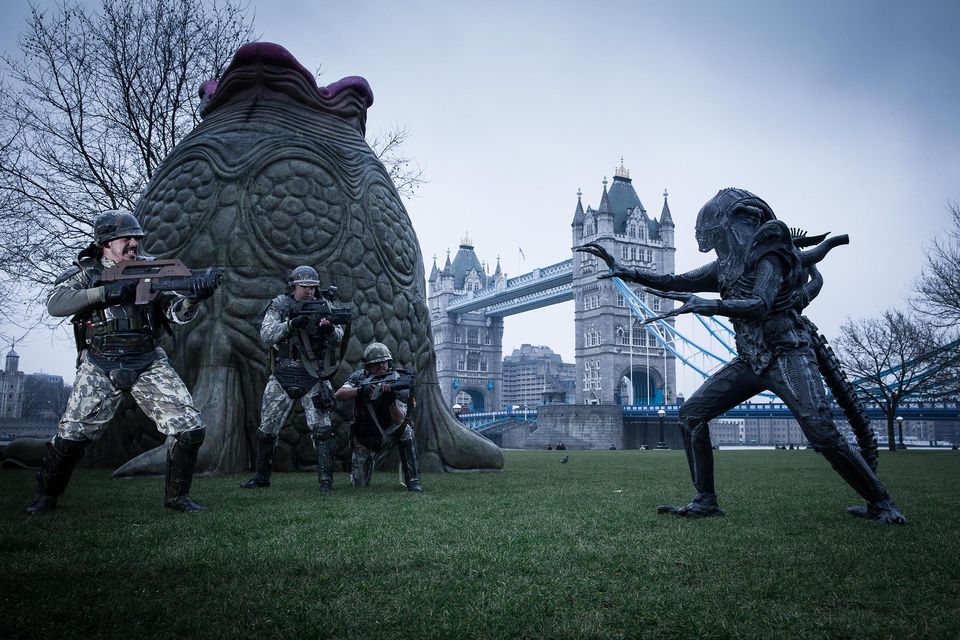 The eerie and entrancing structure can be seen looming over the mayor’s office and Tower Bridge, completely open to the public and guarded by Colonial Marines who were on the look out for the stray Xenomorph that broke free in the area. 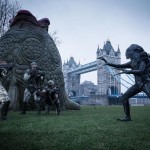 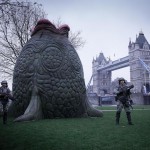