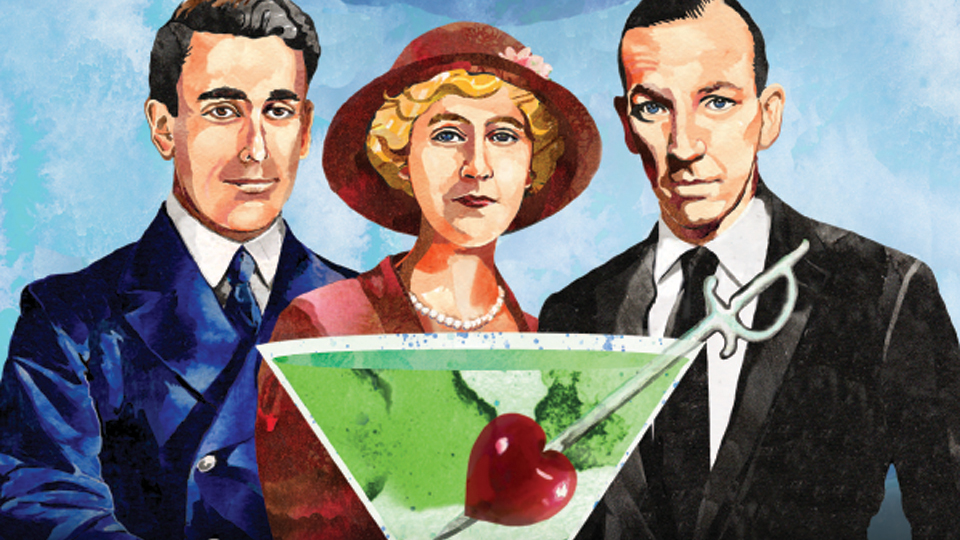 Ninety years since it was first written, Noël Coward’s song Devon is to be sung in the stage play Making Dickie Happy, which runs at the Tristan Bates Theatre in March.

The 1923 song was originally part of Coward’s very first review, for which he coined the title London Calling! a good half-century before The Clash re-used it for their legendary album.

The lyrics to Devon only appeared in print in 1931, but there’s no record of the music having been published at all, and in the intervening eight decades the song slipped into obscurity.

It was only through the endeavours of Making Dickie Happy author Jeremy Kingston that the song finally came to light, after he roped in support from Coward’s last accompanist, Peter Greenwell, having tracked the musician down to Spain. He describes the song as ‘a cheeky, charming little number’.

In Devon, Coward portrays young men from several provinces, and concludes: ‘But the chaps that live in Devon/Are breezy, bright and gay!’

Such dedication and detective work to recover a lost gem requires an explanation, and it’s found in the location of the play. Making Dickie Happy, which sees a young Noël Coward advising Dickie Mountbatten about his impending nuptials, is set inside Burgh Island Hotel, Devon. Coward, Mountbatten and Agatha Christie (the third principal of the play) all stayed at the Art Deco hotel, connected to the Devonshire mainland only at low tide. The place inspired Agatha Christie’s island in And Then There Were None. Could it also have prompted Coward to write his song?

With a piano on stage and several musical characters with a predilection for playing, the evocative tunes of the era will be used to set the mood in Making Dickie Happy.

However, the rare airing of Devon will provide something new for even the most ardent of Coward devotees.

For more details about the show, or to book tickets, visit http://www.tristanbatestheatre.co.uk/Making_Dickie_Happy.asp