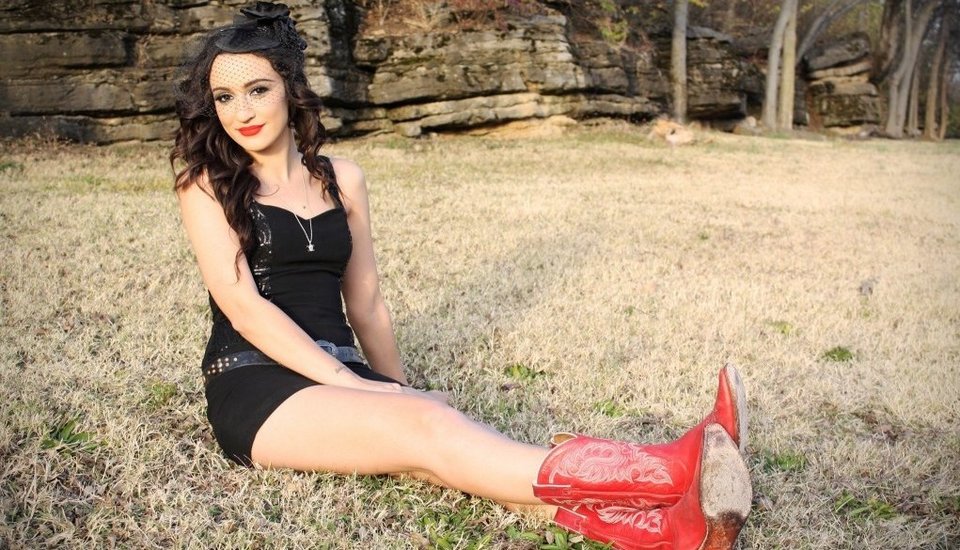 Having previously supported Brandon Flowers and put in many an appearance on the festival circuit,  celebrated country singer Lindi Ortega is currently entertaining her fans on a worldwide solo tour.

Described as ‘Toronto’s best kept secret’, Lindi kindly took time out of her busy schedule to reveal a few home truths of her own.

Hi Lindi! Living in Nashville, do you find yourself influenced by the sounds coming from Music Row? Do you think you’ll ever be tempted to move into the contemporary mainstream country scene?

No, I’m not interested in new country pop and it’s never inspired me. The only way I would move into contemporary mainstream country is if it started moving towards a more roots based movement…or if aliens messed with my brain!

Tell us about the writing and recording process for ‘Cigarettes and Truckstops’.

The only real difference during the writing of this record was that I listened to a lot of blues at the time, and subsequently noticed its influence creeping in on some of my songs. I suppose, also, with the two tracks that bookend this record, that my touring has provided a lot of inspiration for songs.

Who would your dream artist/band to collaborate with be, dead or alive?

Will you continue to reinvent your style, or are you comfortable with the niche you’ve carved for yourself?

Well, I am certainly going to keep studying the history of the music which inspires me. Both country and blues have many facets, so I feel my style will continue to evolve and I’ll just keep drawing on my influences in different ways.

In your opinion, is American/Alt. Country is becoming a more mainstream genre, and if so will the quality be somewhat compromised by Music Row?

I don’t see it as of right now, but I’m hoping there will be more of a level playing field in the world of mainstream country, where roots and traditionalist receive the same kind of exposure and recognition as more pop country stars currently have. As for whether or not this will be compromised by music row, I can’t speak for other artists. I can only say that I’m pretty sure of how I want my music to sound, and I have great joy creating and performing it; no one is going to mess with that as far as I’m concerned.

Is your image an important aspect of your ‘brand’ or music? Do the clothes you wear represent anything in particular?

I don’t dress the way I do for any other reason than that’s how I like to. In fact, I get a lot of flack for my fashion sense, and people make fun of me for dressing like I’m going to a funeral. My wearing black stems from my love of Johnny Cash and the red boots are inspired by Wonder Woman. I’m not sure who consciously thinks ‘hey, dressing like a cross between Johnny Cash and Wonder Woman is really gonna help sell my music!’ All I know is that it feels right for me.

How much input does your record label have in influencing the direction of your records, and how much creative freedom are you given?

I have all the creative freedom. My record label makes some suggestions here and there, but they never force me to do something I am uncomfortable with and let me take the reins for the most part.

Where is your most favourite venue to play in the world?

I really love the upstairs room of Paradiso, in Amsterdam.

How much of your music is influenced by your own life? Do your songs truly reflect who you are?

I write mostly from my own life experiences and there is probably 95% of myself in all my songs…except for the fictitious ones about murdering people and burying them in the backyard!

So, what’s next for you this year? What have you got coming up?

Well, I’m currently in the midst of my tour of Canada and the US. Next, I’ll be heading around Europe and to the UK.

Do you have a plan for the future or do you prefer to let things pan out naturally? Where would you like to be in 5 or 10 years time?

The future is a complete unknown to me, so I prefer to think about the here and now. My one hope for the future is to carry on doing what I am now and that people will continue to like it.

Finally, tell us something we might not know about you.

I love to paint skulls and skeletons. I’m also a complete weather geek and would love to chase tornadoes. I check the Doppler radar every day to see where storms are developing and when I visit news stations I always ask to read the weather report!

Lindi’s album Cigarettes and Truckstops is out now.

In this article:Interview, Lindi Ortega, Music