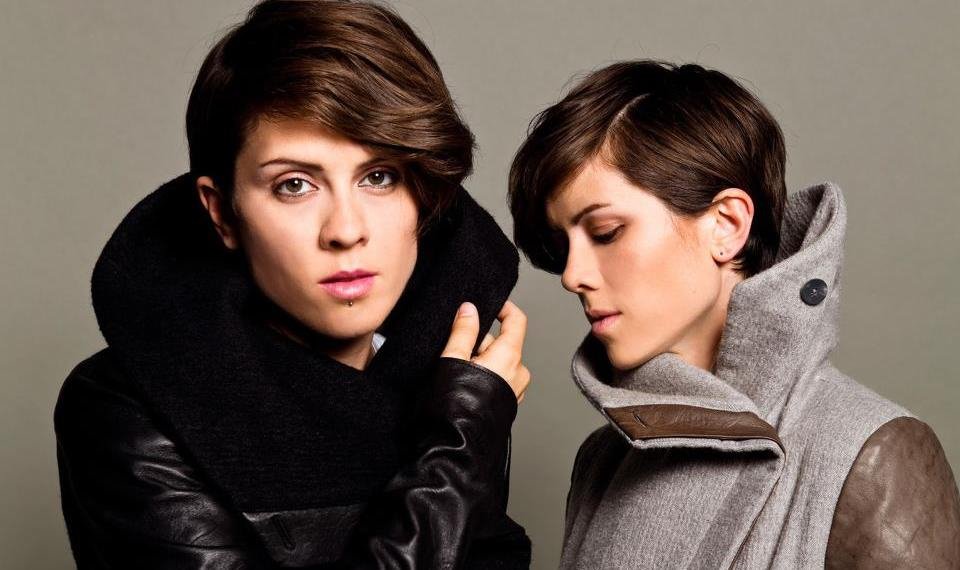 Having just announced an expansive North American tour with FUN., set to start this July, and been recently nominated for a Grammy for their live album/documentary Get Along, twins Tegan and Sara Quin look to be finally receiving the deserved recognition that’s long overdue.

However, as the seventh studio album to come from the openly gay Canadian duo, Heartthrob signals a severe change in tack as they adapt their sound to compete in the more competitive mainstream marketplace.

For this record, the aid of celebrated pop writers Greg Kurstin, Justin Meldal-Johnsen and Rob Cavallo was enlisted, but the overly modified resulting sound is at risk of being too far removed from the norm for fans of the pair.

There are sadly only a few truly standout tracks on an album that is dangerously close to overflowing with candy-coated vocals and synth slicked instrumentals. Strong opener Closer is one such song, heavily made up of catchy hooks and positive upbeat vocals singing devilishly playful lines that will both shock and amuse.

I Was A Fool is a mournfully arresting ode to the complete emotional surrender that sometimes comes from falling in love, the lyrics of which are likely to strike a chord with many a teenage listener. In fact, the majority of Heartthrob seems to have been written from the perspective of a 16 year old girl, rather than Tegan and Sara’s 32 years’ experience.

This album will undoubtedly do well in the US, but as little more than a major press pleasing venture, the song writing siblings seem to have rapidly regressed in terms of attitude and quality. The incessant inclusion of vocoders and forgettable keys, coupled with the ultimate lack of any actual band accompaniment, spoils the overall tone of Heartthrob, allowing most of the tracks to bleed seamlessly from one to the next, none that distinctive from the other.

Whilst this album is a strong contender in a commercial survival of the fittest industry, we think this might be a synthesizer too far for the traditionally indie-rock duo.