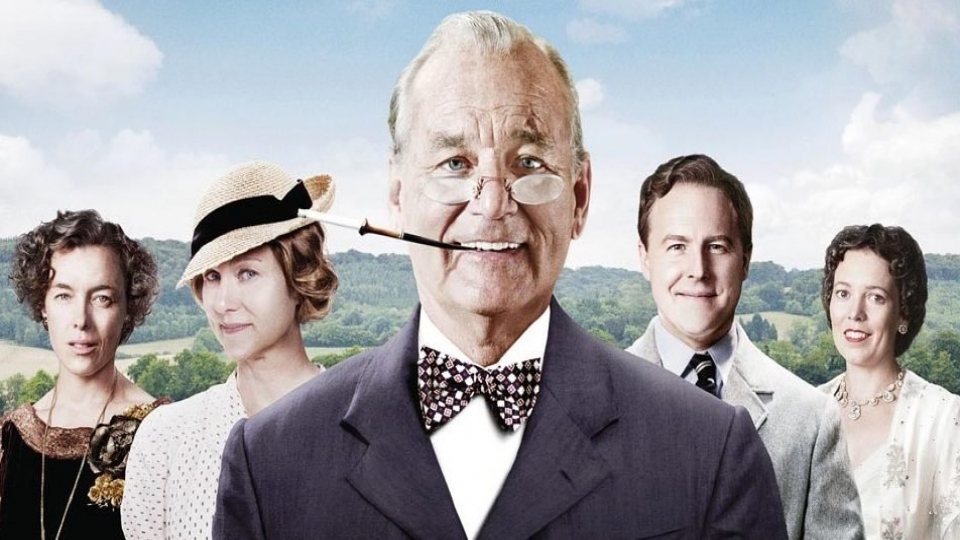 On the eve of the Second World War, King George VI (Samuel West – Notting Hill) and Elizabeth (Olivia Colman – Peep Show) travel to America on an official Royal visit to meet the President of the United States Of America, Franklin D. Roosevelt (Bill Murray – Ghostbusters). FDR invites them to his retreat in the country as the two nations look to join forces in the war. Amongst all the chaos of the event, FDR requests the company of his cousin Daisy (Laura Linney – Love Actually), a quiet woman whom he soon blossoms a very special relationship with.

Hyde Park On Hudson is a curious film. With the success of The King ‘s Speech weighing heavily down on its shoulders, this should have been a similar success. Unfortunately it decides to go down a very different path, the end result of which is a film that isn ‘t quite sure what it ‘s trying to say.

There is plenty of farce on show in Hyde Park On Hudson and it’s used with varying degrees of success. The niceties of Anglo-American relations are humorously dealt with (perhaps too much so) with Olivia Colman and Samuel West doing what they can as Bertie and Elizabeth. There are also nods in the direction of dis-functional family affairs, fish-out-of-water awkwardness and sexual indiscretions.

Woven along with this comedy are quite serious moments exploring the lives of those surrounding the President and the man himself. This is a very important chapter in the histories of both The USA and Britain so more should have been dedicated to the seriousness of the occasion rather than turning it into mild farce.

We get glimpses into the life of FDR and his relationships but never to a satisfying degree. The film is supposed to be based around FDR’s special relationship with his cousin Daisy but this isn’t explored enough, especially after an opening scene that leaves you questioning the tone of the movie.

The film’s brightest spark is Bill Murray who hands in an amazing performance as Franklin D. Roosevelt. He manages that rarest of things – he doesn’t play himself. For actors like Murray, Harrison Ford and John Cusack, it’s hard to see them play anything but themselves but Murray manages to pull off a quite remarkable performance that’s both balanced and detailed.

Elsewhere, Laura Linney is brilliant as Daisy and certainly makes the film tick. Her taunt chemistry with Murray is a particular highlight and proves she is one of the most underrated actresses of her generation.

Ultimately, Hyde Park On Hudson fails to do its subject matter justice. It may be shot beautifully and feature an Oscar-worthy turn from Bill Murray but it’s sadly not enough. Having The King’s Speech so fresh in the minds of its audience doesn’t help either. Hyde Park On Hudson is a mild distraction that really ought to have been better.