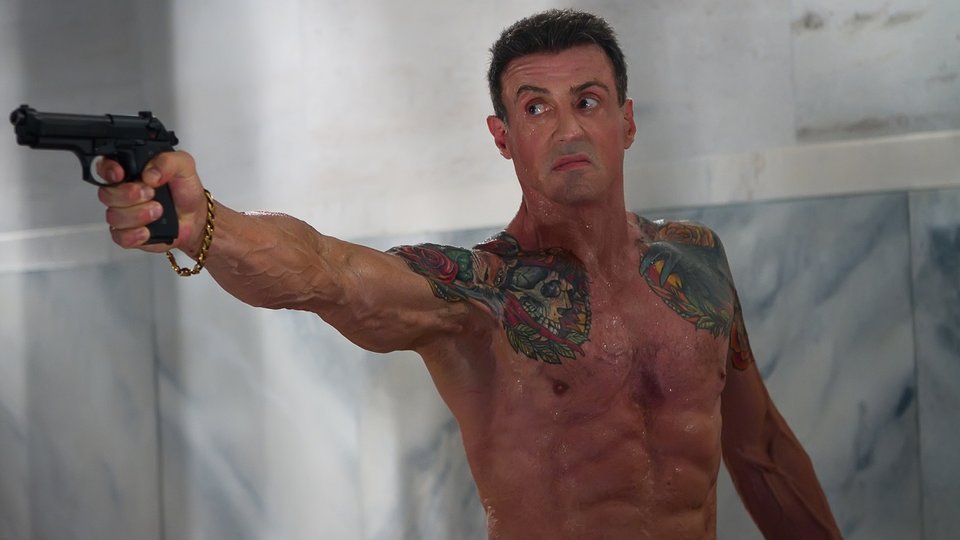 Bullet To The Head has all the signs of being a classic but it’s sadly let down by a woeful script and a very dated feel that doesn’t scream retro like The Last Stand or The Expendables did, rather ‘straight-to-DVD ‘.

Sylvester Stallone is a comeback kid like no other and if anyone deserves a good script it’s him. Stallone is very good in the movie, matching his ageing hit-man against a younger, more deadlier threat in spectacular fashion. He’s still in amazing physical condition too and easily sells the physicality of the role. He delivers his trademark quips with gusto and has a nice chemistry going with Sung Kang.

Kang, who’s a firm favourite with fans of the Fast & Furious franchise finally gets a big blockbuster to make a name for himself as a leading man. He does well too, but like Stallone suffers a terrible script that never utilises him properly. Both share a great chemistry in spite of the shoddy script but it does leave you wishing for more.

Elsewhere, Jason Momoa comes out of this the best as a devious killer with a blood lust. The Conan star thankfully puts aside that disaster and proves that he can be a legitimate action star. He bounces off Stallone and the two share a particularly good axe-wielding fight together.

Christian Slater must have bills to pay so he appears in a pointless but effective cameo whilst the eye candy is dutifully delivered by the sexy and sassy Sarah Shahi who always manages to look great whilst kicking ass.

So the cast aren’t the problem, it’s a script that ‘s devoid of innovation. Based on a graphic novel, Bullet To The Head should have been adapted better but instead relies on cliché. The action is good without being awesome and the films strongest points, namely the odd-ball relationship between Bonomo and Kwon isn’t exploited enough.

Bullet To The Head should have been a classic but instead it comes out as a generic piece of action fluff. All the cast deserve more, especially Stallone. It looks like we’ll have to wait a little bit longer for that next, great action buddy-movie a la Rush Hour, Bad Boys and 48 Hours.