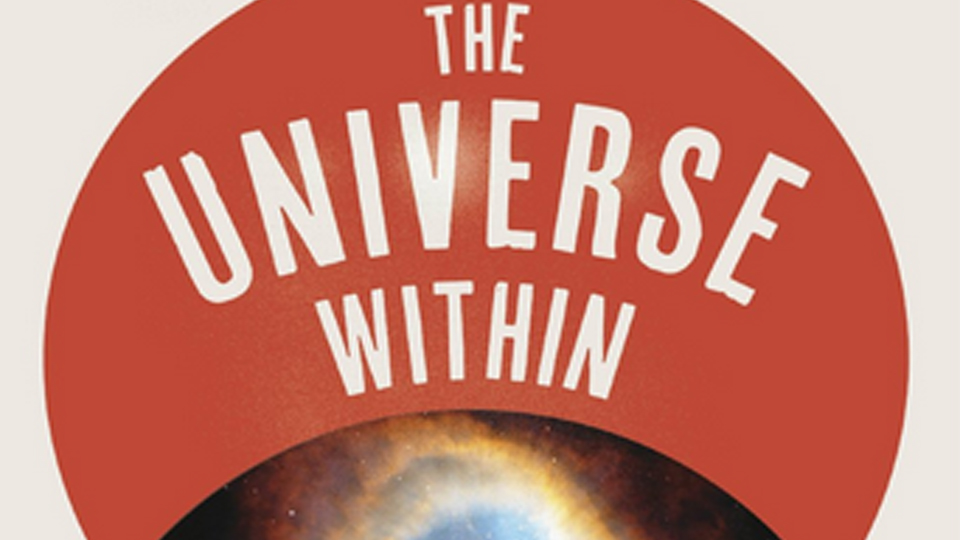 Palaeontologist Neil Shubin, the intrepid discoverer of significant fossils, follows up his last book (Your Inner Fish – a thought-provoking account of evolutionary history and our aquatic ancestors) with The Universe Within, subtitled A Scientific Adventure. It’s an appropriate subtitle too, for far from specialising on one topic, The Universe Within takes the reader on a grand journey incorporating many scientific disciplines from cosmology to geology, archaeology and evolutionary biology.

The broad sweep of Shubin’s tome is that humans are intimately connected to and part of the universe. Discussing big ideas and scientific revolutions, The Universe Within takes the reader billions of years into the past to the big bang, and then offers a potted history of our own planet and the living organisms upon it.

Shubin’s opening chapter relates his trip to Greenland, where he and his team discover the bones of a prosauropod. Our narrator manages to be both amusingly self-effacing and at the same time convey something of the excitement his career brings him in comparison to what most of us experience. He writes a very appealing book because he is so personable, but without ever allowing his personality to distract from the topics. As well as being a great scientist, Shubin is also a fine writer with an infectious enthusiasm for his subject. It’s a winning combination, and The Universe Within, a short book anyway at fewer than two hundred pages, is nigh-on impossible to set aside.

From the frozen wastes of Greenland, Shubin whizzes his reader back nearly fourteen billion years to the formation of our universe, explaining along the way the origin of chemistry. Carl Sagan made famous the hair-raising truth that we are all made of stardust, and Shubin’s explanation for how matter is forged inside and then spread through dying stars is every bit as elegant.

It does however raise one possible reservation about The Universe Within: with so many massive subjects covered over relatively few pages, it’s perhaps not a tome for readers who prefer focussed and detailed explorations of specific scientific phenomena. It may well also be the case that the well-read student of science may find little new knowledge in Shubin’s tome. However as a majestic tour through the scientific revolutions of the last century, and as an introduction to our current scientific understanding of the cosmos and our place in it, The Universe Within is heartily recommended, and such a well-written book may well inspire more casual readers to explore more deeply the many fascinating themes covered.

From the dawn of the universe Shubin offers a narrative of the violent origins of our solar system, and of course our own planet. From there he turns his attention to the formation of the moon, and how lunar cycles have influenced life on earth through the evolution of internal timekeeping (there’s a rewarding digression on this, and how the pineal gland was isolated as being fundamental in our ability to regulate our body clocks).

He returns to a chronological narrative by explaining how the early conditions on earth weren’t conducive to oxygen-breathing life forms, and how this changed over billions of years. Later chapters discuss more big ideas, and his potted history of the theory of continental drift (incorporating the heartstring-pulling story about the noble death of the British expedition to the Antarctic led by Captain Robert Falcon Scott, whose body was found along with Glossopteris fossils) is particularly rewarding; as is his explanation of the regular Ice Ages experience by the planet every one hundred thousand years or so, and how this is determined by minor changes in the earth’s orbit.

Shubin rounds out his book talking about how global catastrophes and mass extinctions changed our view of history and our place on the planet. The Universe Within is an astonishing gallop through revolutionary science, and his final paragraph is majestic enough to rival Darwin’s famous closure to On the Origin of Species.

Full of punchy, throat-grabbing scientific ideas and told with great flair, clarity and charisma, The Universe Within is unstintingly enjoyable. Readers who prefer to ride at slower speeds and take in more of the scenery along the way may find it too much of a gallop, but they’d probably admit it’s a thrilling ride nonetheless.