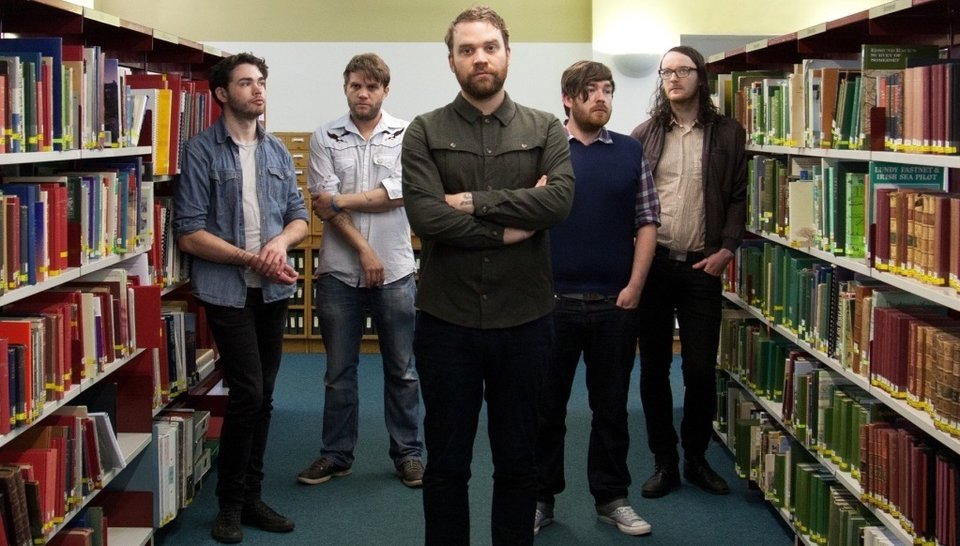 Contrary to the Chinese calendar, we believe that 2013 will be the year of the rabbit. Frightened Rabbit, that is.

Long overdue a breakthrough, this studious Scottish indie rock band look at last to be receiving the well-earned widespread recognition they deserve, and fourth studio album, the hotly anticipated Pedestrian Verse holds the key to truly establishing themselves as serious players, both here in Blighty and across the pond. This is surely the strongest album so far.

Lead single The Woodpile is the perfect pick to head the charge, showcasing lead vocalist Scott Hutchinson’s jagged yet somewhat dreamy Selkirk drawl. In keeping with true Frabbit tradition, drums and guitars rule the roost, this time cleverly overlain to reach an exhilarating climax on the epic sounding chorus that will see you react physically in some form or other.

Having previously enraptured only a quietly adoring cult following thanks to the likes of throatily honest songs such as The Modern Leper, the band has admirably stuck to their principals and managed not to succumb to the pressures of the modern music industry by refusing to compromise their unique sound. Back to their confessional best, Pedestrian Verse acts as the perfect transition from bashful indie folk musicians to respected genre defying role models for the next generation of songwriters.

As is the case with most releases, Frightened Rabbit have included some tunes that were born to be performed in a live setting, destined for audience participation. State Hospital is one such song, which brings a tear to the eye with its poignant words, signalling the sign of a band renewed. Holy is another that’s bound to provoke an enthusiastic crowd reaction, this time with a punchy celebratory style aided by soaring guitar riffs that quite simply cannot fail to lift your spirits.

Album closer Oil Slick is heavier with guitar fuzz than usual in parts and with added groove, it’s the perfect finale as the curtain falls, leaving you humming the tune right up until the record skips back to track one, taking you back through the strongest Frightened Rabbit album so far.

Despite this year marking an entire decade together, Pedestrian Verse is the five piece’s first commercial album release on Atlantic, and, although obviously not in it for the fame, with a considerably bigger budget behind them, we can only see the band rising evermore.