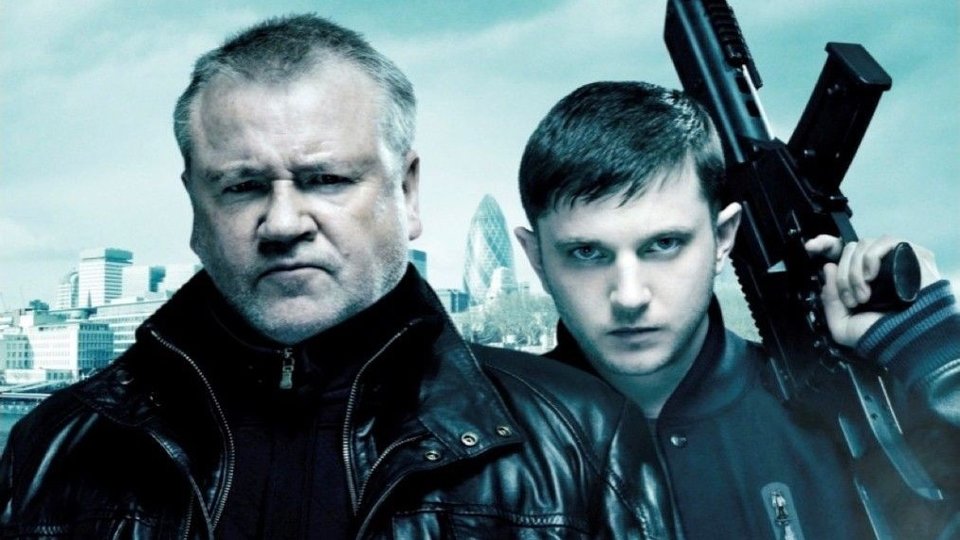 Regan (Ray Winstone – Sexy Beast) and Carter (Ben Drew – Plan B) are hot on the trail of a cold-blooded killer who robbed a jewellery store and executed one of his victims. With an idea of who could be behind such a heinous crime and with his flying squad by his side, Regan goes about solving the case. Buts with internal affairs breathing down his neck; it’s a path that could ultimately cost him his badge.

The Sweeney is the latest big-screen reboot of a popular 70’s show. But what makes this different from the rest is that it’s a British film and (for once), it’s given the respect and finance needed to really challenge a clued-up audience whilst keeping the core values of the infamous John Thaw/Dennis Waterman partnership well in check.

Ray Winstone and Ben Drew make for a very convincing pair and hold the film together nicely. The multi-talented Drew takes a break from climbing the charts and easily impresses as a young cop trying to make a name for himself. Winstone by contrast is a relic of a bygone era – shooting first and asking questions later and really encompassing the traits that made Regan such a loveable rogue in the 70’s.

The supporting cast are all excellent with Captain America’s Hayley Atwell doing well as the clichéd token love interest. Homeland’s Damian Lewis, Snatch’s Alan Ford and Passion’s Paul Anderson all play their part to make this crime drama bubble over nicely whilst Steven Mackintosh makes for a comical and easy hate figure.

The action is gripping and the vibe is exactly what you’d expect a 21st century Regan and Carter to bring to a modern London. With a keen stylistic eye, The Sweeney is at its best when it uses London’s landmarks to bring the story home. Whether it’s the sweeping cityscapes of Canary Wharf or the back streets of East London, The Sweeney makes London a big screen star and that’s a huge accomplishment. Throw in some adrenalin-soaked car chases and a decent sprinkle of banter and The Sweeney contemporises its characters and settings startlingly well.

It’s clear writer/director Nick Love has been heavily influenced by Michael Mann’s Heat for a handful of scenes – the Trafalgar Square shoot-out being the most obvious. Whilst this will always lack the guile and sheer audacity of that incredible showdown in LA, Love at least gives one of London’s most famous landmarks a great starring role in The Sweeney. It also begs the question as to why more films don’t utilise our capital’s finest locations. The Sweeney also nicks more than just John Thaw’s iconic vocabulary; its musical score is lifted straight from The Dark Knight in terms of tone, substance and setting.

There are problems with the script and a slightly more spectacular finale could have done this no harm but The Sweeney still defies the odds and comes in as a great piece of escapist fun that’s hard not to love. With bags of attitude and style, I sincerely hope Winstone and Drew get a sequel. The Sweeney is without doubt the best British crime-drama we have had for years and achieves that rarest of things – it makes London a viable home for proper action-cinema.