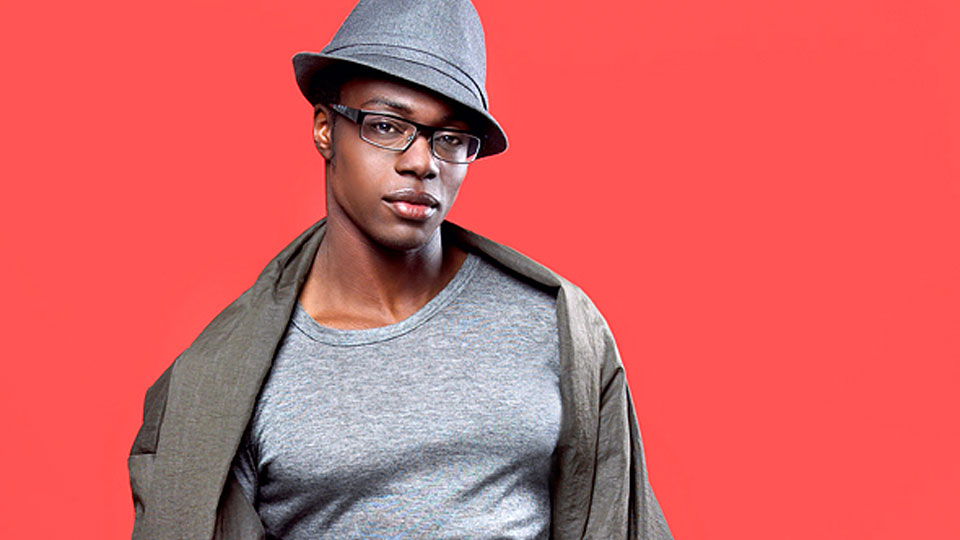 Actor Cle Bennett is rising fast bagging roles on TV shows, in films and on stage.

To date his credits include box office smashes such as Barney’s Version and TV shows Flashpoint and Lost Girl. For his latest role he’s playing four characters in a new production of Kim’s Convenience at the Grand Theatre in London, Ontario.

We caught up with Cle to find out more about Kim’s Convenience, talk about the challenges of playing four roles and to discuss his career.

How are you today? What have you been up to today?

I’m amped, today!  I’ve been in rehearsal all day at the appropriately named Grand Theatre, in London, and we’ve been working on some new ideas for the show.  It’s amazing how you can do a show so many times, and still be able to find fresh new ways to enhance scenes.

You’re starring in the new play Kim’s Convenience. Tell us about it.

The play is about a day in the life of the Korean Kim’s family, led by Mr. Kim, who’s a first generation Korean immigrant who runs Kim’s Convenience, a variety store set in the Regent Park neighborhood of downtown Toronto.  Throughout the day he interacts with a variety of customers, all played by me, while facing the impending invasion of a Walmart, and what that means to his family, and his legacy.  By the end of the play, he’ll have to make a decision whether to say “yes” to a generous offer that has been made on the store, which will allow him to retire comfortably, or find some last minute way to keep not only the store, but his story going.

You play multiple roles in the show. How challenging is that?

It’s a challenge keeping all of the characterizations entirely separate from each other, while having to switch in and out of them so fast, that I don’t even have time to think.  I actually have a routine that I go through before every show, where I compartmentalize each character in advance, for later reference on stage.

How did you get involved in the production?

The script was sent to my agent for me to read, and I fell in love with it, before I was done the first page – it’s that good!  Plus, I couldn’t resist the challenge of playing four characters on stage.

Why should people come and see Kim’s Convenience?

It’s an original, thought-provoking story about family, relationships, love, and forgiveness, that has a universal appeal, and will have you both laughing your butt off, and crying your eyes out!  I honestly can’t imagine how somebody could watch this play, and not love it!  Again, it is that good!

When you’re not on stage what do you like to do to relax?

I don’t really have all that much time to relax.  If I’m not on stage, I’m on a set, or in a studio.  If not there, I’m in a gym, out on a run somewhere, or I’m studying films, or reading scripts or whatever.  Pretty much everything I do has to do with my career, but I like it that way.  It keeps me sharp.

What’s the best piece of advice you’ve ever been given and who gave it to you?

I’ve garnered a lot great advice from different sources, but one thing that sticks out, is when I was advised by a guidance counsellor in school, that not to venture into anything merely for the purpose of having it to “fall back on”.  He encouraged me to take a risk, and go one hundred percent for exactly what I want, because if I rely on the safety of a fall back plan, then I’m just gonna end up falling back.

Outside of theatre you’ve taken on lots of film and TV roles. What has been your favourite to date and why?

My favourite role was “Carlos” in The Line.  I love playing complex characters with big problems, and “Carlos” was definitely that!  I also really dug playing the role of “Billy Russell”, in an episode of the new CBC psych-crime series Cracked.  “Billy” is a manic depressive rock star, who confronts the realization that his soulmate is a figment of his own imagination.

What has been the biggest challenge in your career to date?

I’m doing it now, playing the four characters in the play!

I’ve got a bunch of film and TV projects on my plate, including a stint on Rookie Blue (ABC), and gettin’ my toon on, in a new primetime animated series I’m doing with Eva Longoria, called Mother Up!,  which will air on City, in Canada, and on Hulu, in the US.

Kim’s Convenience is playing at the Grand Theatre in London, Ontario until 2nd February 2013.

In this article:Cle Bennett, Kim's Convenience