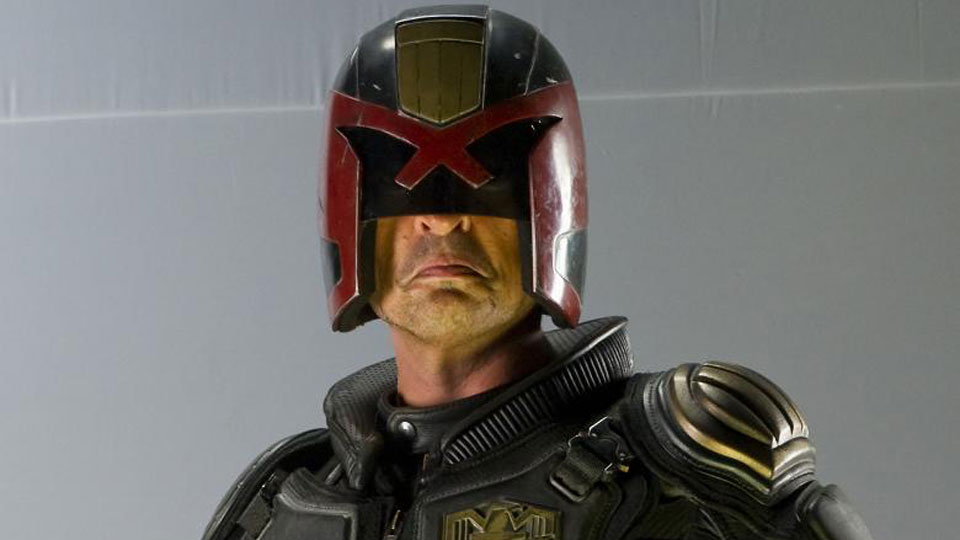 The future America is an irradiated waste land. On its East Coast lies Mega City One – a vast metropolis where criminals rule the streets. The only force of order are cops called “Judges” who possess the combined powers of judge, jury and instant executioner. “Judge” Dredd (Karl Urban – Star Trek) is assigned a mission to take back control of a 200 story vertical tower block from drug lord Ma-Ma (Lena Headey – 300). Once inside Dredd has nowhere to go but up and a relentless battle on every level.

Dredd is based on the 2000AD graphic novels that have been running for over 35 years now, and it’s never easy to transfer a graphic novel (that is so well loved) onto the screen. However, the film makers have chosen to stick very true to the stories and give an intense and very violent film. It’s a no nonsense delivery of the violent scenes, and a relentless hail of bullets constantly over the entire film.

The key to making a Judge Dredd film is the casting of Dredd, and Karl Urban gives an absolutely fantastic performance – mean, gritty and a steely demeanour that perfectly represents the character. This is, without a doubt, Urban’s greatest role to date, and one that he will be remembered for a long time.

Dredd has very similar styling and storyline to the Indonesian film The Raid, but whereas that film was about martial arts this is more about guns. Never do we see anyone without a gun, or any type of assault weapon. There is a lot of slow-mo usage for when the killings happen, but it’s in keeping with the rest of the film.

With lots of styling taken from other films (Die Hard, Blade Runner) and TV shows (The Wire) it’s hard not to find anything that would appeal to fans of junkie action films. Dredd is a return to the ultra violent films we saw back in the 1980’s such as Robocop and Surf Nazi’s Must Die. It’s a brutal and highly intense film that never lets up from beginning to end, and Karl Urban completely makes the role his own (Stallone’s Judge Dredd is long forgotten). Sit back and enjoy 90 minutes of carnage.