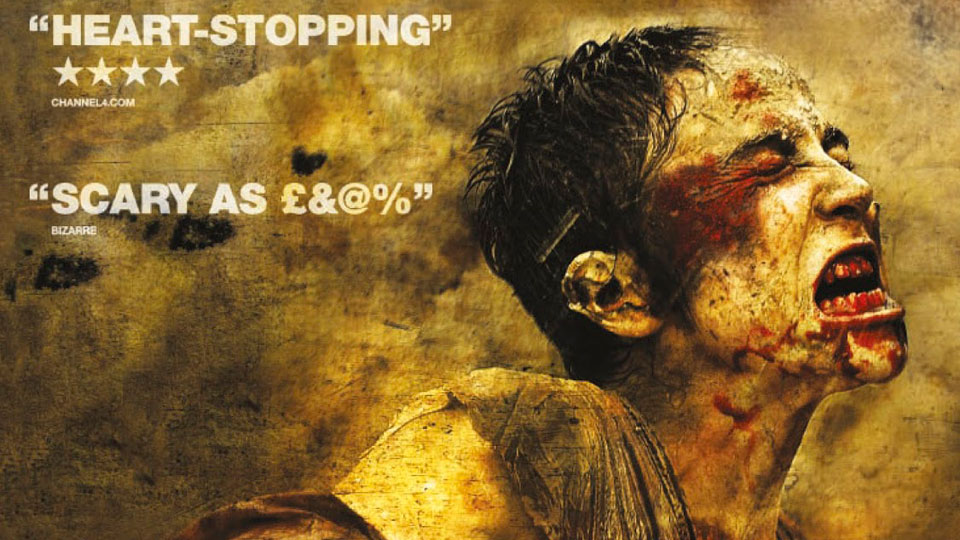 As it’s Halloween we open up the Film Vault to relive the nightmare that is Frontier(s).

Too much of a long drive to do in one night Tom and Farid find an hostel off the beaten track that not only offers free accommodation but debauched ménage à quatres and an unusually close family atmosphere. Not realising yet that their hosts are Neo Nazi inbred cannibals that only wish to procreate in order to carry on ‘the master race’; Tom and Farid tell Yasmine and Alex how to get there. Before being subjected to a, frankly inhuman amount of abuse we find that Yasmine is not only grieving for her now dead brother but also battling with an unwanted pregnancy.

Despite sounding a little implausible this film is more serious than other Nazi themed horrors like Dead Snow and can be likened more to the living nightmare film- Martyrs. Frontier(s) is one of those underrated horror films that haunts you for longer than most. Primed with a handful of protagonists who you can either root for or contentedly watch get slowly picked off.

Frontier(s) genuinely deserves its 18 certificate and is unrelenting in its brutality and depravity. While at first it seems a little ‘slow burn’ it quickly ramps up the heat- in some cases- quite literally, as we see the use of a human sized oven as a torture method. The family, led by the convincingly sadistic and underused Jean-Pierre Jorris (Tanguy) as Von Geisler and backed up by the dangerously inviting Gilberte (Estelle Lefébure- Chrysalis; and interestingly Ex-daughter-in-law of Johnny Hallyday) all work well together, complimenting each other’s merciless nuances. Throwing in the beefcake muscles of Goetz (Samuel Le Bihan- Three Colours: Red) and the desperately eerily hunched teenager Eva (Maud Forget – Bad Company) you have yourself a uniquely freakish horror story waiting to happen. Karina Testa plays the antihero/victim balance perfectly fighting to the bitter end in a battle of wills and gritty determination to survive.

While the film is unashamedly an all out gore-fest it is more sophisticatedly written and directed (Xavier Gens – Hitman) and arguably classier than its Saw counterparts. Frontier(s) manages with genre bending skill to include car chases, explosive shoot outs and genuinely creepy- yet touching scenes.

Frontier(s) masterfully rolls up everyone’s nightmare scenario- whether that be baby stealing Nazis, claustrophobic tunnel escapes, tortured souls in the basement, creepy girl with bunches or axe wielding sociopathic butcher types – without feeling cluttered or overdone. Even in the scenes without blood there is a constant and tantalizing sense of foreboding. If you’re usually left cold or unsatisfied with most horror films then Frontier(s) might be the film for you.

Advertisement. Scroll to continue reading.
In this article:Frontiers