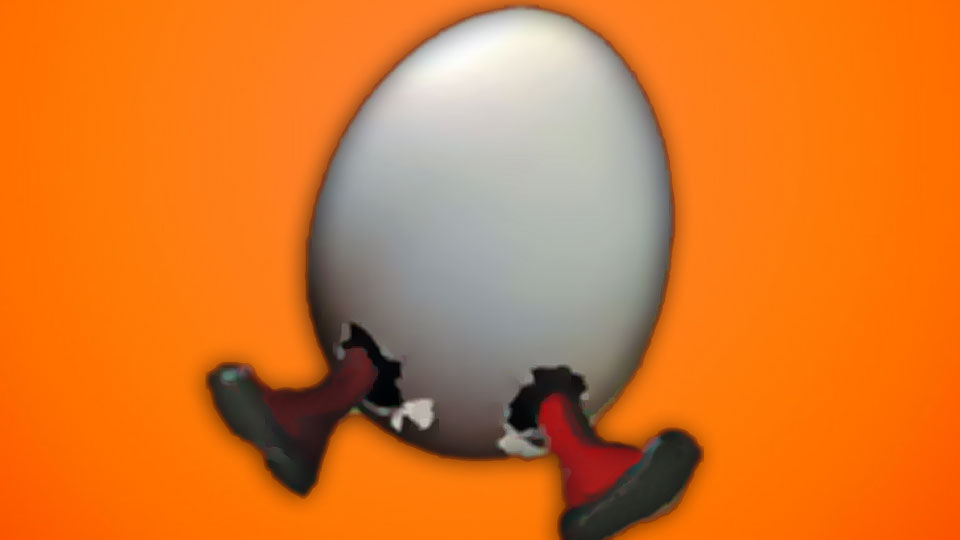 Honk! is a family-friendly musical running over the festive period at Chiswick’s Tabard Theatre (mums and dads take note – it’s above an exceptionally good pub). Honk! sees the fairytale of the ugly duckling broadened into a modern story with a strongly beating moral heart. It has the feel of a Disney movie meshed with the kitsch and double-entendre bawdiness of a good British panto, played out by actors in anthropomorphic costumes that suggest, rather than literally recreate, the animals they are playing. Overall, it’s winsomely good-natured.

We’re introduced to life on the farm, and to the family of ducks who live beside the water. Ida and Drake (Kathryn Rutherford and Mark White) are expecting their chicks to hatch at any moment, only one of the eggs is peculiarly large. Two delightful young chicks soon emerge (Ben Vivian-Jones and Lydia Jenkins) but when their brother makes an appearance he’s – well – different…

Shunned by all but his mother, and named ‘Ugly’ by everyone he meets, the gangling and overgrown chick is separated from his family and has to find his way in the world in a heart-warming if often meandering coming-of-age story.

Honk! enjoys some excellent performances. Young Joe Sterling is delightful in the lead role of Ugly, his gangly frame, mad hair, handsomely geeky features and winsome demeanour gives all age-groups in the audience a strongly-performed and sympathetic hero whose story is a joy to follow.

On scene-stealing form is Tim Oxbrow as boo-hiss baddie the Cat. Moving like a panther and malevolently sexy, Oxbrow’s presence on stage is a constant bonus. The scene in which he prepares the unwitting Ugly for lunch is brilliantly conceived and played; as is his seduction of pampered house cat Queenie (Kate Scott).

Whilst Honk! has much to recommend it, it has the feeling of a show a draft away from being polished, since there is a fair amount of poor jokes (the humour is hit-and-miss – there’s much to laugh at and groan at in equal measure), repetition and extraneous scenes that could be culled to tighten and improve the show; and without giving it away – the ending is somewhat fudged.

Despite problems with the structure, George Stiles’ and Anthony Drewe’s songs are pretty catchy, affording the leads a good number of show-stoppers. Ugly’s heart-felt Different, the tango-esque Together (between two cats and a chicken) and the hilarious jazz-hands spectacular Warts And All by a family of frogs are highlights.

The execution is pretty good, with director Madeleine Loftin keeping the pace up. It’s always difficult for actors to perform with music played through speakers, the limited space of the Tabard precluding the band from performing on the stage; but for the most part they cope admirably well. Whilst the vocals are, to be polite, variable; the lead actors (particularly Joe Sterling, Kathryn Rutherford, Tim Oxbrow and Lydia Grant) pack enough vibrato and punch to make the melodies very pleasing on the ear.

Normally I find ambling plots that introduce new characters for one scene only off-putting, but there’s something about the joyously anarchic story of Honk! that makes it infectious. Thus the squadron of RAF-style geese and the wise-cracking frog (one of a number of parts played by the versatile Alex Papachristou – a camp Christmas-fearing turkey being another) add flavour to the story if nothing to the plot, and make for enjoyable vignettes.

Honk! works as a family show, full of bright colours, happy songs and goofy characters. I suspect the story world will resonate most strongly with the eight to twelve year-old bracket. There are just enough knowing winks to keep the adults on side, but it’s a show best enjoyed with juniors in tow. Best of all, there’s a great and modern moral lesson at the heart of Honk! – that it’s OK to be different, and our differences are cause for celebration.