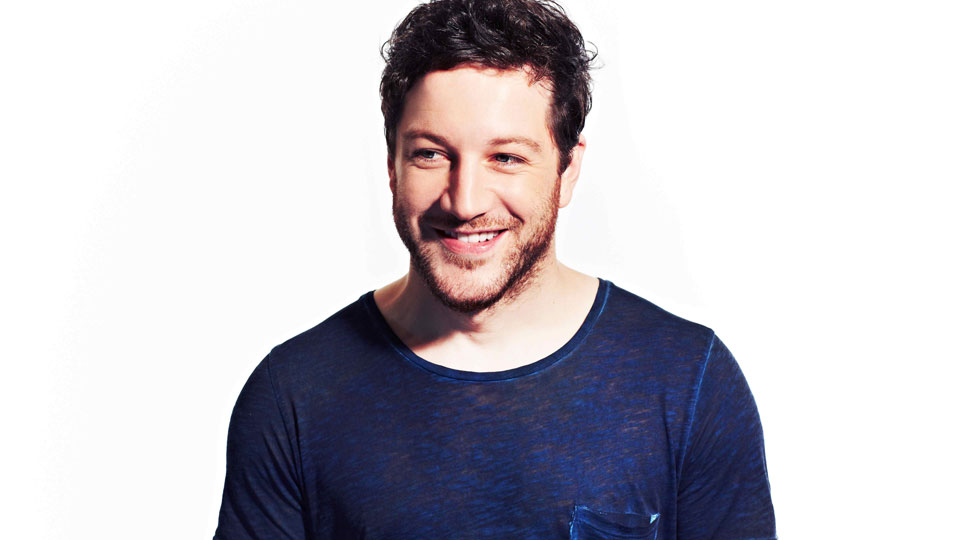 Matt Cardle won The X Factor in 2010 and his debut album Letters was certified platinum.

After changing labels earlier in the year, Matt released his second album The Fire which shot straight into the UK Top 10 without any major label support. He’s also spent much of the year on the road touring, writing and promoting.

We called Matt to catch up on what 2012 has been like for him, discuss the success of The Fire and find out more about his 2013 unplugged tour.

What have you been up to since we last spoke?

I’ve been up to all sorts. We’ve had a crazy busy year writing the album. I’ve spent a lot of time in Los Angeles and Canada writing and we did some gigs and recording out there. We finished the album back here then we’ve been promoting the album. It’s just a month ago that the album went Top 10 so I’m over the moon.

Congratulations! Your second top 10 album. How does that feel?

It’s great and it’s my second top 10 album in a year – not many people can say that.

You’ve moved record labels since the release of ‘Letters’. What was behind that decision?

It was a case of creative differences, a difference of opinion over direction and things like that, and priorities. I just wanted to write the record that I’ve written. I don’t think that was what they wanted me to do so it was a joint decision to leave. I couldn’t be happier now and the proof is in the pudding.

I got to do the album I wanted to do and again it went Top 10. This is with very little support as well and we went independent. Last time it was a number 2 album with huge support from a major label. This time round I had huge support from my label but everywhere else didn’t give me much support and I still managed to get a Top 10 album. That speaks volumes if you ask me.

People seem intent on trying to pull you down saying you haven’t had success, when quite clearly you have. Does it feel good to you to prove the critics wrong with your success especially now you’ve achieved this on your own?

Yeah. I wish would recognise that more than they have. The fact that it did as well as it did and people kept quiet about it. People are hellbent on putting me down and the knives have been out a long time for me. This record – having the success it’s had and reaching the position it did with the support that we’ve had – was a real kind of ‘look will you just quit trying to put me down because clearly I’ve been successful thank you’ (laughs). It’s frustrating; I’m not going to lie.

That’s the way it is. I don’t know what I’ve done to these people. If I’ve offended their parents somehow then I apologise (laughs).

All you’ve done is prove them wrong and no one likes to be proven wrong do they?

No one likes to be proven wrong but I’ll continue to do that hopefully.

Tell us about the unplugged tour you’ve recently announced.

It’s not long ago, only April last year, that we did a huge tour. We did 23 dates that sold out across the UK and Ireland performing to nearly 50,000 people playing places like Hammersmith Apollo and Manchester Apollo. I just wanted to strip it back a little bit and I know a lot of my fans like the more acoustic side of what I do. To be fair, we’ve got so much to do with pushing the album internationally and things like that, we haven’t got the time to put another huge production on like last time. It’s just nice to get things back to basics you know?

You’re going to be playing some fantastic venues. Are there any you’re really looking forward to playing?

I’m really looking forward to playing Union Chapel. I’ve played there before with Terry Wogan for a Weekend Woganevent on Radio 2. It’s just an amazing atmosphere and an amazing venue. I just really can’t wait for the tour.

It should be a good one!

Your new single ‘Anyone Else’ is out very soon. Tell us about the track.

I wrote that in L.A. and I was feeling positive about my break-up. The song is essentially about not wanting to sleep around and just be with that one person you’re in love with. Not that I have been sleeping around but the song is about that. It’s one of the poppiest tracks on the album and catchy. It’s a good fun track y’know?

What kind of reaction have you had from the fans since the video’s been out?

I’ve had an amazing reaction not just to this but to the whole album. I just want to thank everyone. I definitely feel that I’ve gained lots more, and different kinds of, fans. There are a lot more guys getting involved with it because I think it is a more laddy record than the first one.

The album sounds closer to the artist we saw early on in ‘The X Factor’ and it feels like you’ve taken some of the polish off. Was that your intention?

That was the absolute intention. There were elements of that in the first record but at the same time it was very polished. I’m super proud of Letters. It was a platinum album and it brought me a 23 date sell-out tour. Not for a split-second am I going to knock what I’ve done or say this is what I should have been doing. That’s what happened then and this is what is happening now. The album is a transition back from The X Factor to the artist that I am now and going to continue to be in the future.

Have you started thinking about how your sound is going to be after this record?

Yeah, absolutely. The thing is with writing, you can’t really plan these things. I’ve been in the studio here and in L.A. writing and I knew that I wanted it to be more rocky and you can start turning the amps up a little bit more, taking the compression off things but you’ve got to be led by the music and that’s what we did this time round.

Why did you decide to close the album with a cover of ‘The First Time Ever I Saw Your Face’?

We had such an amazing reaction to that track when I was on the show. A lot of people were saying it was one of the defining moments of me on the show. It’s certainly what got me through Boot Camp to the Judges’ Houses and even further than that onto the live shows. I still get people in the street asking me about that track and saying how much they loved it. I didn’t see any reason why we shouldn’t put a new version of it on there to give to the fans so they can have it to listen to.

It seems the perfect way to round off the album as it bridges the first album and your ‘X Factor’ journey to your progression and career now.

Absolutely and I’ve done it in a way that I would have done if it had been my own song.

Have you started working on or thinking about the third album yet?

I’m always, always writing. I’m not always thinking about writing for another album. Sometimes I think about writing for other people. There are definitely tracks I’ve written that I think will be on my third album. We’re still in the thick of this album but things start to mould into one and the odd thing slips out now and again.

Are you tempted to follow the Rihanna template and release an album every 12 months?

To be fair, the rate I’m going that could happen! It’s hard work not just for myself but for my manager too. It’ll be out when it’s right and ready.

What will you be doing to relax this Christmas?

I’m just going to go back to Essex to see my family. Get drunk with my mum, my dad and my brothers. Watch my dad get drunk and fall asleep by midday, go skateboarding…it’s going to be freezing, lots of nice food. Just the standard thing. I’m not the most Christmassy person you’re going to meet.

We take it you’ve not got the tree up already then?

(laughs) No! I’ve not got a single decoration in my flat.

‘Anyone Else’ is released on 31st December 2012 and Matt’s album ‘The Fire’ is available now.

In this article:Matt Cardle, The X Factor