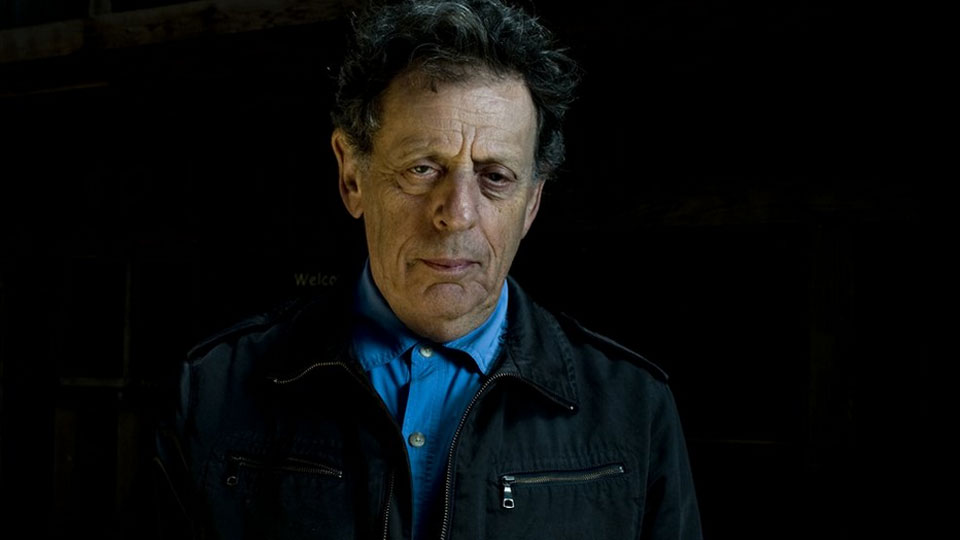 Suffice to say composer extraordinaire Philip Glass is kind of a big deal, but we’ll let you off if you haven’t heard of him, because you’ll have heard his work whether you realise it or not. The scope of his greatness is inexplicable, but a fairly recent example of it which quietly worked its way under the world’s skin is his impossibly moving Oscar-nominated and BAFTA Award-winning score/soundtrack to The Hours (the intense 2002 tearjerker starring Nicole Kidman as Virginia Woolf).

To celebrate his 75th birthday next January, the Barbican are hosting a series of special concerts revisiting his most epic achievements. Last night Glass was joined on stage by what can only be described as an orchestra and choir super-team comprised of the Britten Sinfonia, Philip Glass Ensemble, and Trinity Laban Chamber Choir to perform a live rendition of the score to Koyaanisqatsi, Godfrey Reggio’s dialogue-free 1982 film, consisting of striking shots of landscapes, cityscapes and lifescapes in all their strange beauty and ultimate decay.

As a newcomer to both the film and the score I was immediately spellbound; with no discernible plot to follow – there’s a randomness to the footage that alternates between fast and slow-motion – it’s difficult to comprehend the emotional journey you’re taken on. On screen, buildings and mountains are equally glorified and idolised through anticipatory zoom-ins so slow and grandiose you can barely sit still for want of seeing what’s next. The sight on stage, of a dense network of musicians playing in perfect unison is a suitably grand visual accompaniment. The music itself, meanwhile, is an astonishing feat of storytelling, full of emotive intricacies and risky instrumental chapters. A layered, piercing keyboard accompanied by a deep-voiced gentleman forebodingly chanting the film’s title over and over again (while clouds collide or a rocket explodes on screen) is my most prominent sonic memory. But the crash and wallop of the wall of sound upon the film’s climactic scenes increases the heart rate; suddenly, the music stops but for the gentlest of sounds while a camera suspended one thousand feet in the area beholds a city beneath it, as if it (or you) were flying.

This is how the film unfolds over the best part of 90 minutes. One and half hours’ of footage and a one-and-a-half hour piece of music; and yet, it rushed by in what felt like ten minutes.

If a film like this were released today – in spite of its warnings about ruining the planet carrying wildly increased relevance – it might be wrongly dismissed as pretentious. As it stands its a faultless creation that makes early 80s America look and sound simultaneously romantic and repulsive.

Last night’s concert, as a retrospective of fantastic score of Glass’s, was a treat (for example, it’s fascinating to see how, even after all these years, through his body language alone, Glass recalls every single last element and component of his score). But together with the screening, it was more the film as a cohesive work that was underlined – as such, it’s it that’s now forever burned on my consciousness.

In this article:Barbican, Philip Glass