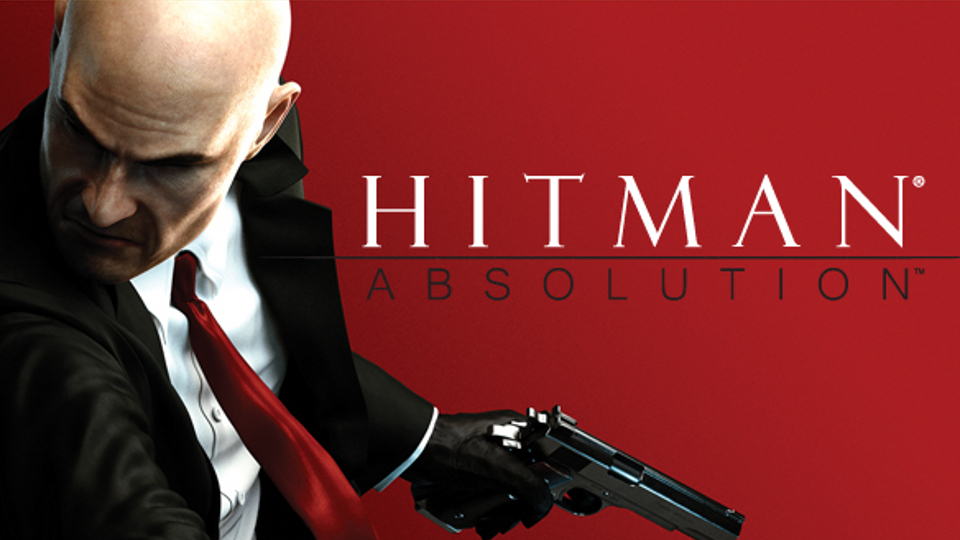 Hitman Absolution is actually the fifth game in the Hitman series from IO Interactive and Square Enix. We took a look at the Xbox 360 version but the game is also available on PC and PS3.

Players were first introduced to the bald-headed assassin, Agent 47, back in 2000 in Hitman: Codename 47 on the PC. The game then went multiformat with new releases every 2 years until Hitman: Blood Money released in 2006. Six years have passed and everyone’s favourite assassin is back in Hitman Absolution.

Absolution follows on from the events of Blood Money and begins after Agent 47’s long-time handler Diana Burnwood goes rogue. After sabotaging and publicly exposing the International Contract Agency (ICA) it reforms and they take out a hit contract on her. Naturally Agent 47 accepts the contract and discovers he must also return with a young girl named Victoria. The hit on Diana serves as the prologue to Absolution and the mission is used as the games tutorial. There’s little flexibility in how you approach it and the outcome is predetermined.

The game features five difficulty levels to cater for players of all skill levels. If you’re new to the series you might want to begin on the easiest difficulty. Fans of the series will be more suited to Normal or Hard on their first playthrough. The difficulty level affects all manner of things including number of enemies, how quickly they react to spotting you and also how your helper ability Instinct behaves.

Instinct is a kind of intuition mode that 47 can activate to help him in a variety of ways. It allows you to track enemies through walls as well as see their patrol paths when they are moving. Objects that you can interact with become highlighted and hints on how to use them are also given. When faced with multiple enemies you can use Instinct to enter a special shooting mode that allows you to tag enemies and dispatch them quickly. Instinct can also be used to prevent enemies from recognising you when walking close to them.

Once past the tutorial you are given a lot more freedom in how you tackle your objectives across the sixteen chapters of the game. Objectives normally require you to take out a particular target or move to a particular area. Hitman Absolution is designed as a stealth game but you can go in shooting if you desire. Your actions are constantly monitored and an ever present score indicates how you are doing. Despite being allowed to play your own way the game does tend to reward stealth play and punish you when you get spotted.

When you do get spotted you have a variety of options available. You might choose to deal with the situation with force, feign surrender or flee. Pretending to surrender is our favourite as it lets you get close to the enemies and then take them out with devastating close combat moves.

As well as the scoring system each mission features many challenges that you can complete. Examples might be hiding a certain number of bodies or wearing a certain disguise. The challenges give you clues to how to complete the mission and there are plenty of them which rewards multiple playthroughs. Completing challenges is also made worthwhile as they grant score multipliers.

The game is incredibly rewarding when you find a way to beat a situation. Taking your time is necessary if you’re going for stealth so observing enemies and listening in to their conversations is essential before you decide on your next move. You might choose to subdue an enemy or kill them but you should always take care to cover your tracks by moving and hiding the bodies so as not to alert others to your presence.

One of our biggest gripes with Absolution is the lack of a proper save system. Instead the game relies on checkpoints which you can choose to activate. When things go bad and you end up dead you can go back to a previous checkpoint but this often means you have large amounts of a mission to reply again. When up against some of the more difficult missions replaying the same portions becomes rather frustrating. At times we also found the controls to be a little clumsy which led to us dying unnecessarily.

In addition to the single player campaign the game features online leaderboards and a competitive contracts mode. The contracts mode is a fantastic twist on player created content that allows you to replay the single player missions and turn them into challenges for the community. While playing you can select up to three targets and the game monitors how you play to create objectives for other players who take on your contract. Each contract gets its own leaderboard and challenging and beating friends is great fun.

Graphically Hitman Absolution looks absolutely stunning thanks to IO Interactive’s Glacier 2 engine. The art direction is excellent and the environments are incredibly detailed and very realistic. The character models are also detailed with some great animation. The game is able to render large amounts of people and many of the environments feel really alive. The voice acting also deserves a mention with many brilliant performances from the well-known cast.

Hitman Absolution is a brilliant game and another great entry for the series. The game feels more approachable for newcomers than previous entries. The freedom of choice when tackling missions brings fantastic replayability and when coupled with the online leaderboards will keep players coming back for a long time. If you enjoy stealth games or are already a fan of the series then Hitman Absolution is a highly recommended purchase.