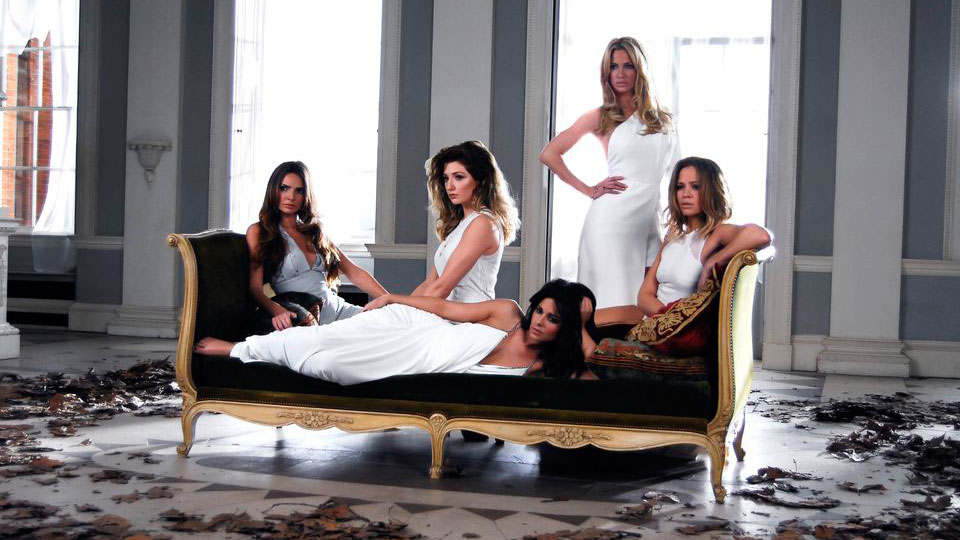 Girls Aloud’s 10 year celebrations don’t seem to be going quite the way anyone expected. After a three year hiatus the five-piece pop force returned with new single Something New and missed out on the top spot to Olly Murs despite the single being the official Children In Need single. Their new greatest hits collection Ten debuted at a disappointing number 9 before quickly dropping down the charts. Using their release strategy from 2005 album Chemistry, Girls Aloud are following up Something New rapidly with new single Beautiful ‘Cause You Love Me.

Beautiful ‘Cause You Love Me is one of the new tracks included on Ten and couldn’t be more different to previous single Something New. A stripped-back ballad, the song sees the girls singing feel comfortable in their own skin and being made to feel beautiful by a loved one. For once Nicola and Kimberley get to shine as they take on the lion’s share of the vocals along with Cheryl.  Nicola has blossomed the most as a vocalist since the beginning of Girls Aloud and she provides a powerful chorus here. Kimberley also shows the new strength in her voice following her stint on the West End in Shrek. Nadine is oddly barely on the record and Sarah is given one verse.

Historically Girls Aloud’s ballads, with the exception of I’ll Stand By You, haven’t provided their biggest hits but we hope fans do go out and support this as it’s one of their finest. With an arena tour on the horizon in the New Year it’s going to be interesting to see if Girls Aloud decide to continue on or go their separate ways in 2013. The underwhelming response to their comeback has been disappointing and we hope they manage to turn things round. Perhaps another greatest hits album was just too soon after their first one in 2006?

Advertisement. Scroll to continue reading.
In this article:Girls Aloud