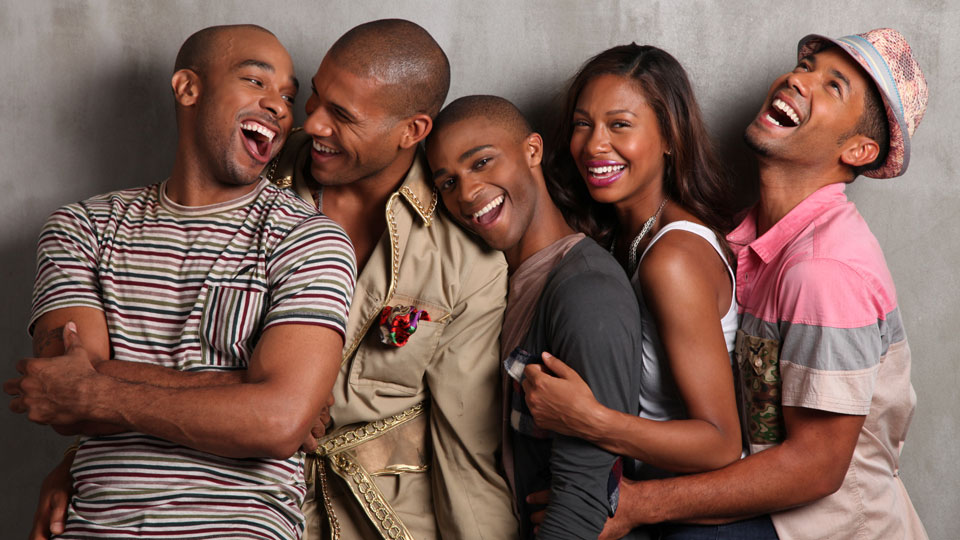 Magnus (Jussie Smollett) believes he’s in a happy relationship of five months with his boyfriend Ryan (Dustin Ross). The couple have agreed to abstain from sex for six months promising to get to know each other better before they do the deed. As Gay Pride approaches in New York City, Magnus invites his university friends to join him including lesbian Langston (Shanika Warren-Markland), wide-eyed Sebastian (Blake Young-Fountain), promiscuous Kyle (Anthony Burrell) and sarcastic Joey (Jeffrey Bowyer-Chapman). As the friends reconnect secrets, buried feelings and drama unfolds.

The Skinny is an American romantic comedy from Noah’s Arc creator Patrik-Ian Polk exploring the relationships between a group of friends. Meeting up one year after they graduated university, the group have grown in many ways with some members retaining the innocence of youth due to a lack of life experience.

The film tries to tackle some important issues such as date rape, HIV and fidelity but it does so with very little depth. This makes it feel a little shallow and fails to put the weight behind its story in the way we’re sure writer/director Polk aimed for. One of the issues is that the five main characters don’t have enough time to be developed so their stories seem tagged onto that of Magnus and Sebastian who really are the film’s main characters.

The cast do a good job and create believable chemistry. Jussie Smollett in particular plays Magnus with such misplaced optimism that you can’t help but root for him. Similarly Blake Young-Fountain’s Sebastian is so unaware of the real world thanks to being molly-coddled by his parents that his eyes really get opened on the New York party scene. You want to wrap him in a blanket and cuddle him until all the badness in the world disappears.

Extras on the DVD include deleted scenes, a director’s commentary, behind-the-scenes footage and a photo gallery.

The Skinny is an enjoyable comedy drama but lacks the bite it needs to really drive the issues it covers homes. Polk offers a decent story and his direction is eye-catching but a little more exploration of the issues at hand would have made this a stronger film. It’s an admirable effort and we can see what Polk intended but unfortunately The Skinnydoesn’t quite pull it off.