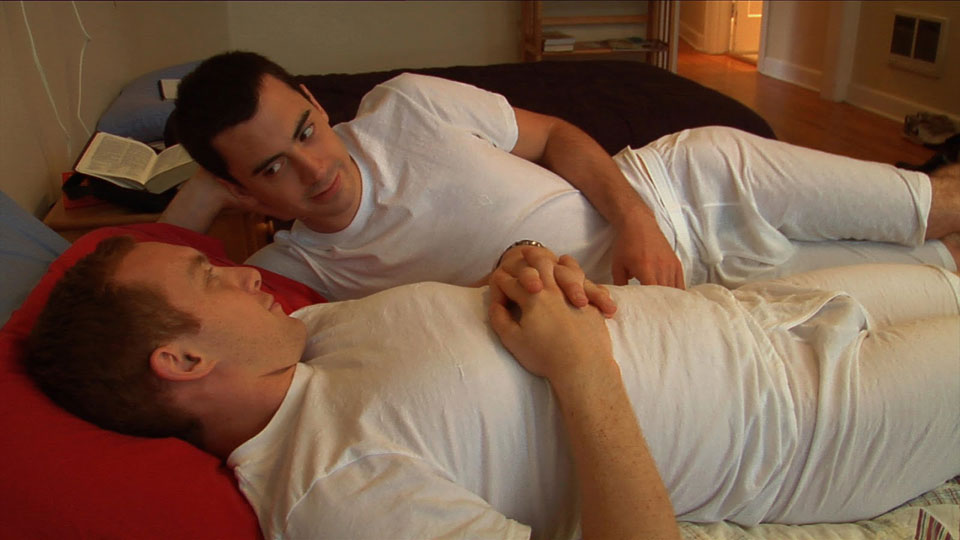 Mormon teenager RJ (Nick Ferrucci) travels to Oregon to serve his first mission. On arrival he discovers he’s sharing a room with Chris (Ben Farmer), the missionary who will be his partner for the mission. As they preach the Gospel by knocking on strangers’ doors, the two boys start to uncover secrets in their own lives. Before long the two fall in love and navigate the murky waters of homosexuality and religion whilst trying to keep their relationship a secret.

The Falls treads a very well-worn path by exploring the often conflicting relationship between homosexuality and religion.  The premise of The Falls promises to be bold but sadly it fails to offer anything new that we haven’t seen a hundred times over, and done better. The movie recalls the superior Latter Days and never really gets under the skin of the issues it’s trying to address. RJ and Chris don’t seem to have much hesitation about jumping into bed together and they are so careless it’s no surprise when the inevitable happens.

Other scenes in the movie fail to ring true too. At one point the boys revisit a man they met whilst knocking on doors. As they talk to him they try smoking weed, again with little hesitation about doing so. A story like this benefits from personal struggles and battles and you only start to get a glimpse of this when the love affair between the two boys is uncovered.

The performances in The Falls don’t grab you either. Ferrucci and Farmer are ok in their roles but they don’t make you want to root for their characters. We felt strangely indifferent to what was unfolding as the film fails to engage you early on. The direction from Jon Garcia feels very loose and his writing isn’t polished enough to provide a gripping story to keep you interested throughout the film’s 90 minutes.

The Falls is a disappointing movie that doesn’t deliver on its promise. With a half-baked storyline and no particularly strong performances, we’d say it’s best to give this one a miss. Films such as The Seminarian and Latter Dayscover similar ground and we’d recommend checking those out instead as they’re much better.

‘The Falls’ is released on 14th January in the UK.