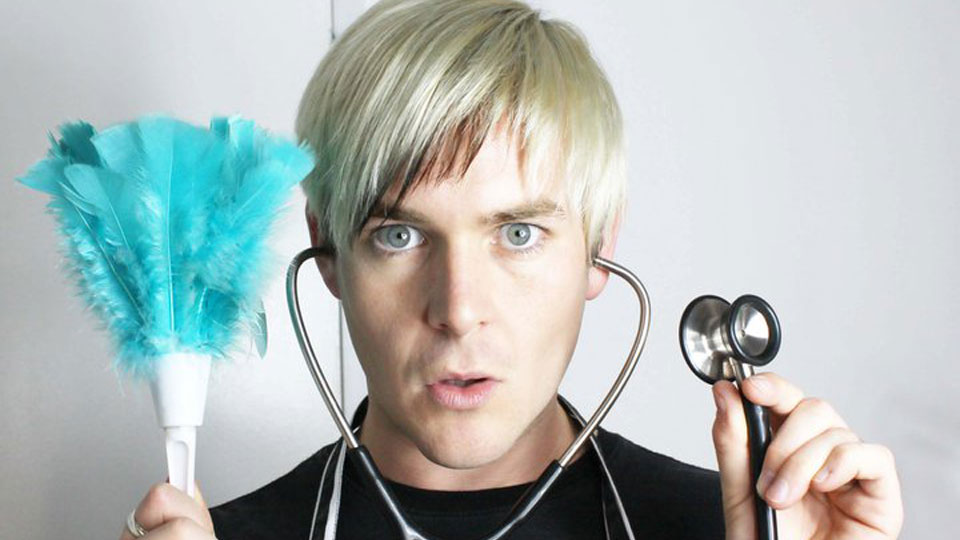 Jonathan Duffy and his partner Dr. Vincent Cornelisse decide to move from Brisbane to the more rural town of Mundubbera in Australia. Making the decision based on an opportunity for Vincent to further his medical career, the couple move despite fears form their friends that they won’t be accepted due to their sexuality. Armed with a camera, Jonathan films the couple’s experience as they discover the rural town isn’t quite as unaccepting as they both feared it may have been.

The Doctor’s Wife is a documentary about learning to live in new circumstances and acceptance. As it opens, the documentary finds Jonathan and Vincent worrying that they could be letting themselves in for a very difficult time by moving to Mundubbera. The Australian countryside is not known for its liberal thinking and many of the couple’s friends express their surprise and fear about the decision.

Once the couple make the move the locals are interviewed about their reactions when they found out a gay couple was moving into their town. For the most part the locals admit they were surprised at the couple’s boldness but none of them seem all that bothered. The set-up makes you expect that the couple will have to overcome adversity to earn their place in the society and that isn’t really the case. Fair enough Jonathan throws himself into the community for acceptance but you feel he’s more concerned about being accepted than the community is about accepting him.

The Doctor’s Wife doesn’t quite explore the subject that it set out. We hear far more about Jonathan’s experiences than we do about Vincent’s which is a shame about Vincent’s story of being accepted as a gay doctor is a more interesting hook. Jonathan is a little dramatic to put it nicely and at times the documentary feels held up by his commentary

Extras on the disc include a director’s commentary, deleted scenes, ‘Shameless Self Promotion’ videos and a trailers.

The Doctor’s Wife sadly isn’t the documentary we were expecting to watch. Whilst we admit it was a brave decision for the couple to move to a rural part of Australia it’s hardly the ‘brave and heroic’ journey that Jonathan labels it as in the opening minutes. Every gay man and women has had to deal with homophobia within society regardless of where they live and many have a much tougher time than this couple do in the documentary. The Doctor’s Wife is at times entertaining but that’s more because of Jonathan’s dramatic personality rather than the story it’s telling.

In this article:Jonathan Duffy, Vincent Cornelisse