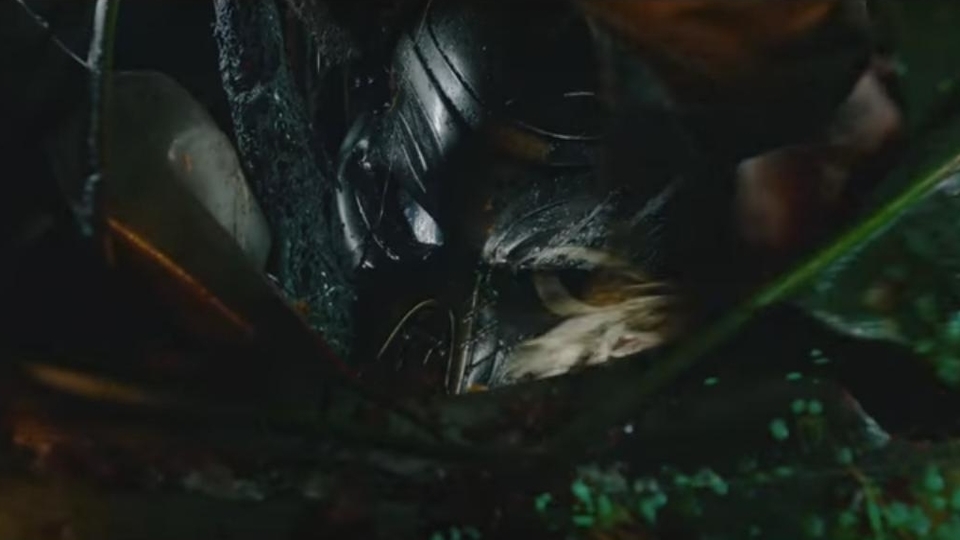 The Alien franchise has seemingly hit a plateau – a curse that was inevitable after such a breathtaking original chapter and first sequel. Now, five movies later (we won’t count the Aliens vs Predator off-shoots) and Alien: Covenant arrives in theatres, once again promising a lot. On the one hand it’s exactly what you would expect from an Alien film, with scares, suspense and solid acting throughout. But ultimately we’ve seen it all before, and there’s not enough originality here to make Covenant stand out in its own right.

It must be said that Alien: Covenant is a much more rewarding experience than Prometheus –due largely to the fact that the Xenomorphs (Aliens) are actually present in this film. 10 years have passed since the events of Prometheus. A ship (the Covenant) is carrying colonists on a long journey to a new planet, in the hope of establishing a new base for humans to call home. The Covenant is hit by a freak electrical storm that wakes the crew up early from hyper-sleep. The storm results in fatal casualties so the newly promoted captain Oram (Billy Crudup) must make some tough choices – one being the decision to explore a newly-discovered, unchartered planet that’s much closer and shares even better prospects for colonisation.

Crucially though, a human distress signal is also being transmitted from there. So Oram and an away team, including crew-members Daniels (Katherine Waterston) and Lope (Demián Bichir) arrive on the planet with Tennessee (Danny McBride) and his colleagues close by, ready to assist when needed. Upon arrival they meet David (Michael Fassbender), who has been marooned there for years. But what are his motives and what has been doing in that time? Soon, the secrets of this planet are revealed to the crew of the Covenant, with terrifying consequences.

In its run-up to release, Ridley Scott made a point of stating that Prometheus was going to be game-changing science fiction. It wasn’t, and it seemed that a lot of people were let down by it. Alien: Covenant goes some way to restore faith in the franchise but outside of its simple remit, there’s not much invention or innovation present. People go somewhere they shouldn’t and Aliens come out to play – we’ve seen it all before. What sets Covenant apart is a sensational leading turn from Michael Fassbender playing a dual role – David; whom we met in Prometheus, and Walter; an advanced version but with limited free-will.

Fassbender completely commands the screen and is sensational here. He makes Walter a character that’s easy to champion whilst David constantly keeps you on your toes, as his motives and intentions are always so hard to predict. A particular highlight comes when David teaches Walter how to play the flute – a scene positively bubbling with tension throughout. Katherine Waterston and Danny McBride are also great, with Waterston easily making a case for why she should lead this franchise going forward. Elsewhere, there are poorly written supporting roles that will make you shout at the screen. Some characters, especially Faris (Amy Seimetz), Upworth (Callie Hernandez), Ricks (Jussie Smollett) and Lope (Demián Bichir) never engage, and do some absurdly stupid things during the film. Thankfully Carmen Ejogo balances them out as Oram’s wife Karine, but she is critically underused.

The rest of the film is very predictable – there are aliens running around causing chaos and terrified humans come up short every time. It’s nice to see some proper wince-worthy horror weaved into the fold though, with some particularly satisfying gory moments scattered throughout and caked in blood. Then there are the Xenomorphs themselves, which are truly breathtaking in design. The novelty factor of seeing an Alien bursting out of a human hasn’t been lost yet, with some particularly eye-watering moments that leave a lasting impression on the audience.

Alien: Covenant is an enjoyable and entertaining sixth chapter in this franchise and does the basics right. Just don’t go in expecting any more depth than that. Perhaps the next chapter will fare better. For that to happen, the Alien franchise has to be braver in its approach and storytelling. For now, Alien: Covenant is a solid watch, but one that could (and should) have tried much harder to innovate rather than just rehash.