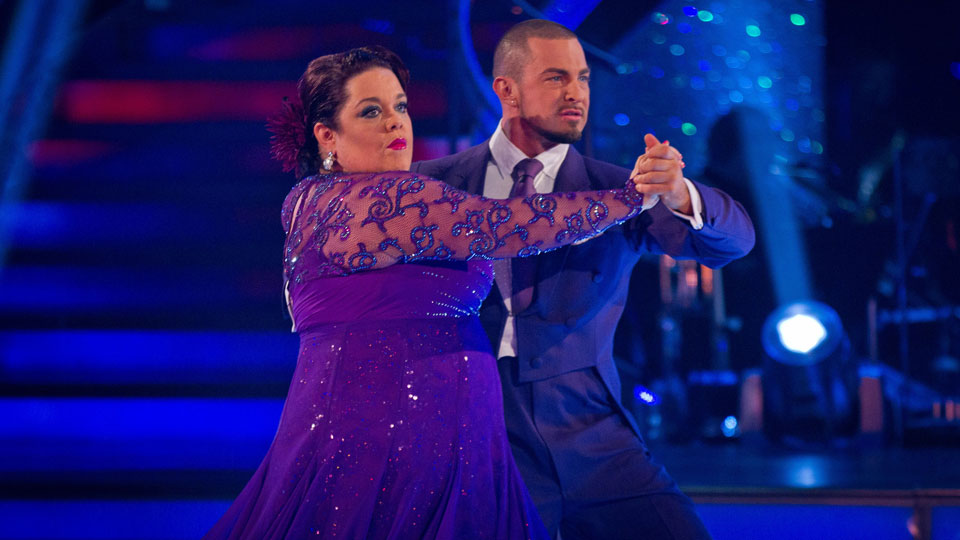 As the Strictly Come Dancing competition heats up there’s one couple that never fails to make us smile on a Saturday.

Team RiRo aka Lisa Riley and Robin Windsor have been impressing both the judges and the audience with their entertaining routines and high scores. Last week saw the couple get serious for the Tango and once again they were awarded fantastic scores.

In our weekly update with Strictly professional Robin Windsor we talk about last week’s dance, find out what’s coming up this weekend and talk about how Lisa’s getting on.

Last weekend you danced the Tango. How do you feel about the performance?

The Tango went fantastic. Obviously it wasn’t mine or Lisa’s favourite dance because it was very serious and basically no fun for us but we did the best that we could with it. We actually got good scores and we were quite happy with it in the end.

You got good scores from the judges as you say but is there anything they’ve said so far that you don’t agree with?

All the judges’ comments so far have been spot on. The main thing is Lisa’s footwork so that’s what we’ve been concentrating on this week. We’re working really, really hard and making sure that the footwork is done correctly. We’ve spent hours and hours and hours on it.

This week you’re dancing the Foxtrot…

Yes this week we are dancing the Foxtrot to Natalie Cole’s Everlasting Love. It’s a happy upbeat song and we’ve got hats and canes. It’s back to what we do best but it’s ballroom that’s camp and we love it.

They say that the Foxtrot is one of the hardest of the ballroom dances. Would you agree with that?

For me the Foxtrot is one of the hardest dances to do. It’s all about the use of the floor, the timing and holding back. Lisa likes to rush a little bit so we’ve been spending a lot of time on trying to get her to dance to the music and not ahead of it.

Are we going to see serious Lisa or fun Lisa this weekend?

Yeah, we struggled to be serious for the week. Despite it being a serious dance it was still camp and people still loved it and we loved it.

With the Foxtrot then you mentioned you’ve got hats and canes. Is this another routine choreographed around props?

We start the dance off with a prop but it’s only for a short time and the rest of the dance is actually all in hold. That’s exactly what the judges like to see so we can’t wait.

Tell us the story behind dancing to ‘Everlasting Love’ this week.

The song is very special for us this weekend for two reasons. I’m performing it for somebody very special and also it’s my boss’ wedding song. I’m actually going to choreograph her wedding song to this style so she’s over the moon that we’re using it. She’s very excited so we’re doing it for her a little bit.

How’s Lisa getting to grips with the routine this week?

It took a while for the routine to go in because there are lots and lots of choreography this week. Lisa’s been practising and practising and finally she’s got it. My main worry is that there are a couple of steps in there that if she doesn’t get right on the night it could all fall apart.

How are Lisa’s feet this week. Last week you mentioned that gel inserts were helping…

Lisa’s shoes have had their day so I actually had to get her a new pair of ballroom shoes this week. I was absolutely frightened that it would all start again with new blisters and new pain but they are feeling fine. She’s had her shoes on the entire week except for about 15 minutes because it was the end of the day and we were heading to It Takes Two.

As the competition is progressing are you starting to worry about ending up in the bottom two?

I try not to think about being in the bottom two yet. It’s just about getting through week-on-week. It’s Wembley next week and everyone just wants to get to Wembley. We just want to go out there this weekend and give it our best. Hopefully we’ll be on the way to Wembley next week.

Are you feeling the pressure now we’re up to Week 6?

We’re almost at the halfway stage. The competition is getting tougher and tougher and tougher. Everybody is good this year. It’s up to the judges and the public, and who they think is the best and most deserving to go through week-on-week.

Michael Vaughan is continuing to excel at Ballroom. Maybe he’ll falter when he gets back to Latin?

He’s doing a Salsa this week. I think he’s starting to adapt and find his hips. Who knows what’s going to happen next weekend? He’s doing absolutely fantastic in the Ballroom and I think he’s a bit of a dark horse.

‘Strictly Come Dancing’ continues on Saturday night at 6.30pm on BBC One and BBC One HD.