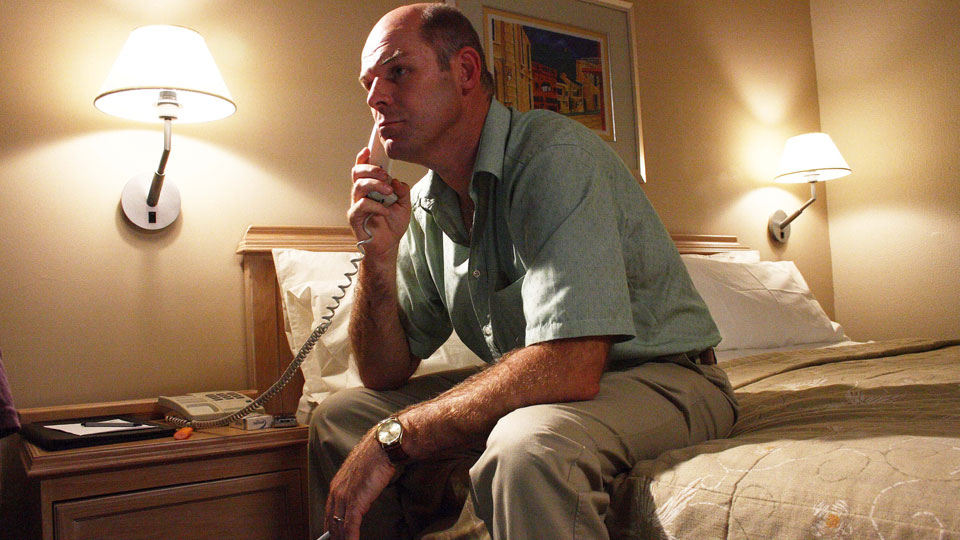 Francois van Heerden (Deon Lotz) is in his mid-40s and lives a double life. To his wife and family he appears to be a loving and caring man but behind closed doors he’s a closeted, deeply unhappy and frustrated man. A chance meeting with the handsome Christian (Charlie Keegan), the son of a friend, leads to Francois’ unravelling as he becomes obsessed. As he struggles to suppress his desires, Francois sees his life spiral in unexpected ways and he soon discovers things will never be the same again.

Beauty has garnered a lot of critical acclaim whilst attracting a fair bit of controversy. After lulling you into a false sense of security in the opening moments where Francois looks on at the guests at his daughter’s wedding and everything seems quite lovely, Beauty soon goes to much darker places. The movie is a tale of suppressed sexuality, unrequited lust and uncontrollable desire.

From Francois’ first on-screen meeting with Christian (who he refers to as his nephew) it’s clear that obsession is going to be the main theme of the film. Francois can’t get Christian out of his head and begins to find reasons to see him. From spying on him at the beach through to manipulating his way into situations to be near him, it all starts to get a bit creepy. The movie’s most-talked about scene is absolutely shocking and whilst repulsive incredibly powerful. It signifies a change for Francois that he will never return from and goes further than most films would dare.

Deon Lotz gives a tour-de-force performance as the deeply troubled Francois. Long portions of the movie don’t require Lotz to actually say anything but he conveys his struggle through facial expressions and movement. He manages to humanise Francois whilst ensuring that he creeps you out and makes you really uncomfortable. Charlie Keegan is also superb as the much-desired Christian. He effortlessly oozes sex and he was the perfect choice to play Francois’ obsession.

Beauty is a powerful, enthralling and disturbing movie that leaves a lasting impression long after the credits have finished rolling. Some people will struggle with several scenes in the movie and it’s definitely not for everyone. Beautyis a hard-hitting exploration of all-consuming desire that forces a man to do unspeakable things in an attempt to be happy in his own skin. As tragic as it is upsetting, it’s a superb movie but it’s not easy viewing.