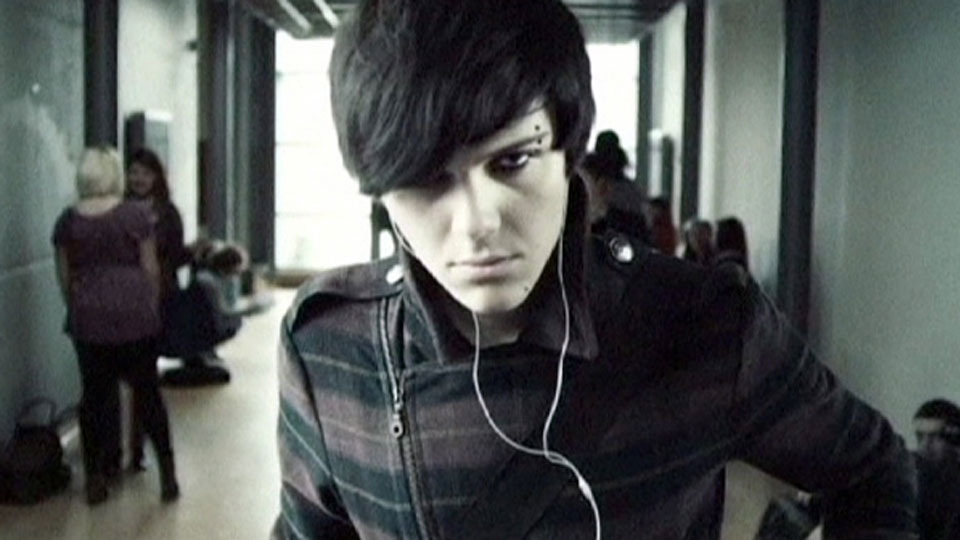 Dominik (Jakub Gierszal) is a reasonably average teenager who enjoys hanging out with his friends and rebelling against his parents. At the school prom things get a little wild and he is filmed kissing his friend Alex (Bartosz Gelner). The immediate aftermath causes a buzz and Dominik starts to realise his sexuality but soon his Alex and the rest of his friends turn on him. Driven to despair, Dominik finds comfort in an online chat room when he connects with Sylwia (Roma Gasiorowska-Zurawska). Soon he’s pulled into a world of self-harming and pain that threatens to consume his life and destroy his family.

Suicide Room is an interesting concept and one that takes a little while to get used to. The movie is part live-action, part computer generated and the mixture of the two feels quite fresh and unique. As Dominik is pulled into his new cyber world we see the story unfold through his computer generated avatar rather than in the real world. Dominik is desperate to connect with anyone after his friends turn their backs on him.

As the movie progresses you begin to understand that a lot of Dominik’s issues stem from his parents who seem very distanced from him. They are so busy with their own lives that they don’t notice the pain and suffering that their own son is going through. Their lack of attention or affection is without a doubt a contributing factor to his decline.

The best thing about the movie is the performance of Dominik Santorski. Despite the story waning towards the end of the movie, he consistently delivers a solid and mature performance. He perfectly captures the teenage misfit that we all knew in our schooldays and he really fleshes Dominik out. Some of the scenes in the movie are really intense and he convinces in the moments where we see Dominik losing control and reaching the depths of despair.

There’s a lot that we liked about Suicide Room but we don’t feel that the second half of the movie matched the intensity or the promise of the first half. Whilst the concept is fresh, the darker second half starts to drag and you feel like the plot is going round in circles. By the end of the movie you’re not really all that sure what you feel and Dominik’s spiralling is actually pretty depressing to watch.