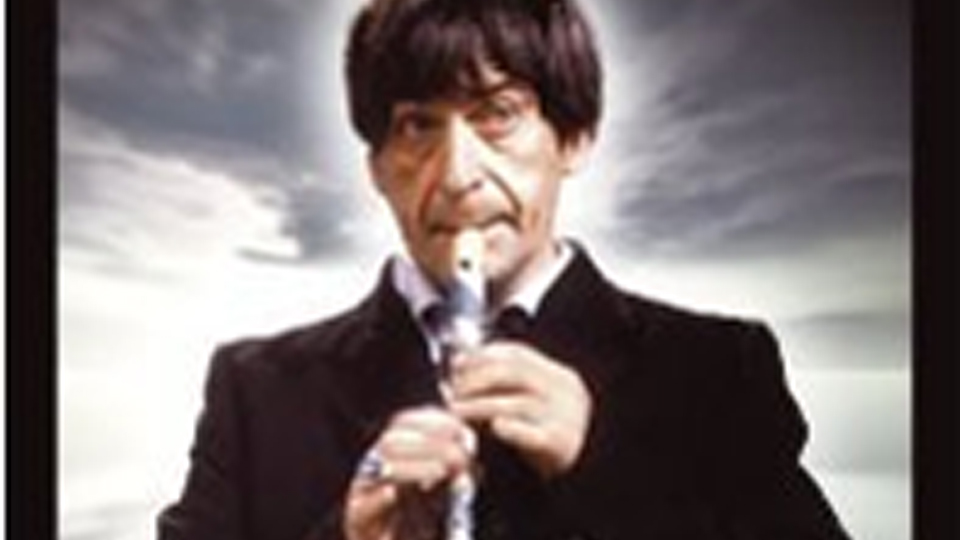 There are very few actors who still capture hearts, minds, imaginations and new generations of admirers twenty-five years after their death, but Patrick Troughton is one. During a four-decade career Troughton established himself as one of the best-loved faces on British television and shored up his reputation with a cluster of high-profile film roles. With a Beatle-mop and mischievous grin he was the iconic Doctor Who of the 1960s. He also starred in Ray Harryhausen and Hammer Horror films, both of which attract huge cult followings, as well as playing the morphine-addicted priest in The Omen.

Surprisingly little is known about Patrick Troughton. He gave few interviews and was always guarded about his private and professional lives, which would be unthinkable for a contemporary leading man. As a consequence, he’s remained something of a fascinating enigma, loved and respected by those who worked with him and adored by the viewing public. Many questions have been left unanswered, and a biography about the man has been long overdue. No one has been better placed to pen one than his son, Michael Troughton, who followed in his father’s footsteps into the acting profession. Patrick Troughton – The Biography of the Second Doctor Who is the result. In book-length form it chips away at the mystery of the chameleonic actor with the handsome lined face, jet black hair and sparkling green eyes who was rarely off British television from the 1950s until his death in 1987.

This biography has been meticulously researched by the author. It quotes lengthy and well-chosen extracts from Troughton’s personal diaries and letters dating back to the 1950s, as well as archive input from those who worked with him, and contemporary reflections from family members and close friends. There are never-before-seen family photographs spanning the whole of Troughton’s life, as well as rare professional shots of the subject in a variety of guises. This is as revealing a portrait of Patrick Troughton his fans have ever seen, and the transcriptions of handwritten postcards offer privileged insights into Troughton’s thought processes.

Patrick Troughton was born into turbulent global times and rarely spoke about his dangerous job as a naval lieutenant during World War II, but the author quotes from his father’s naval log and provides photographs of Troughton’s crew. There’s one in which a defiant-looking Troughton is pictured on the deck of his ship wearing a tea-cosy to keep his head warm! The conflict forced Troughton to put his acting career on hold, but it’s fascinating to learn about his training in America and how he forged his style of acting, which was allied to Stanislavski’s method, a fairly radical approach in the UK at the time.

Other mysteries that have long circled around Troughton’s admirers are answered in the book. For a man who disparaged stage acting as, “Shouting in the evening” and wholeheartedly embraced the medium of television from its infancy, how did he come to star in two of Laurence Olivier’s Shakespeare films? Since the first Lord of the stage was considered the greatest actor of his generation at the time, it’s interesting to compare and contrast his diametrically opposed performance style with Troughton’s, and to see which seems stagey, and which fresh and modern. The thorough dissection of Troughton’s approach to his art and how it contrasted with noted stage actors of the time will form great insight to anybody interested in the craft of acting.

Nevertheless, although Patrick Troughton – The Biography of the Second Doctor Who is written by an actor about an actor, it’s no simple analysis of Troughton’s career, though it does of course highlight defining moments, such as when Troughton played Paul of Tarsus, Quilp in The Old Curiosity Shop and Alan Breck in Kidnapped. For my generation, it’s lovely to hear mention of The Box of Delights, the memorable 1984 children’s serial that Troughton starred in as the magical old Punch and Judy man. The author treats his father’s profession as the central passion of a complex and multi-faceted personality. We gather a rounded picture of the man by learning about his worldviews on such matters as organised religion. We find out about his other passions: fishing, golf, painting, and, it has to be said, women.

The book is beautifully written. Michael Troughton has an instinctual feel for narrative and uses a varied sentence structure to keep the book a lucid, engaging and bracing read. Michael never loses sense of the need to centre the narrative around an emotional core and on every page we’re reminded that Patrick Troughton was only human, and the effect his life had on others. The key strength to this biography is that it is emotionally engaging. The author isn’t a detached historian researching an unknown personality, but presenting part-biography, part affectionate memoir about his father. Michael Troughton clearly retains enormous respect and loyalty to his father, but he doesn’t shy away from less savoury aspects of Troughton’s life, which always centred around his complicated personal affairs.

Patrick Troughton’s involvement with Doctor Who, perhaps his most celebrated role, was bookended by emotional upheaval and great personal strain in private. Michael talks frankly about his father leaving home and the effect it had on his mother and siblings. Towards the end of his life, Troughton’s personal life became even more complicated and at times deeply acrimonious. The final chapter, in which Michael narrates the rift between his father and Jo, his firstborn child, is heartbreaking to read, especially the note he sends in the hope of reconciliation in which it’s clear Troughton feels time is running out for him.

Unflinching honesty is what makes Patrick Troughton – The Biography of the Second Doctor Who such a rewarding read. Re-examining old wounds and recalling painful as well as joyous memories about his father is a brave and creditable move for the author and lifts the book far above the average theatrical kiss-and-tell biography. Only on a few occasions does the author make any judgements about his father, such as his cowardice in never telling his mother about his secret second family, but such moments are warranted.

There’s an especially poignant description of an episode of Angels father and son made together, in which the author noticed for the first time the nervous strain his father put himself under through his style of acting. Michael narrates that such intensity and commitment was in part responsible for his father’s decline in health and relatively early death; but it reveals much about the man that Troughton ignored doctor’s orders and maintained a heavy workload to the end.

The biggest criticism of the book, which is no reflection on its author, is that it is appallingly edited. There are typos, basic spelling mistakes, incorrect usage of grammar and formatting inconsistencies and mistakes on too many pages for it to pass without comment. Sometimes it’s necessary to reread a sentence to understand it, and on rare occasions the reader is left uncertain as to who is being quoted, or indeed if the author has resumed the narrative. It can be hoped that a second edition with a decent editor can iron out such problems. The title is also five words too long, and may give non-Doctor Who fans the impression that it’s mostly about Troughton’s time on the show. There are hundreds of other books that do just that, but thankfully this biography acknowledges that Troughton’s career and influence spread much further and wider. The only discussion of individual Doctor Who stories are where Troughton had particularly strong feelings about them, or where the author as a boy enjoyed an exciting visit to the set.

Patrick Troughton – The Biography of the Second Doctor Who features an afterword by Colin Baker, a friend to the Troughton family and an actor who played Doctor Who in the 1980s. As always, Baker is highly literate and erudite.

If Patrick Troughton is an actor who fascinates you, then this biography will satisfy far more than any of his guarded and nervous interviews when he was invariably disguised behind costume or character. The rare professional and family photographs and quotations from Troughton’s own hand are worth the cover price alone. The fact that it’s a beautifully nuanced and heartfelt labour of love by one of his sons, who’s in a position to understand and evaluate the contribution his father made to the acting world, makes it a must-read for any fan of his work.

Perhaps there was something timeless about Patrick Troughton. He was a man of his time as well as a man ahead of his time. His instincts were correct about which way acting styles were changing, and he foresaw the importance of television as a medium for family entertainment when most actors ran a mile. Troughton was wrong about one thing: he always maintained that revealing the man behind the characters would destroy the magic. This biography proves the opposite is the case.

In this article:Biography, Doctor Who, Michael Troughton, Patrick Troughton