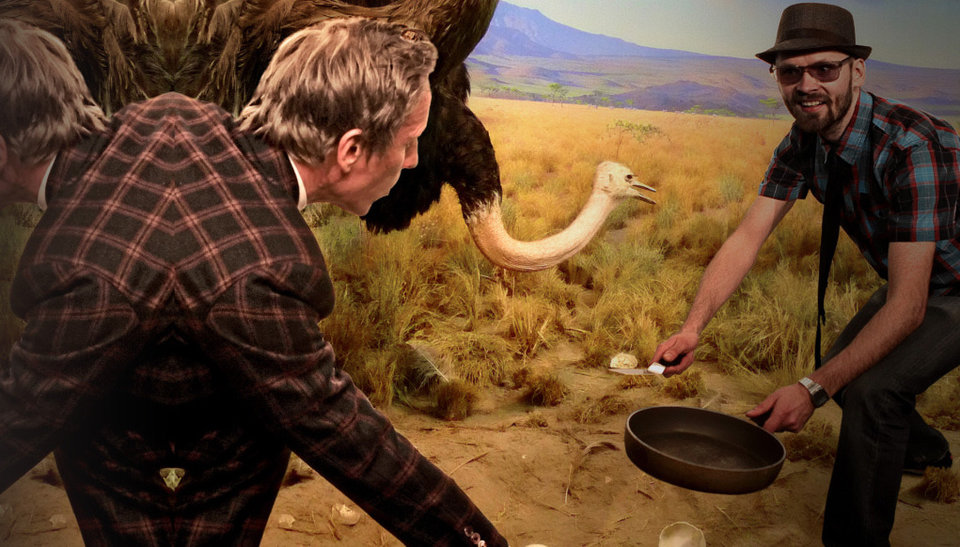 Finnish duo Pepe Deluxe, like Marmite, have always been recognised as an acquired taste, and fourth studio album Queen Of The Wave certainly continues to cater to a niche clientele.

The CD sleeve declares that what lay in store is an ‘esoteric pop opera’ that’s based around the mystical 19th century novel A Dweller On Two Planets, concerning life in Atlantis and on Venus, sci-fi futurism and reincarnations. Essentially a concept album, the reasoning behind the purpose of this album is only where the pretentiousness begins.

Queen Of The Wave is jam packed full of every fathomable genre in the history of music, often cramming an array of many into one song, exploring everything from old fashioned retro funk and medieval malarkey, to the ominous depths of opera.

Each track attempts to be even more individual and outlandish than the last, and at times some songs, such as My Flaming Thirst, which features a Shirley Bassey-esque vocal over big, bolshie Bond theme style music, manage to entertain, but sadly still comes across as a haphazard mishmash of musical elements. The Storm sounds suspiciously similar to a 1970’s children’s programme theme song and the quality of the vocals are, unfortunately, just as underwhelming. This may appeal to some listeners by helping to evoke fond memories of their swinging childhood, but other similar songs, such as Temple Of Unfed Fire, resemble what one might imagine to be the soundtrack to a bad remake of Boogie Nights.

Formed in 1996, Pepe Deluxe seem to have strived to gather every imaginable musical instrument and style they’ve ever encountered and flung it all into the mixing bowl for this album, having carelessly thrown out the recipe book in an ill advised move. The instrumentals featured on Queen Of The Wave seem to have been added in a slap dash fashion to some rather strong lyrics and invigorating vocal arrangements, and, whilst undoubtedly this must have been a unique and exciting experience in its conception and consequent creation, by trying to be a little bit too clever, the resulting work is regrettably more muddled pretention than genius.

In this article:Album review, Music, Pepe Deluxe, Queen of the Wave