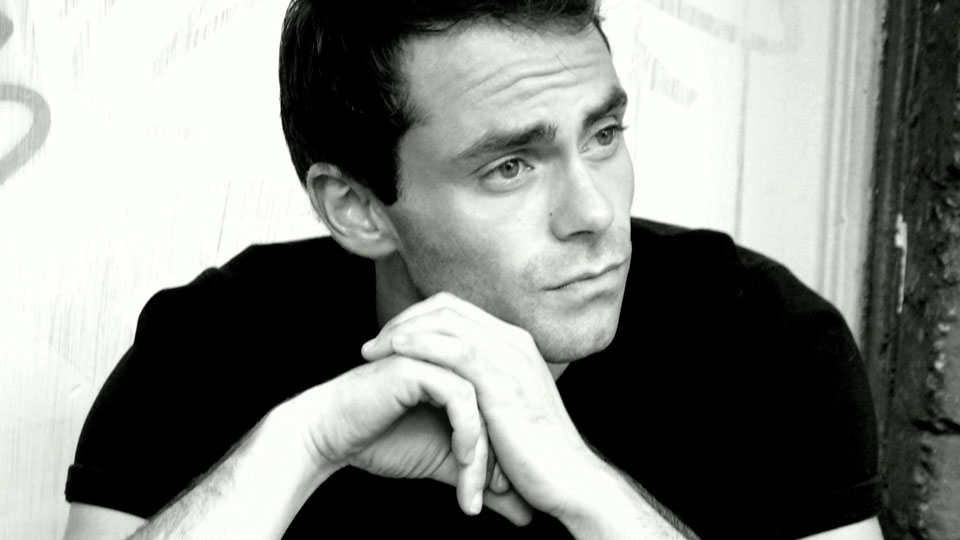 Yesterday we brought you the first part of our interview with award-winning actor Daniel Brocklebank whose new movie Release is released on DVD on Monday 8th November.

Today we’re bringing you the second part where Daniel talks openly about his experience as a regular on Emmerdale, being mistaken for his former character by the public and his future projects.

Find out what he had to say:

I think Actors are interesting because no one ever knows what they’re really like. I don’t know what Brad Pitt is really like because I only ever see him in films.The moment you strip that back and you see them for them, you realise they’ve got bad breath in the morning, when they wake up their hair’s big, that they’re the same as everyone else. When you see them as themselves they’re not quite as interesting any more because the whole point is that you don’t know who they are. It’s mysterious.

I did party quite a lot when i was younger but it loses its appeal. There’s no glamour. Getting up at 5am to go and work all day is exhausting. Some of the red carpet dos you go to are glitzy but they’re only glitzy from a viewer’s perspective. They’re terrifying. Walking down a red carpet is terrifying.

It’s always work. You’re constantly worrying about who’s writing about you, what you’re wearing, are you going to be bitched about in the press because of what you’ve done with your hair. The girls have it far worse. It’s odd because you have your personal persona to uphold but you also have a public persona to uphold. The two never really meet. Although I’m not any different as I am with you now, if I was on GMTV I wouldn’t swear. You limit yourself to your environment. I think it’s important for actors to remain a little anonymous.

You don’t  see great actors like Michael Gambon, like Kevin Spacey – these incredible actors who are completely different in everything they do – going on Big Brother or I’m A Celebrity. They would never do it. So many networks now aren’t making anything and they aren’t investing in drama or films. Reality TV is cheap to make because there’s no writers to pay, no actors to pay, no creatives to pay. Just stick a load of people in a room together and film them. Its so cheap to make and brings in the viewers.

In the 16 years I’ve been an actor I’ve seen such a massive shift in how this industry operates. For a jobbing actor like me – I’m not sniffy about the work I do. I just want to do good work. I do occasionally turn down work but I’ve got bills to pay like everyone else. People assume because they’ve seen you on TV or in films that you’re worth millions.

Let’s talk about ‘Emmerdale’. Being in a soap is often looked down upon by some actors. How did you deal with that?

I was doing a show up at the Royal Exchange Theatre in Manchester with the lovely Maxine Peake playing a Geordie, and my agent at the time called and said Emmerdale have been on the phone – they’ve written you a character are you interested? I said ‘no, at first. I’m normally cast as quite posh people. She said ‘look he’s a bin man and a real working class character. It’s only for 7 episodes go and do it, it’ll be good for you to do something a bit more working class.’

Matthew Bose who played Paul in Emmerdale – Matthew and I have been mates for 10 years plus – let me crash on his couch for a few months whilst I filmed the episodes. 7 turned into 10, 10 turned into 15, 15 turned into 20 and before I knew it I’d been there 4 or 5 months. Then they offered me another 12 months and by that point I’d moved up to Leeds because the commute was a killer.

I had a newfound respect for people that work in soaps because they work bloody hard. Emmerdale goes out 6 nights a week so we worked 6 days a week. We shot an episode a day to keep on top of what was going out. On a movie you’d usually shoot 3 or 4 minutes of usable footage a day whereas on Emmerdale we’d be shooting 35 minutes of usable footage a day. I’d get home and before going to bed I’d sometimes have to learn 20 scenes for the next day that would be tripled-stranded – we’d have three crews running at the same time. You’d be with one crew in the morning and then be moving around. You’d talk to the other actors and say’ have we had sex in this ep yet? Have we fallen out yet?’ because we were shooting out of order 12 episodes apart from each other.

Soap is bloody hard work and because it was up in Leeds if I were shooting the last scene on Saturday night then were needed back for the first scene Monday morning you couldn’t get home to see family. It’s a 24 hour job. You get so recognisable for the character you play and people think you are the character. I’d get people coming up to me saying ‘oh you’re not a Geordie’ and I’d think ‘I’m not a bin man either. What do you think I do for a living?’ Whenever I get recognised I usually get ‘you’re the actor from such and such’ whereas when I was in Emmerdale I was Ivan Jones.

But you never got handed a bin bag though?

(laughs) No I never got handed a bin bag. I’d think ‘do you really think they’ve hired a Geordie bin man to go intoEmmerdale?’ It baffled me. When I left the show you’re certainly tainted with this soapy after-effect because I think the industry does look down on soap actors. Being in a soap turns you from an actor into a celebrity.

You become so well-known for playing that one character that people don’t want to touch you for a while. I’d done lots of movies, two of which were  Oscar-winning, classical theatre and many other tv series before I’d went intoEmmerdale yet all my previous work seemed to be wiped off my CV. I spent three years doing theatre (which i love) because it takes you away from the public eye a little.  People forget about that character you play after a while. Now people say to me ‘who were you in Emmerdale?’ and I’m like ‘yes, great’ because it’s so difficult to shake that off. I was only there for two years which in the grand scheme of things is such a short amount of time.

What else is coming up for you?

After Release, I’ve got a horror film out. It’s a brilliantly dark film called Little Deaths. When I read the script I thought ‘this is interesting.’ It’s by far one of the oddest projects I’ve been involved in and when I read it I thought ‘this is either going to bomb or it’s going to get some amazing cult status’ because it’s so random and dark. It’s been picked up by Revolver, Guy Ritchie’s distribution company and sold in every region. By all accounts it’s going to get some kind of cult status.

After that I did a film called Age of Heroes. I have a small role in that one with Danny Dyer, Sean Bean and James D’Arcy. It’s got a good British cast, it’s a British film and it’s got a good story. It’s a WWII movie and we only finished shooting that in May so it will be another 12 months or so until it’s out. I’ve just finished shooting Casualty for the BBC as a new heart surgeon. That will screen January 2011 and have also just had a wonderful time doing a turn onEastenders which was very exciting. That’ll screen December sometime.

‘Release’ is available on DVD via TLA Releasing on Monday 8th November 2010.

Advertisement. Scroll to continue reading.
In this article:Daniel Brocklebank, Release