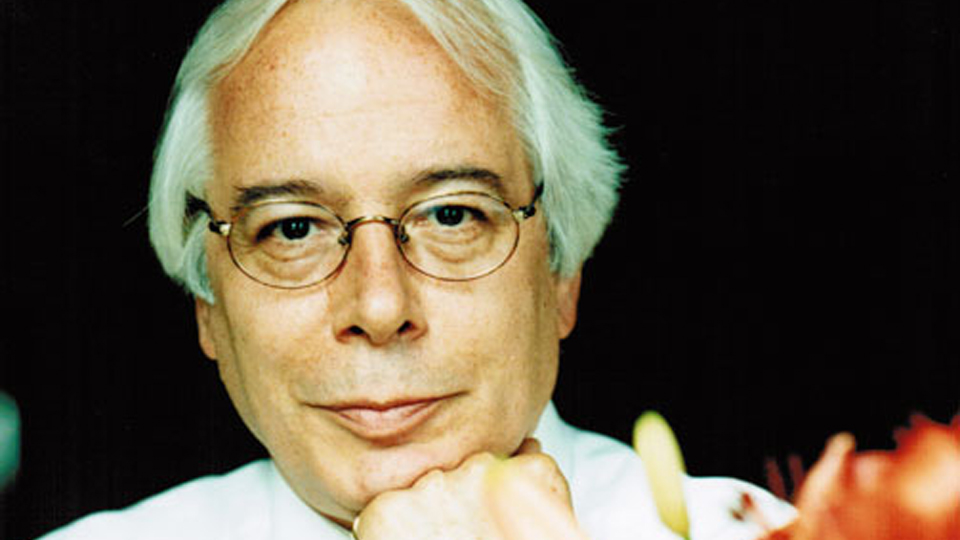 Allan Scott is a screenwriter most famous for his collaborations with legendary director Nicolas Roeg. Their first film together, the classic British movie Don’t Look Now, is released on Blu-ray on Monday 4th July 2011.

We caught up with Allan to talk about the movie, his experience working with Nicolas Roeg, and the enduring appeal of Don’t Look Now.

How did you come to adapt Daphne Du Maurier’s short story for the big screen?

Do you know I can’t even remember how the producers tracked my writing partner [Chris Bryant] and me down but somebody came to us one day and said, “Read this short story, tell me what you think: can it be made into a movie?” There’s always some doubt about short stories being made into movies because there’s obviously very little narrative in them. So you read them and think, “How can I bulk up the narrative?” But anyway, we read it and we liked it and we got hired to do it.

You made John Baxter [Donald Sutherland’s character] into an architectural restorer.

Yes, it’s weird the way these things come about. It was such a crucial change from the short story, because that was really just about a middle England couple who lost their child to meningitis. We’d finished writing the script and somewhere in the middle I turned to my partner and said, “I think it’s a bit dull, we need some action here!” (Laughs) We sat and twiddled our thumbs and said, “I know, why don’t we make him an architect and we can put him up scaffolding and have the scaffolding collapse.” So because we wanted that little piece, which became integral to the story, we devised the idea that he should be an architectural restorer.

It’s one of the most memorable sequences in the movie.

Yes, Nic’s brilliant use of time-shifting in that where you see the accident before it happens…

You mention Nicolas Roeg the director there. The script had been written before he became involved?

Oh yes, it had. We’d worked with at least one other director, I can’t actually remember, but it may even have been two; and one of them that we worked with was the time when we came up with the idea of opening the movie differently and having the child die and indicate that the child’s father had premonition powers.

There’s a conflict between the rational and the supernatural in the script. Was that something that interested you?

Yes and no. When we’d written the script and when Nic finally came on board and we were working towards doing it, he wanted us very much to meet psychics and all that stuff. Both Chris and I thought it was so much mumbo-jumbo and we weren’t willing to take it seriously. But oddly enough you become… [pauses] The psychic’s own self-conviction makes you doubt yourself, so when somebody says “I am talking to the spirit of some dead person”, you look at them and you think, “Maybe they are…” Even though you know they’re not! So to some extent you become completely hooked on that.

Quite early in the film Donald Sutherland says, “Nothing is as it seems,” when he’s talking about frozen water. That was Roeg’s theme for the film. Did you add that, or did Roeg find it in the script?

It came out of a point at which we were working with Nic on the script, and that’s a process that takes a very long time because you work literally page by page and discuss one each day; and also Nic then throws curved balls at you. He walked in one time and he said , “Here’s a book of philosophy. I think you should read that in order to get the line of dialogue on page twenty.” At one point he said to us, “Tell me the theme of the movie in a sentence.” We stumbled and we fluffed around and eventually we said, “Nothing is as it seems.” The moment we had that it actually helped him, I think. It meant that every scene – as long as you keep that idea in your head – is treated differently. So the first time we meet the policeman you don’t see his face because he’s reading a newspaper, or whatever it was he was doing.

Working with Roeg was a happy collaboration?

Oh, very happy. I’ve worked with Nic four times since, so yes. How happy can you be?

There’s a bottle of Macallan whisky in shot at one point. That’s something to do with you, isn’t it?

Oh no! Really? Because it happened to be a company I was chairing at the time. What a coincidence! (Laughs)

How did you feel seeing the finished product? Was it the film you imagined when writing it?

Completely. Partly because we were alongside Nic and the making of the film at all times and in the post-production period and everything else. The most remarkable and surprising thing was that we’d never seen the film in anything other than black-and-white until the day it opened. In those days you saved money by printing your rushes in black-and-white and not in colour. So I can’t tell you what an incredible happy shock it was to see all these things that you were quite familiar with that you’d never seen in colour.

The colour red is integral.

Completely, and is very much used as a piece of storytelling. One knew it was there, but never having seen it, it was – wow – like seeing daylight for the first time.

Don’t Look Now is often described as a horror film. Do you think that’s a fair description?

No, I don’t think it is. I think it’s a psychological melodrama or drama. Horror films require more specific and lurid things. There’s only one fairly lurid moment at the end when the serial killer confronts him [John Baxter], but I don’t think it’s a horror film at all. It was released as you probably know with… what was the name of the film?

The Wicker Man, which I do think is a horror film; but again, its horrors are fairly restrained, but then everything was in those days. You weren’t actually allowed to show anything very specific! (Laughs)

I suppose I have to ask you about the sex scene, that was considered by some to be too specific! Why was it thought of as controversial?

I honestly don’t know. I can’t understand it because apart from anything else it’s a scene of a married couple making love, which is hardly controversial. I think it was all these nonsense rumours about, “Where they really doing it?” I suppose. In a curious way, as writers, we said to Nic, “Are you sure you want to do that, because aren’t you interrupting the story in the middle of it.” (Laughs) Shows how much I know!

It’s a release of emotion isn’t it? The film is a study of grief.

It’s coming out on Blu-ray on July 4th.

I’m looking forward very much to seeing it for the first time in that format.

It looks incredible. Why do you think the movie endures and continues to find new audiences?

What are good films about? Good films are about catching you emotionally one way or another: whether it be laughter or fear or terror – whatever it is. I think Don’t Look Now captures you very powerfully emotionally and doesn’t let you go until the very end. It deals with your deepest, and maybe unspoken fears. It’s just a really good movie, and that’s enough to keep anything going for a long time.

I watched it the first time at film school and one student walked out early on. It turns out she’d lost her sister at an early age, and Don’t Look Now was too emotionally raw for her.

Isn’t that terrible. Funnily enough I knew that The Omen was going to be a big hit when my wife said, “I can’t take this any longer,” and walked out.

It is timeless; but then again in recent years there’s been a spate of remakes of classic films. How would you feel about Don’t Look Now being remade?

Well, they talk about it from time to time. I don’t really mind. Let them try, why not? There’s no doubt that the story is a good story and why not redo it with Brad Pitt and Cameron Diaz if that works for today? (Laughs) I don’t care. I couldn’t do it myself because I did what I did and that was the best I could do, but I’m sure others can, so why not?

On that note, thank you very much for talking to Entertainment Focus today, Allan Scott.

Not at all. Thank you for calling… and you know what? I’m going to have to go and buy a Blu-ray player now!

It’s worth doing! It looks great. Thank you.

Great pleasure. Thanks a lot.