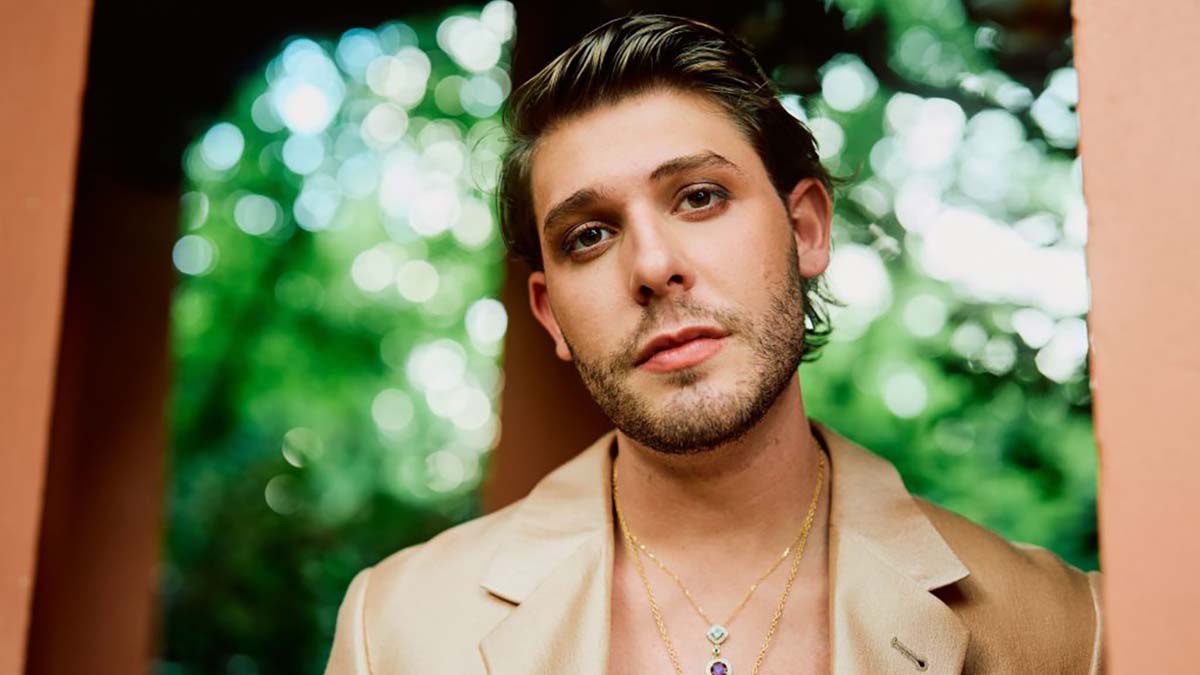 Recently, Williams debuted the deeply personal music video for ‘Titled Crown’, which has provoked a strong reaction from fans and served as the singer’s coming out publicly.

I spoke to Sam recently to discuss the new music, find out his plans for his next record, and to talk about his creative process…

How have you been? It’s been a while since we last chatted?

I’m good. I was over there with Marty Stuart in September. That was really fun. We got to go over the UK and into Switzerland and stuff, then I had to get back and finish up the record and now it came out. Everything’s been pretty good.

Why did you decide to expand ‘Glasshouse Children’ into ‘Tilted Crown’ rather than release a new album?

The new songs fit seamlessly onto the record and I can’t imagine listening to the album without them there now..

Yeah, they tie it all together really well. Thank you.

The song ‘Tilted Crown’ has been getting such a strong reaction, especially since the video came out. How has that been for you?

I’ve received it really, really well. It’s very personal and I think that’s why it’s had such a positive reaction; people can really relate to it with their own stories. Getting to see somebody bear it all out there, pulls those heartstrings for you. It’s been super, super positive and I’m really glad everybody likes it. When you lay it all out on the line, you’re nervous for people’s reaction but it’s been really good.

As an artist you put yourself out there all the time but you especially, as a lyricist, are so honest and upfront. As you mentioned ‘Tilted Crown’ is such a personal song but is it scary putting so much of yourself out there?

Yeah, it definitely can be. Even in the writing process, when you’re in the rooms writing these songs sometimes you may not know if the other writers are looking to write something more popular when you’re wanting to write something more personal and reflective. I think always getting the final product out there and laying it out there for people to get to digest is beautiful. It definitely can be scary at times, but I think it’s worth it.

The video is such a brave one and it’s so important. I wish my younger self had had artists like you who are representing the gay community in this way…

Thank you so much. I appreciate that.

‘Ragdoll’ was the first of the tracks that you put out from the new batch. What’s the story behind that song?

‘Ragdoll’ is no bars allowed, get them back song… I’ll do anything to get back to a place in my life with a person. I was feeling that in my personal life. I just wanted to write something that feels good, that has quirky lyrics to it and that has a different sound than anything I’ve worked on before. The word ‘Ragdoll’ came up and I was like, ‘I love that. That’s exactly what I’m what I’m looking for’. (The lyrics) ‘take me with you everywhere, we’ll have a good time. I’ll be waiting patiently, my partner in crime’. You would go and do anything with that person and it’s nonchalant but it’s serious at the same time.

One of the things I love about you as a songwriter is pack so much into the lyrics that I feel like I discover something new with every listen. Tell me a little bit about your songwriting and creative process…

The songwriting process for me… first off, it’s not always there. You can’t beat it out if it’s not coming. I don’t start songs the exact same way every time. Sometimes I have a title in mind, sometimes I don’t. Sometimes they start as poems. ‘Tilted Crown’ started as a poem, the first verse was a poem, and I just built on it, and knew that it was going to grow into something bigger. ‘Missing the Malice’ was made in pieces. I’d had the first and second verse for a while, and I just couldn’t tie it together with a chorus. Me and my songwriting companion, Ben Roberts, we just ironed out that chorus, and it made so much sense. I wanted to include different kinds of words in these songs like ‘missing the malice’ and ‘drops from the chalice’… just words that you don’t hear in country songs as much and just have a new canon opened up.

When it comes to thinking about the next record, that must be hard because you’ve set a high bar with ‘Glasshouse Children’. Do you feel intimidated by that or are you happy to see where the artistic inspiration takes you?

That’s definitely in the back of my mind, because I admire the record a lot too and I’ve been really proud of it. It’s just like in the writing process, once you find some cornerstone songs that you can build around, then you kind of have your work cut out for you. It’s just working on getting those cornerstone songs. It is a little bit scary because I think that ‘Glasshouse Children’ was so cohesive and it was very diverse, but nonetheless still cohesive and it told such a personal story. I don’t know exactly where I’m going yet with the next record. I want to take my time.

Now that you’ve expanded ‘Glasshouse Children’ into ‘Tilted Crown’, would you say the record has done what you wanted it to do for you?

I just wanted it to wrap the story up with a nice bow and get something nice out there for the listeners, until I’m ready to start making new music again. I think I got to do that and got to shoot a beautiful video and it’s six new songs. That’s exactly what I wanted, was to have something to tie over the listeners, and myself included, until new music starts coming.

The ‘Tilted Crown’ video is so beautifully shot but the aesthetics for everything you’ve put out so far have been so eye-catching including the two album covers. Where did you draw inspiration from for those?

I wanted to do something with a 3D glass house, make something on a live stage, and we ended up finding a perfect greenhouse a couple of hours from Nashville and Tennessee. It’s just beautiful and it worked so well; the juxtaposition of glasshouse children growing up in the spotlight and people being able to see in and not being able to get out. I just love the green palette that we did with the original album. I tried to switch it up a little bit this time. I wore a different suit and we did a brown and goldish colour palette. I appreciate that because we do put a lot of time into that stuff and I’m happy that it gets noticed.

You’ve released songs around Christmas before. Do you have plans for any more this year?

No, I don’t really like the holidays. I kind of thought about writing a song called ‘I Hate the Holidays’ but no, I don’t have anything coming out.

What are you hoping to achieve in 2023? Will you get back over to the UK at any point?

In this article:Featured, Sam Williams