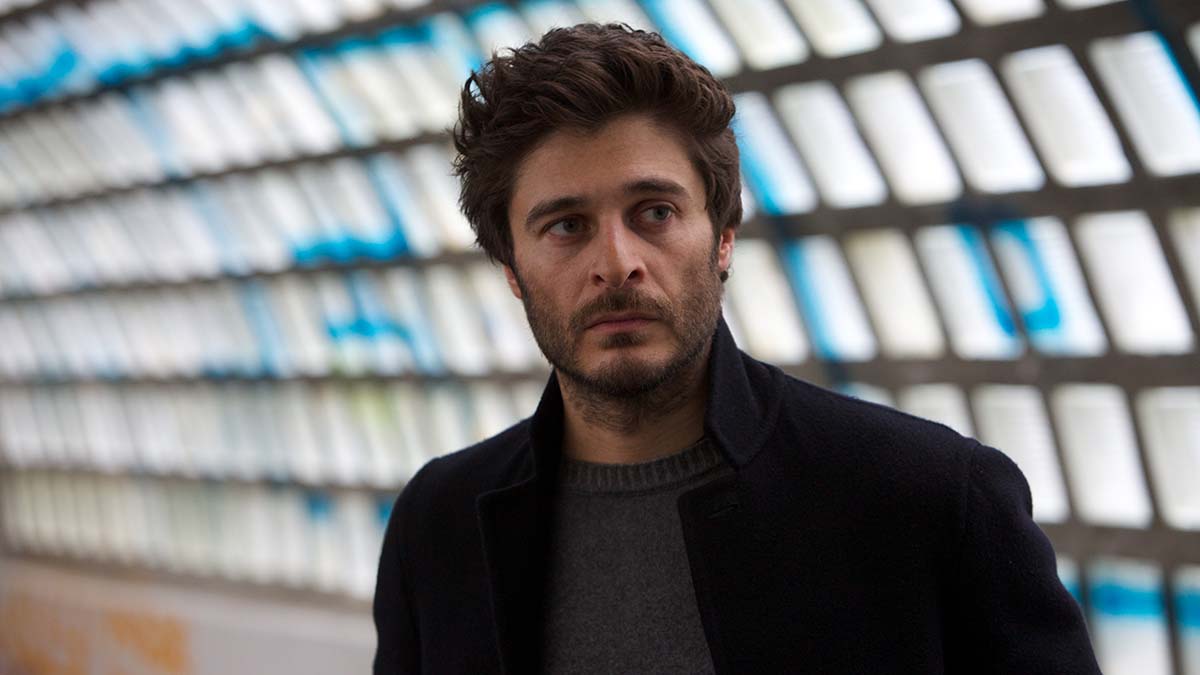 This new Italian drama from Walter Presents is part ‘Ghost’, part ‘Sixth Sense’ and a small helping of the classic ‘Randall & Hopkirk Deceased’ (although with none of the light-hearted touch of the latter).

If you want to avoid all spoilers, please stop reading now.

Police Commissioner Leo Cagliostro (Lino Guanciale) is on the hunt for The Mexican, a mysterious drug lord who is responsible for the supply of narcotics that have led to the death of a number of young people. Cagliostro is a typical hot-headed maverick cop. Following an anonymous tip off, he asks his boss for back up and a search warrant – both of which are refused. So, what does our hero do? He does what every nonconformist does – he goes it alone, despite reassuring his colleague that he’ll request assistance if he needs it.

He ends up driving to a remote industrial complex, where he discovers who he believes to be his nemesis – The Mexican. Disappointingly, he’s not wearing a sombrero or dancing the Mariachi. A gunfight breaks out between the two of them, and eventually Cagliostro has his prey cornered. But then someone else steps out of the shadows and shoots both men dead.

So – spoiler alert – Cagliostro is a ghost. After his killing, he wanders around somewhat aimlessly, hurling abuse at his colleagues (who are attending his murder scene) who fail to realise the chain of events that led to his death. They can neither see nor hear him, of course – he’s a ghost after all. Additionally, he is convinced – via a vision that occurs just after his death – that his estranged wife, Anna, is in danger from the same person who killed him.

Meanwhile, we also meet Vanessa (Valentina Romani), a teenage girl who has just passed her scooter driving test and is out celebrating with friends. She ends up drinking too much, and whilst riding home, she turns a bend and sees the ghost of Cagliostro standing in the street, causing her to crash her scooter. How comes she can see him? She’s a clairvoyant, of course.

And hence begins the somewhat dubious relationship between the dead policeman, trying to find out who killed him and protect his wife; and the young girl, who – it appears – is the only one who can see him.

As you probably guessed, this isn’t based on a true story! This is part police procedural, part whodunnit and part supernatural thriller. It’s very Italian; by which I mean there’s a lot of drama, gesticulation and raised voices. The background music is also quite intense and dramatic (sometimes to the point of intrusiveness), and the way it’s shot (using dramatic angles and clever camerawork) is nicely done.

If we ignore the somewhat ridiculous premise of a ghost and his teenager sidekick trying to solve (and prevent) a murder, then this is an entertaining enough watch. It’s far from perfect – I found the acting to be almost panto-like at times – but I’m still curious enough to want to know how it pans out. Having said that, there are twelve episodes, so this is a long commitment.

The series was nominated for the Best TV Series award at the Italian Golden Globes, so it has some pedigree.

Walter Presents: ‘The Red Door’ is available as a full boxset on All 4 from 25th November 2022.