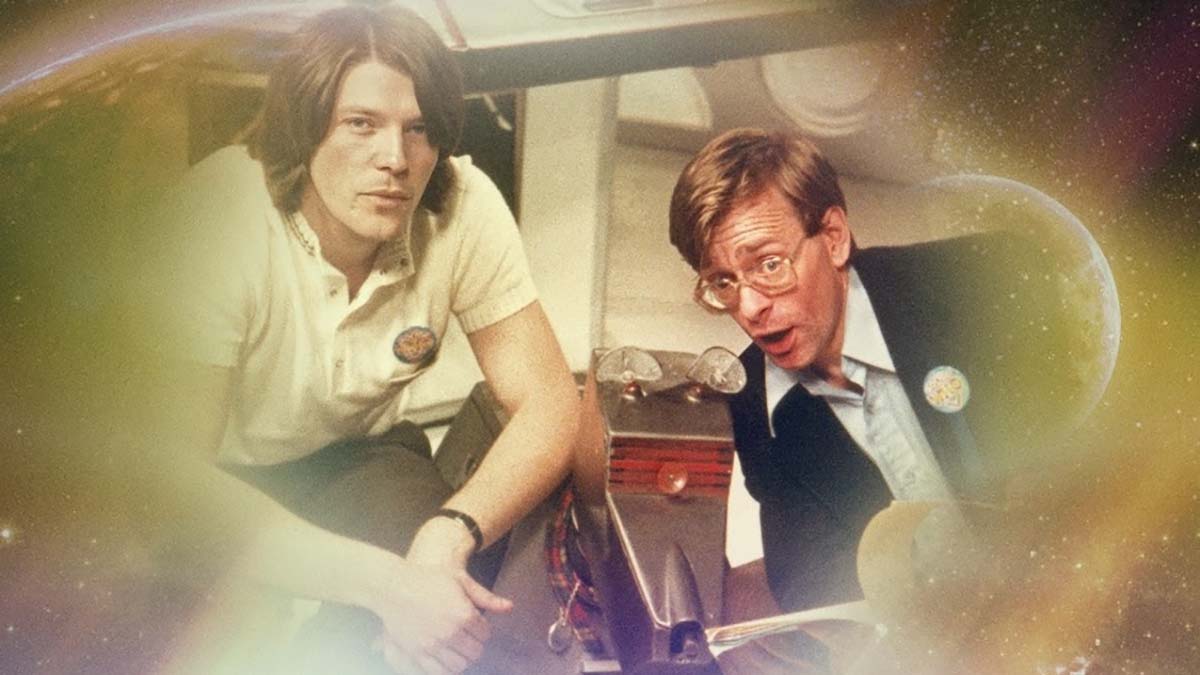 The era of ‘Doctor Who’ that is generally regarded as the greatest of all time – Fourth Doctor Tom Baker’s tenure – is celebrated at length in this enjoyable double-DVD release which features a compendium of ‘Myth Makers’ interviews from over the years.

‘The Doctors – The Tom Baker Years Behind the Scenes Vol. 2’ doesn’t feature any of the leading actors, but rather offers the spotlight to those who were responsible for making the celebrated science-fiction show from behind the camera.

No figure looms larger or is more feted in the eyes of fans than the man who was the producer for Tom Baker’s first three seasons – Philip Hinchcliffe. As well as being regarded as the greatest producer, with a string of hits including ‘The Ark in Space’, ‘Genesis of the Daleks’, ‘Pyramids of Mars’, ‘The Robots of Death’ and ‘The Talons of Weng-Chiang’ coming during his tenure, he is also the sole surviving producer from the entirety of the show’s original run. This makes this 71-minute interview both critical and undoubtedly the highlight of this title. Hinchcliffe is recorded during 2016 in a dressing room as well as on stage where he collects an award for ‘The Talons of Weng-Chiang’, the final adventure made under his stewardship, after it was voted the greatest ‘Doctor Who’ story of all time. There is lower sound-quality for the footage on-stage, but most of the focus takes place in the dressing room where Hinchcliffe has a fitted microphone. Fans will enjoy hearing him reflect on the entirety of his time leading the show, including his productive working relationship with his script editor Robert Holmes as well as his thoughts on his predecessor, who returned as a director, Barry Letts.

We also meet Christopher Hamilton Bidmead, who was the script editor for Tom Baker’s last season. He also wrote Baker’s final story as well as two adventures for Peter Davison’s Doctor, all of which he divulges his thoughts on here. A mildly divisive figure, he tends to be loved or loathed for stripping much of the humour and fantasy out of the show that he felt had become “silly”. Nevertheless, Bidmead was undoubtedly instrumental in shaping the more authentic science-fiction tone and content of the show in the early 1980s. His acting and radio background which he talks about are in evidence from a biography of Anthony Hopkins on his bookcase. The interview reveals Bidmead to be warm and amiable in person, showing that he was deeply passionate about stories and the performing arts as well as about science and technology, in which his scripts for Season Eighteen are steeped. He comes across with a lot of humility and is an engaging speaker, reflecting that ‘Doctor Who’ paid for his house, so he remains grateful for his association. Speaking back in 2006, he reflects on the missed opportunity of not casting a female lead!

The final interview on the first disc is a brand new 68-minute interview with director John Black. He was behind the camera for Tom Baker’s penultimate story ‘The Keeper of Traken’, and he was also tasked with directing the short-lived spin-off ‘K9 and Company’, which is less-celebrated. Recorded at home, Black gives an overview of his career and his time on ‘Doctor Who’, which encompassed Peter Davison’s second and notoriously slow-paced adventure ‘Four to Doomsday’.

The second disc opens with one of the most glorious eccentrics in ‘Doctor Who’ history – special effects designer Mat Irvine. The hour-long interview finds him at home in 2000, and he takes interviewer Nicholas Briggs around his house. Many rooms are full of his space ship models which are on display or carefully boxed. They are readily recognisable from stories like ‘The Invisible Enemy’, but Irvine also shows viewers props from Blake’s 7 such as one of the Liberator weapons. Irvine reflects on his work on both shows, but also gives a mention to ‘Edge of Darkness’, the celebrated 1985 BBC serial that starred Bob Peck and Joanne Whalley. The interview with Irvine had previously been included on Myth Makers’ Blake’s 7 interviews.

The next instalment is a welcome chance to step back in time to 1988. The 45-minute ‘Costume Design Team’ sequence was filmed at the Panopticon 9 ‘Doctor Who’ convention and saw Gary Russell interview an array of costume designers. The late Richard Gregory, who was behind the 1980s Cybermen revamp, is joined on stage by Dee Robson (‘The Invasion of Time’), Roland Warne (the Pertwee story ‘Death to the Daleks’) and June Hudson. She was responsible for Tom Baker’s burgundy costume as well as for a whole range of delightfully operatic creations that ended up on screen, including the iconic white dress for Mary Tamm’s Romana. The footage was originally released in 2006.

The final instalment, which runs to 45 minutes, is also a chance to watch old convention footage. This one, from Panopticon 7 in 1986, sees ‘Doctor Who’ author and expert David J Howe interview ‘The Music and Sound Team’, comprising legendary Australian incidental music composer Dudley Simpson and sound effects maestro of the much-lamented BBC Radiophonic Workshop, Dick Mills. They worked together during the golden age of ‘Doctor Who’ in the 1970s, which they discuss on the panel. The footage, introduced by Nicholas Briggs, was originally made available in 2006. There is, of course, a dip in picture quality for the convention instalments, but the sound quality is surprisingly good. The chance to see these interviews recorded for posterity is certainly a blessing.

For old school fans of ‘Doctor Who’, like me, there is an unalloyed joy in watching these interviews and reliving convention footage, unsullied as they are by the omnipresent contamination of the 2005 remake. Time Travel TV now has quite the range of these documentary collections available, and for fans who love the deep dives into the making of their favourite television show, they’re an essential part of their collection. This one is worth it to hear from Philip Hinchcliffe alone.