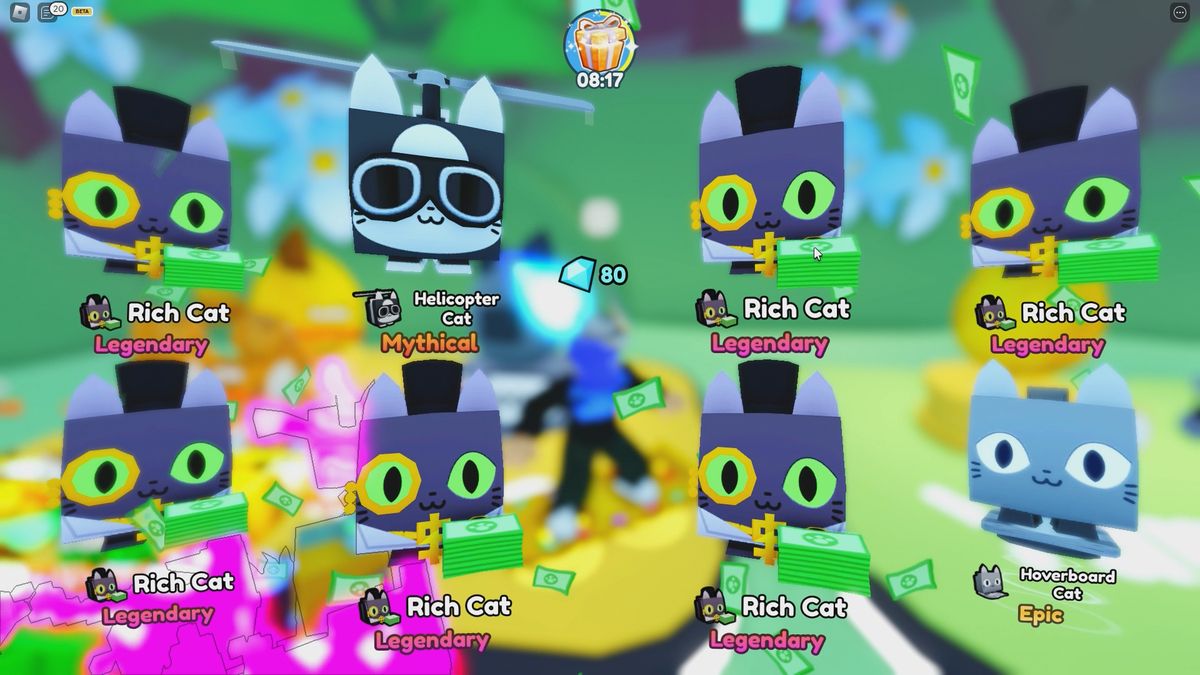 I’ve not really played Pet Sim X for a long time now. If you read my Hardcore Mode review you’ll know that I think the developers have been lazy of late and have just been rehashing old content. This update is different though, there is a whole new world to explore, loads of new pets to collect and a new huge.

You won’t be surprised to find out that the new pets in the cat world are all different kinds of cats. The models are all of the usual high quality and there are over ten new pets to collect including the mythical Helicopter Cat and the huge Ballon Cat. I haven’t seen the per cent chances of hatching the balloon yet but we can all rest assured that it won’t be easy to get!

See the update in action in the video below:

A new game pass has also been added, allowing you to hatch eight eggs at once. I’ve picked up this game pass and it makes hatching an absolute dream as long as you have enough coins to keep going. Speaking of coins, the currency In the Cat World is the rainbow coins from the pixel zone so hopefully, you should already have a decent amount of them in your coffers.