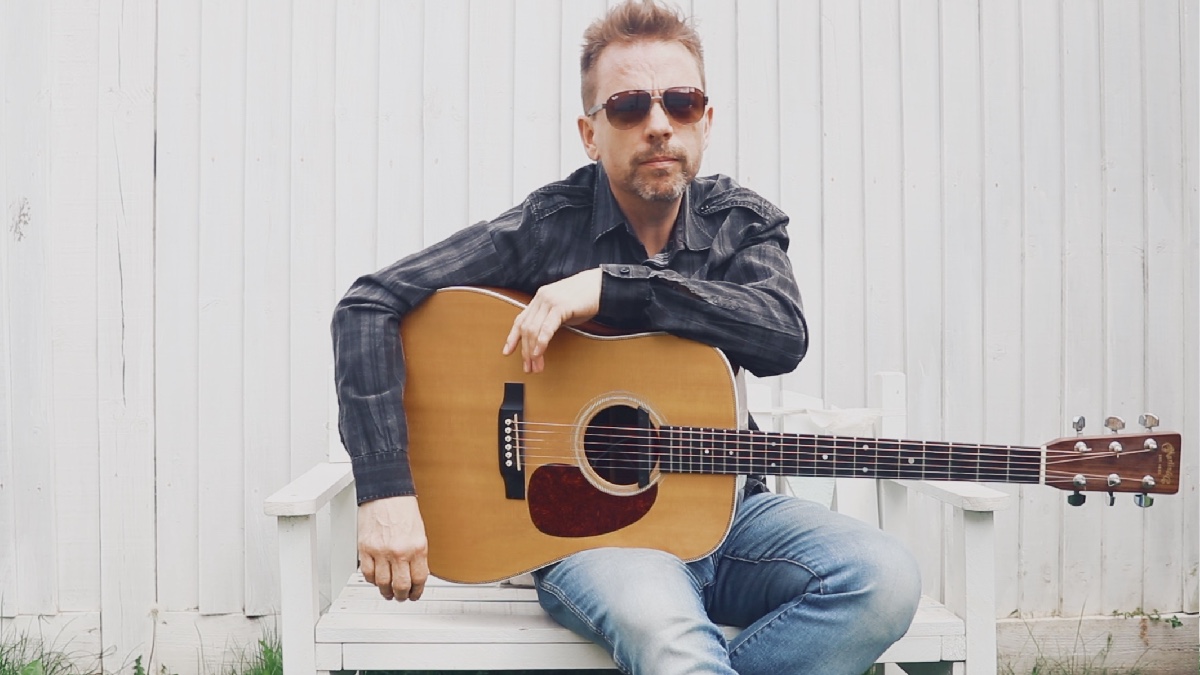 TJ Walker’s debut album, ‘The Long Game’, was a labour of love, drawing together the rich repertoire of original Country and Americana material he created, inspired by music he loves and artists he admires (like The Band, Brothers Osborne and Little Feat). His debut album was a solo album in the most literal of terms with TJ writing, recording and playing every instrument on the entire album whilst recording it as his home studio in the UK however his latest instalment to his musical catalogue ‘Halfway To Somewhere’ has the addition of his band, known as The Long Game plus an added brass section.

What sets Walker apart from other artists is his ability to effortlessly tell stories through his music and the opening song ‘Dreamcatcher’ combines his inventive lyrics with his bluesy guitar playing. Throughout the pandemic lockdowns, he claimed he spent a lot more time playing guitar and improving whilst talking about it on his Youtube channel and his playing feels and sounds refreshed throughout the eight track offering.

Title track ‘Halfway To Somewhere’ certainly showcases his aforementioned influence of Brothers Osborne with funky guitar riffs combined with organ and smooth backing vocals. ‘With And Without You’ crosses the genre boundaries with his brass backing joining him; you can hear hints of Bruce Springsteen here. Talking about the record Walker said ‘genre-wise, you’ll find ‘Halfway to Somewhere’ broader and more varied than its predecessor: some of the tracks nod towards the blues, even classic rock at times, but all the time the lyrics are telling stories’.

‘A Better Me’ leads the album towards it’s halfway point, a love ballad telling the story of his other half making him a better person; a gentle acoustic number that stands out as one of the best on the album, even though it is one of the more simplistic instrumentally and lyrically. ‘If I Still Had You’, the other ballad on the album brings with it an Irish sensibility and you can easily hear it being played in a Galway pub or somewhere similar geographically.

‘Time Out’ and ‘Hollywood’ prove to be easy listening radio friendly tracks with the latter showcasing a melodic guitar solo. ‘Daddy’s Girl’ is an interesting track. You would suspect with a title like that, it would be a love letter to a daughter however it touches on elements of parenting not always covered in songwriting; the competition between siblings for attention and affection and the children’s relationship with each other. Its unusualness is what makes it a special song.

Production on the album went ahead despite the problems posed by COVID. As TJ explains, ‘the album was recorded mainly during lockdown; some elements were recorded remotely, and other parts in the studio when restrictions were lifted enough for them to open’.

TJ Walker’s ‘Halfway To Somewhere’ solidifies his standing as a creative, honest and open songwriter with talent behind his instrumental musicianship too. A solid album.

Track listing: 1. Dreamcatcher 2. Halfway to Somewhere 3. With and Without You 4. A Better Me 5. The Right Time 6. If I Still Had You 7. Call Time Out 8. Daddy’s Girl 9. Hollywood 10. Small Town Bar Record Label: Self Produced Release Date: 28th October Buy ‘Halfway to Somewhere’ now