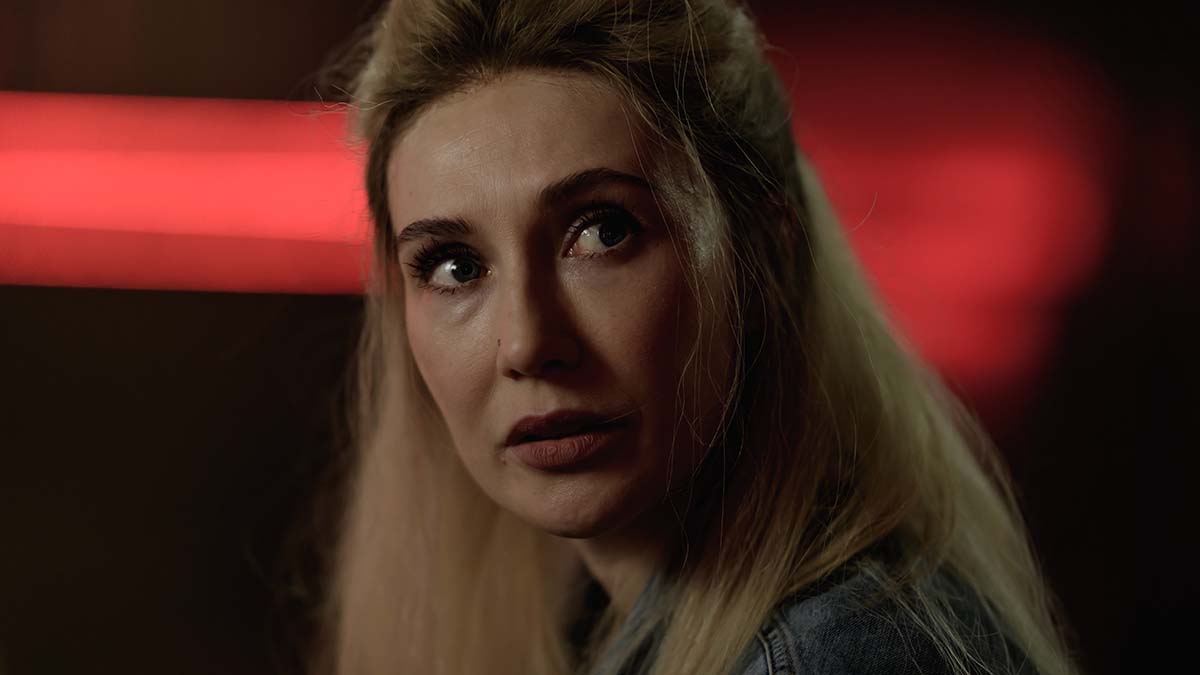 Dutch/Belgian thriller ‘Red Light’, brought to the UK by Walter Presents, is about the fates of three apparently unconnected women and how their very different lives become interwoven, all set within the framework of the sex industry and human trafficking.

Evi (Maaike Neuville) is an Antwerp cop with issues (mind you, what TV cop doesn’t?). Her marriage is on the rocks, and she has a drink problem. She is brought in with her partner to investigate the disturbing murder of a prostitute. Her colleagues in Vice recognise the victim as a young girl brought in from Eastern Europe by the owners of a club in the red-light district of town.

One of those club owners is Sylvia (Carice van Houten, whom you might recognise from ‘Game Of Thrones’). She and her pimp boyfriend run a successful prostitution business, but Sylvia has ambitions to move away from Belgium to the Canary Islands and open a legitimate club and restaurant. When the police raid their club and arrest Sylvia, they show her photos of her boyfriend apparently with another woman, in a clumsy attempt to get her to betray him. But Sylvia is loyal – and when she spots one of the other prostitutes apparently giving information to the police, the punishment handed out is brutal.

The third woman in the thread is Esther (Haline Reijn), a successful opera singer in Amsterdam. What has she to do with a prostitute and cop in Antwerp? Well, by about 40 minutes into the first episode, a link is revealed, and the penny drops. Esther receives news of her father having been taken ill – a man who we see having a tense conversation with Esther’s husband earlier in the episode. When she reveals a secret to her father whilst he’s recovering, the outcome is not what she was expecting or hoping for.

Esther tries to reach her husband, who is apparently on a business trip to Antwerp, but she has trouble contacting him as he’s not answering his phone. He appears to have disappeared just when she needed him most. So, she goes to Antwerp to try to find him and discovers he’s not been truthful with her about the reasons for his trips.

This is a fabulous new show from Walter Presents. It has won all sorts of awards including Best Series award at the Cannes International Series Festival 2020, and Best TV-Drama at the Nederlands Film Festival 2020. Halina Reijn also won the award for Best Actress in a TV-Drama.

Halina and Carice are also the shows co-creators, and it’s evident that this is a very female-driven show. All three lead women are undoubtedly flawed in some way, but they’re also strong, loyal and resourceful individuals who find themselves in circumstances where men have betrayed or disappointed them in some way. It is fair to say that none of the male characters in ‘Red Light’ come out of this in a good light – none are particularly likeable or admirable.

But that’s not to say that this isn’t a hugely enjoyable and engaging drama, because it most certainly is just that. The acting is exceptional – particularly from Carice and Halina. And the direction from Wouter Boujvin is quite superb. It can be violent, but the violence is handled sympathetically and isn’t gratuitous.

Definitely a show to look out for – a little Low Countries gem from Walter.

Walter Presents: ‘Red Light’ premieres on Channel 4 on 9th October at 11pm. The full box set is available on Walter Presents via All 4 from 7th October.