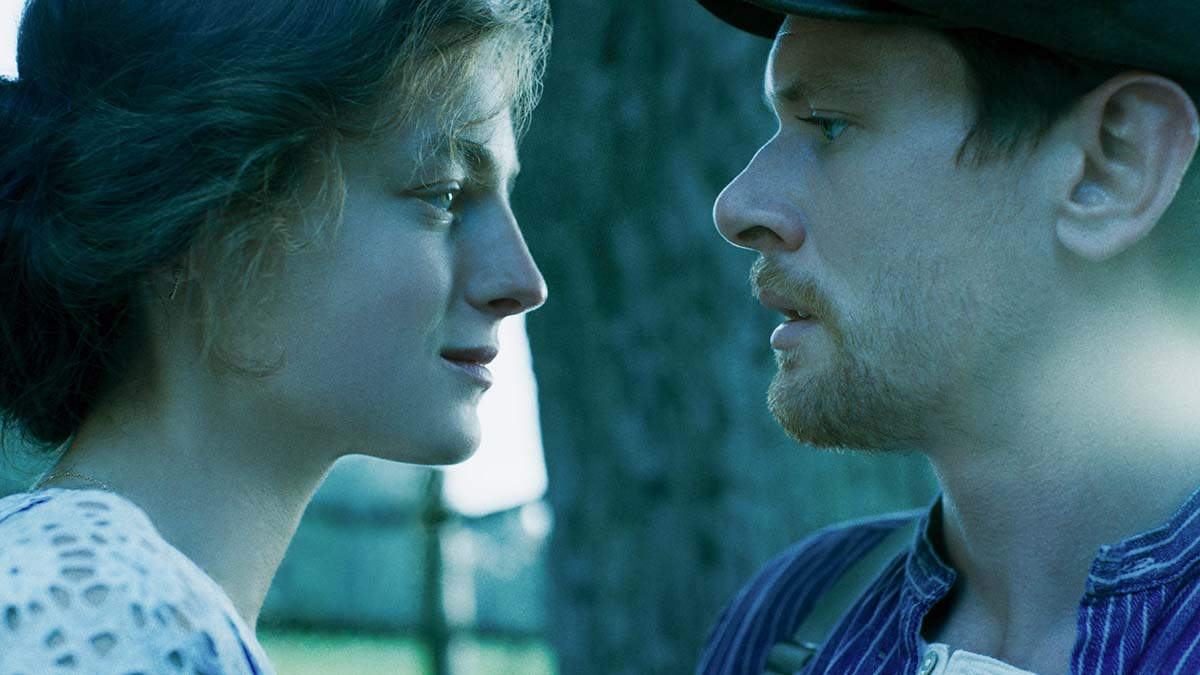 “Lady Chatterley’s Lover” based on the classic novel from D.H. Lawrence, is coming to Netflix in December and the first images have been released.

Directed by Laure de Clermont-Tonnerre, the film stars Emma Corrin and Jack O’Connell, along with Joely Richardson (returning again to the story after famously playing Lady Chatterley in the Ken Russell directed version) and Matthew Duckett.

“Lady Chatterley’s Lover” is a radical love story – and a portrait of a woman learning to be in control of her own body and her own desire, fighting the constraints of class and status to find her own freedom

Marrying Sir Clifford Chatterley, Connie’s life of wealth and privilege seems set as she takes the title of Lady Chatterley. Yet this idealistic union gradually becomes an incarceration when Clifford returns from the First World War with injuries that have left him unable to walk. When she meets and falls for Oliver Mellors, the gamekeeper on the Chatterley family estate, their secret trysts lead her to a sensual, sexual awakening. But as their affair becomes the subject of local gossip, Connie faces a life-altering decision: follow her heart or return to her husband and endure what Edwardian society expects of her.

Take a look at the first images in our gallery below:

“Lady Chatterley’s Lover” will open in cinemas on 25th November 2022 and it will be released globally on Netflix on 2nd December.

In this article:Lady Chatterley's Lover, Netflix