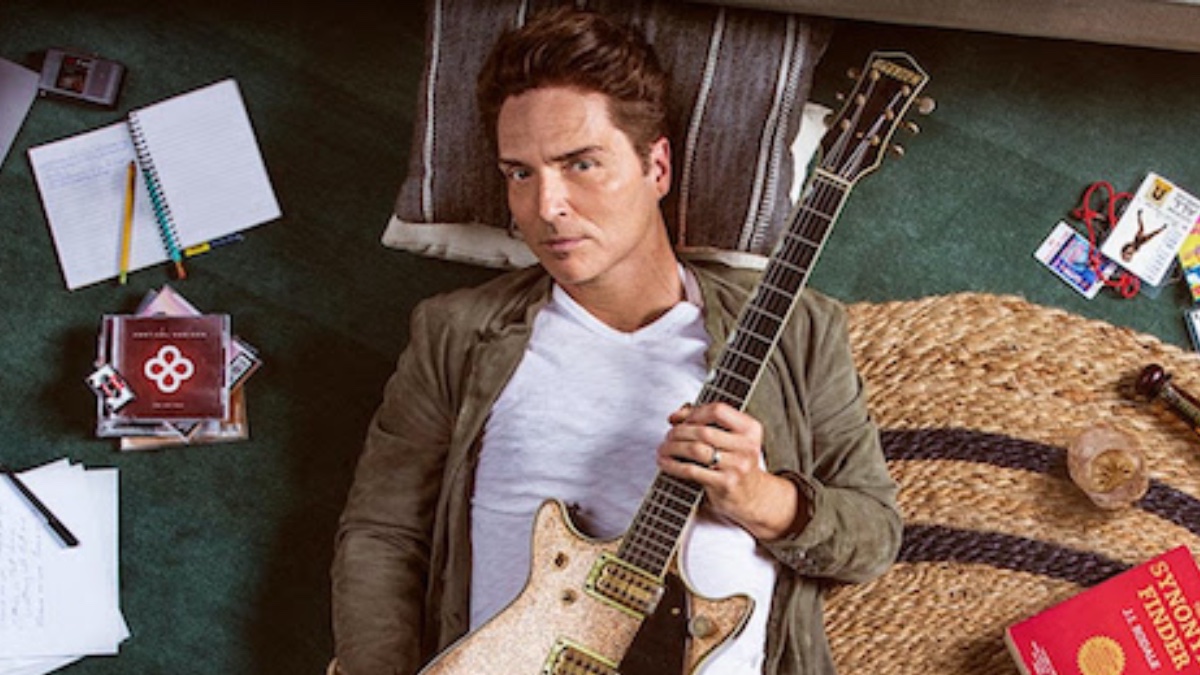 Grammy award winning songwriter, singer and producer Richard Marx has sold more than 30 million albums worldwide and has landed a number one song on the charts in each of the past four decades, as an artist or as a writer. Marx will be remembered for smash hits in the 80s like ‘Hold on to the Nights’, ‘Right Here Waiting’ and ‘Hazard’ but he has worked tirelessly as a writer and artist since, scoring a total of 14 number one singles, including ‘Lot Hot Summer’ from Country music’s very own Keith Urban.

‘Songwriter’, Marx’s latest album, which is released Friday 30th September, sees this talented musician paying homage to and exploring the differing genres that he has worked in. The twenty track album has been split into four distinct quarters, labelled, ‘Pop’, Rock’, ‘Country’ and ‘Ballads’. The genre divisions are self explanatory, as is Marx’s reasons for delivering this audacious project. ” I’ve had such an amazing opportunity in my songwriting career to write all kinds of songs with, and for, all kinds of artists,” he states. “It finally occurred to me that there was no reason to record an album of my own that touches on the multiple genres that I love.”

Cross genre collaborators on this ambitious project include Keith Urban, Darius Rucker, Chris Daughtry, David Hodges, Randy Houser, Burt Bacharach and Richard Page amongst others. Whilst every song sees Marx involved in the shaping of it it is these collaborators that have brought a special touch and helped shape the songs into the quarters that they belong in.

In the ‘Pop’ section, the songs on offer veer between mature, adult Pop-meets AOR and then on into disco-tinged offerings. Current single, ‘Same Heartbreak, Different Day’ harkens back to Marx’s glory days in the 80s with its driving beat, keys and production values whilst ‘Anything’ is a slick, guitar based heartbreak song with an anthemic undertone. ‘Only a Memory’ brings that aforementioned disco influence but it is on ‘Moscow Calling’ that we find the stand-out track for this quarter of the album. Huge drums underpin what is a very uplifting, European sounding song. Indeed, I could have seen this track chosen to represent Sweden at the 1989 Eurovision Song Contest in an alternate universe! It’s a joy to listen to and deserves a lifespan of its own above many of the songs that constitute this project.

After the slick, smooth Pop of the first five songs the advent of the Rock quarter comes as a bit of a surprise. It’s a pivot, for sure. The guitars are turned up, the drums are louder and Marx’s vocals have a gruff, growl to them that wasn’t in evidence on the Pop section but, my god, it works!

‘Shame On You’ has a real Evanescence feel to it in the chorus and some really meaty, post-chorus riffage which is a headbangers delight! ‘My Love, My Enemy’, co-written with Matt Scannell of Vertical Horizon, is awash in huge vocals, big harmonies and immense backing vocals. Marx’s vocals on this track are replete with a sort of cynical sneer that befits the song to a tee. ‘We Are Not Alone’, meanwhile, opens in pure Sum41 style with a monster riff straight out of the early noughties and builds to an elongated chorus about resilience and unity. This track could be the perfect concert opener should Marx want to pin his audience into their seats when he tours this record across the autumn and winter ahead!

My favourite song in the Rock section is the sublime ‘Just Go’. Big drums open the track, a baseline kicks in and then the chugging guitars and intense, urgent vocals transport you into that part of the Venn diagram that John Waite’s ‘Missing You’ resides in. ‘You make me wanna start new…..don’t look back, let’s go,’ Marx sings as you are transported back to 1987 with consummate ease.

The songs in the Country section, thankfully, are just as good as their Rock predecessors, so when that transition occurs there isn’t any dip in quality at all. The elephant in the room, for myself as a Country writer, is that, for me, it’s a little tenuous throwing the term Country around, despite the pedigree of some of the collaborators on offer. ‘Everything I’ve Got’ has a slightly southern guitar sound and cleaner vocals than Marx was using on the Rock songs but it is a song that would have easily passed for Hard Rock and been on heavy rotation on Headbanger’s Ball back in the day. It’s a great song, it reminds me of Scottish rockers Gun, who had big hits in the late 80s with tracks like ‘Better Days’ and ‘Steal Your Fire’. It also serves to remind those of us who have seen the last five decades that the lines between genres and styles have definitely blurred in recent times.

‘Misery Loves Company’, co-written with Marx’s son, Lucas, has a delightful chorus and a big Florida Georgia Line ‘Cruise’ sounding guitar line. ‘One Day Longer’, co-written with Keith Urban, has a definite Urban-esque cadence to its melody and structure and would have sounded easily at home on Urban’s ‘Get Closer’ album before he began evolving and experimenting with his own sound. ‘Breaking My Heart’ is all chugging guitars and heartbreak whilst ‘We Had it All’ is a moodier, darker song that feels like it could be the sister song to Marx’s very own iconic hit, ‘Hazard’. These are all great songs. Well crafted. Infectious. Country though? I’m not so sure.

The album’s final quarter is the ballad section. ‘Always’, co-written with Burt Bacharach is all piano and late night hotel bar feels. It’s a classy song that suits Marx’s clean vocals as it flirts with a kind of musical, Broadway sound that veers into Disney territory in places. ‘Maybe’ is a lovely acoustic guitar driven ballad about finding love the second time around that would be ideally suited to intimate halls whilst ‘Never After’ brings the Blues to the project on a gentle but urgent song about attraction and desire that weaves a beguiling spell the more you listen to it.

However, it is on ‘Still in My Heart’ and ‘As If We’ll Never Love Again’ that the ballad section really delivers. The former, written with Richard Page of Mr Mister fame, has a soaring chorus that hits you right where you need it to every single time you listen to this unique and original song. ‘As If We’ll Never Love Again’, meanwhile, written with 90s Country songwriter Gary Burr, has such a huge orchestral opening that it will make you think you are heading into church! The piano kicks in, alongside the vocals and the song transform into something akin to a Meat Loaf epic. It’s all sweeping drama and soaring vocals with a slight Broadway or West End sheen on top for good measure.

‘Songwriter’ is an audacious and ambitious project that only a writer as experienced, as skilled and as versed in the ways of the music industry as Richard Marx is could have pulled off. This project is a triumph. A triumph of vision and execution that deserves to be cherished for what it is. At 59 years old Richard Marx has just released one of the best albums of his career. Imagine what could be coming down the line next!