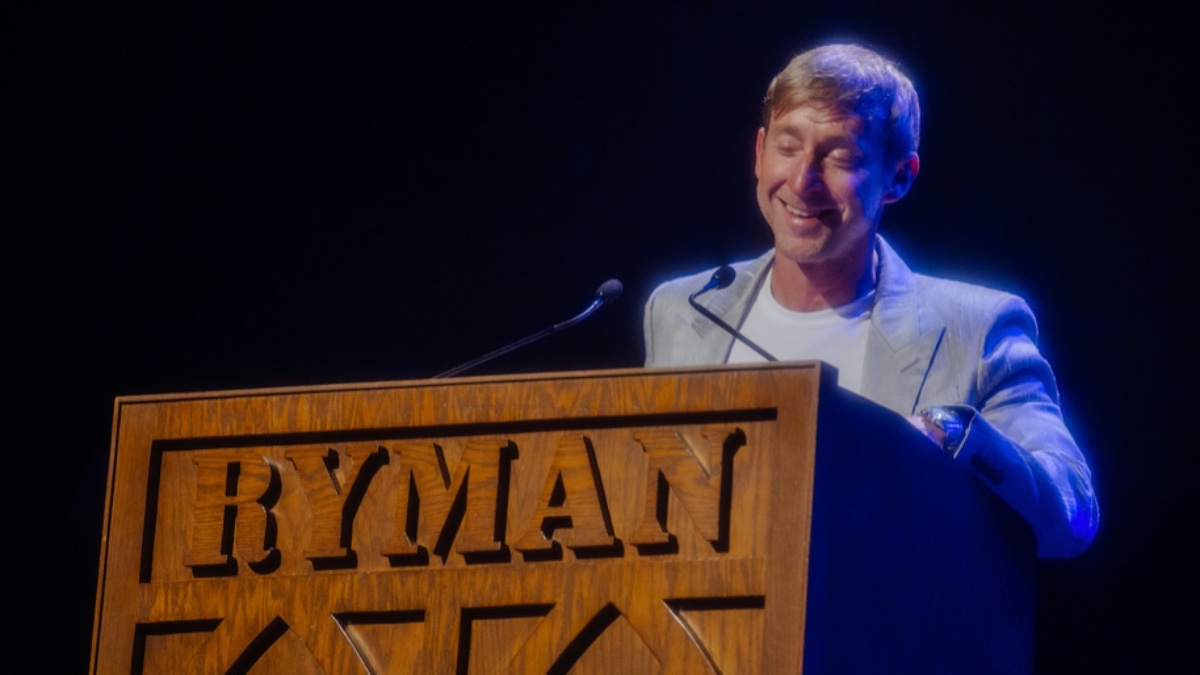 Gorley was also decorated with ‘Songwriter of the Year’ and two ‘Songs I Wish I’d Written” awards for ‘You Should Probably Leave’ recorded by Chris Stapleton and ‘Sand In My Boots’ recorded by Morgan Wallen. The 5th Annual Nashville Songwriter Awards presented by City National Bank was stacked with performances from fellow artists and writers honoring Gorley’s unprecedented achievements over the last decade.

“What a strange dream,” shared Gorley. “I don’t know what’s going on. I’m blown away. You all make me feel special. A wild ride it’s been. Ten years is a long time. But it’s not as long as 11 years, which is how long I was in Nashville before I had a hit on the radio. And I’m grateful for those years, because it teaches you how hard it is. Being a part of a community with people like me, you feel like you’re part of a family…. It’s a huge deal to have somebody believe in you. I am very, very honored. You really, really made me feel loved tonight.”

“I have so much respect for Ashley Gorley. His talent as a songwriter is obvious, but his work ethic combined with that talent is truly inspirational,” Thomas Rhett shared to NSAI. “He’s one of the hardest working and most passionate people in town and truly deserves this honor.”

The evening’s star-studded lineup kicked off with performances of a few of Gorley’s most loved songwriting cuts from the last ten years, beginning with Parmalee’s ‘Take My Name’ followed by HARDY with ‘GIVE HEAVEN SOME HELL.’ Later in the show, Gorley was crowned with the coveted decade award by reigning ‘Songwriter of the Decade’ recipient Craig Wiseman before Thomas Rhett took the stage to perform ‘What’s Your Country Song.’

Tape Room writers Ben Johnson, Wyatt McCubbin and Hunter Phelps performed a tribute medley of Gorley’s hits including his first ‘Song of the Year,’ ‘You’re Gonna Miss This’ (Trace Adkins), and snippets of legendary songs like ‘Don’t Forget To Remember Me’ (Carrie Underwood), ‘Dirt On My Boots’ (Jon Pardi) and his most recent No.1, ‘She Had Me At Heads Carolina’ (Cole Swindell). R&B powerhouse Babyface and Gorley’s longtime inspiration finished off the tribute with an R&B rendition of ‘Unforgettable’ (Thomas Rhett).

The ceremony was capped off with a speech and performance of “All Too Well (10 minute version)” by ‘Artist-Writer of the Decade’ winner Taylor Swift. Other performances throughout the night included on stage performances by Little Big Town, Luke Combs, Sam Hunt, Walker Hayes, Jordan Davis, and more.